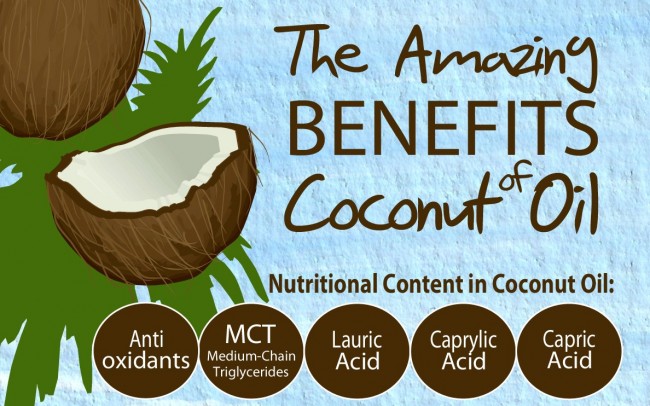 Credit: The Amazing Benefits of Coconut Oil [INFOGRAPHIC] by NaturalHealthyConcepts

4. Claim: Coconut water can be used to give emergency plasma transfusions if necessary.

True: Coconut water is a natural isotonic drink, with the exact same electrolyte balance that our blood has. In fact, some people have gone so far as to call it the ‘fluid of life.” During the Pacific War of 1941 to 1945, both sides of this war used coconut water, siphoned directly from the coconut itself, as emergency transfusions. Plasma makes up about 55 percent of our blood, so it’s vital when it comes to saving lives. In 3rd world countries, coconut water has saved many people when it was used as an emergency IV.

5. Claim: Coconut water is a virtual fountain of youth and stops aging.

Sort Of: Although it’s true that coconut water is packed with plant hormones called cytokinins (hormones that control the development and aging of plants) it might be a bit far out there to say that it stops aging. The cytokinins in coconut water do support cell division and encourage rapid growth but they won’t put aging on hold. It can help to slow the effects of aging, however.

Research has suggested that when people consume diets rich in cytokinins, they have a lower risk of developing age related disease and degenerative issues. Coconut water is the richest natural source of cytokinins, so drinking it certainly won’t hurt but it won’t stop your next birthday from coming.

Sort of: Although there have not been studies done, if you normally drink quite a few glasses of fruit juice or soda and you exchange those for coconut water, then you will be consuming fewer calories, which will cause you to lose weight.

Coconut water does have many enzymes that will help your body digest your food properly, so you could substitute coconut water for plain water in your smoothies for some extra help in the digestion department.

7. Claim: Coconut water will cure everything from parasites to dysentery

False: There have been no studies to prove that any of these claims are true. Although coconut water has long been used in traditional medicine for bladder infections, diarrhea, stomach flu, and urinary tract infections but you will read some claims that say coconut water can kill cancer cells, cure diabetes and other chronic illnesses, as well as reverse kidney disease. In Jamaica it’s used as a heart tonic. None of these things have been proven to be fact.

There was a research study done in the Philippines that found that drinking coconut water at least 3 times per week appeared to reduce kidney stone size, but there is no proof coconut water has any miraculous compounds that will stop or reverse disease.