Acupuncture? This Is Why You Need To Try It!

For thousands of years, cultures in East Asia have experienced the benefits of the ancient practice of acupuncture. For many people unfamiliar with the practice, it can look like form of torture. Sticking needles into your skin? How could that possibly HELP with pain?

But as you’ll learn in this article, acupuncture may be just the solution you need to deal with chronic pain and relieve stress without resorting to medication.

What exactly is acupuncture?

Acupuncture has traditionally been used to alleviate bodily pain and relieve stress. Despite what you may have heard, it is not simply a medical practice designed to relieve pain. It was actually just one practice in a larger approach to health and wellness originating in China, Korea and Japan. It was not well known outside of East Asia until the 70s, when it was introduced to the United States and then continued to spread.

One of the core ideas behind acupuncture is the concept of a type of energy that flows through the body called chi in Chinese or qi in Japanese. According to traditional Chinese medicine, chi flows through the body along specific pathways. Sometimes, these pathways can become obstructed, leading to physical pain, discomfort, disease or weakness. Along these chi pathways, there are over 2,000 points that ancient acupuncture practitioners identified as locations where the chi can become blocked. By applying pressure or inserting a small, sharp needle into these points, acupuncturists believe they can help free the blockage and allow the energy to flow properly again, restoring equilibrium and ensuring health. In the distant past, practitioners would use fish bones, or stones. As the practice became more refined, specially carved bamboo needles were designed.

Modern acupuncture utilizes special steel needles, which, unlike traditional hypodermic needles, do not flare out at the point, since nothing is being injected. Rather, the point is very fine and neatly separates the skin, resulting in a mild sting rather than a sharp pain. The needles are usually kept in for around 20 minutes, but some acupuncture methods call for leaving them in for closer to an hour.

Regardless of whether you acknowledge the role of chi in physical health, scientific studies have proven that acupuncture does indeed work. Studies show that the needle insertion can stimulate the central nervous system to release chemicals which fight pain and inflammation.

Acupuncture can help stimulate the release of opioid chemicals by the brain, which act as a natural painkiller. One chemical associated with acupuncture is adenosine, a neurotransmitter which has been linked with pain suppression and can help those with insomnia fall asleep easier.

With regard to inflammation, acupuncture can be especially beneficial. A study showed that acupuncture can downregulate M1 macrophage cells, which have been linked to inflammation. Simultaneously, it showed that the insertion of the needles can actually activate M2 macrophage cells, which have an opposite, anti-inflammatory effect. The result is reduced swelling and pain and an increased feeling of relaxation.

Acupuncture has even been shown to have psychological benefits. A study done on cancer patients showed that acupuncture helped reduce feelings of anxiety and depression over the course of eight weeks. 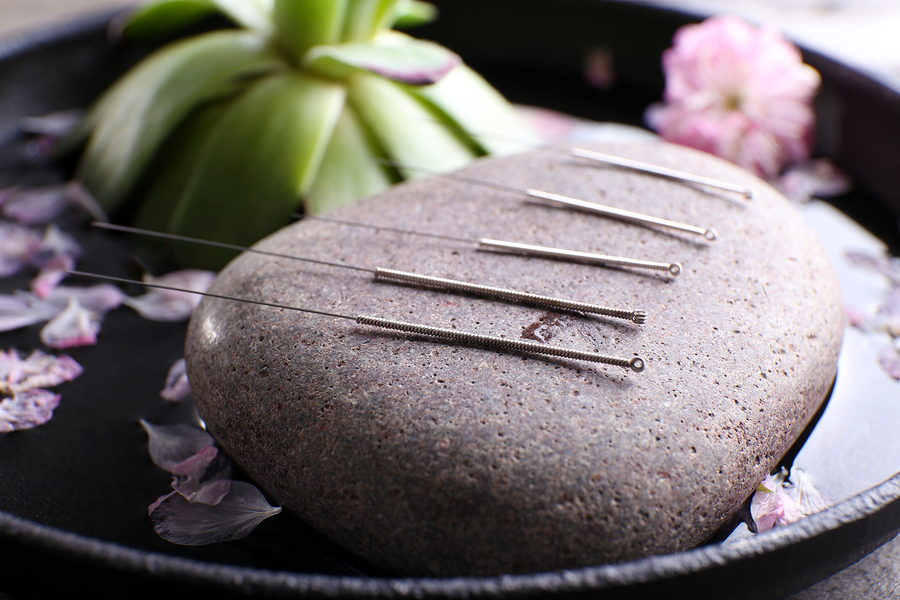 What conditions can acupuncture help with?

Acupuncture has been shown to be effective in relieving pain associated with muscle soreness, sprains, and stiffness. It is also beneficial for people with more serious, chronic conditions, like arthritis. One study performed at Chengdu University of Traditional Chinese medicine found that acupuncture can be quite beneficial to people living with knee arthritis. The six-month study involved over 550 participants, who each received acupuncture treatment four to five times a week, as well as a Chinese form of massage called Tui Na. Researchers found that the participants receiving acupuncture experienced a 40 percent improvement in functionality and decrease of pain versus the control groups.

Acupuncture has also proven to be beneficial for people undergoing stroke rehabilitation, women dealing with morning sickness and menstrual cramps, and cancer patients dealing with side effects of chemotherapy.

Consult with your doctor and an acupuncture practitioner to see if it is right for you. Even if you have a serious medical condition, acupuncture could prove to be highly beneficial for you on top of your existing treatment.