The Benefits Of Walking

What did you do today? You’re probably thinking, “Well, I woke up, had breakfast, did my morning commute, went to work, had some meetings, and then went home.”

That’s not what we mean. What were you doing physically all day? You might have been engaged with a variety of different tasks, but what were you physically doing that whole time?

The modern human living in a developed country spends an astonishing amount of time sitting down. No matter if you’re eating lunch, typing emails, attending a meeting, driving or watching TV, your body is the same position: sitting.

The increasingly sedentary lifestyle has been proven beyond all scientific scrutiny to be linked to a plethora of health problems and increased likelihood of disease. Simply put, the more you sit, the sooner you die.

The fact is, the human body is designed to move. Our ancestors led vigorous, physically demanding lives. All day they were on their feet, hunting, gathering, and working with their hands. They were not sitting in a climate-controlled office filling out TPS reports all day. They were not watching TV, and they definitely were not hunched over a keyboard checking Facebook.

Humans lived active lives for some 200,000 years, and the proto-humans we evolved from lived in this way for millions of years before that. It was only in the last 100 years, with the advent of modern industry and the 9-5 workday, that it became “normal” to sit down for so many hours every day. Combine this with the modern diet filled with processed foods loaded with sugar and unnatural fats, and you have a recipe for a public health disaster. We are paying the price for it now: levels of obesity, diabetes, cardiovascular disease and cancer are the highest they have ever been. Modern man is surround by luxuries and technology his ancestors could only have dreamed of, yet he is plagued by illnesses which “primitive” peoples living hunter-gather lifestyles have never even heard of.

Between work, driving, eating and resting at home, the average American sits down for 10 HOURS a day, and other industrialized countries are not doing much better. If you sit down all day, your gluteal (butt) and leg muscles will also begin to atrophy. Your lower body is much stronger than the upper body, and if it begins to deteriorate, your whole body’s strength will go down as well. It also leads to stiffness and pain in the hips and back. Since many people tend to hunch over while sitting down (especially while working at a computer), excess sitting contributes to poor posture as well. In addition to all this, too much sitting down causes blood to accumulate in your calves, leading to unsightly varicose veins and even blood clots in your legs. 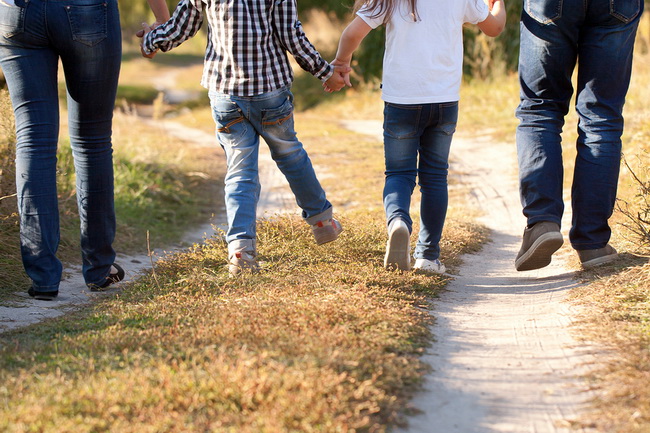 The Benefits of Walking

Luckily, reversing the problems associated with a sedentary lifestyle is relatively simple: just go for a walk. If the problem is sitting still too often, then walking is by its very nature is the simplest solution. As Kathy Bowman, the author Move Your DNA: Restore Your Health Through Natural Movement so perfectly put it: “Walking is a superfood. It is the defining human movement.”

It’s pretty amazing how many health benefits can be attributed to the simple act of using your body the way it is meant to be used.

A simple 20-25 minute walk through your neighborhood is all it takes to ward off so many of these problems. As forms of exercise go, walking is not as rigorous as, say, using a rowing machine or lifting free weights, but if all you did was go for a short walk every day, you’d be far, far better off than someone who doesn’t do any physical activity at all.

The benefits of walking include lowered blood pressure, and a lowered risk of cancer and cardiovascular disease. A study involving men over age 60 showed that regular walking dramatically lowered their risk of a stroke.

Walking also improves your mood. This is due to the release of endorphins, natural pain-killing chemicals which are released during physical activity. This is what produces the sensation known as a “runner’s high.” It can be triggered by walking, too; it just takes longer. Endorphins released during any form of exercise act as a natural anti-depressant and improve your overall sense of wellbeing.

READ ALSO: Why You Need To Start Doing Water Workouts

There is no downside to using your body the way it was meant to be used. A simple walk down the street is all it takes to get you started on a healthy lifestyle. No matter how out of shape you may be, walking will benefit you; like that old saying goes, the journey of thousand miles begins with one step. In this case, we mean that quite literally.