Email
Home   >   Health News   >   The Most Powerful But Totally Natural Antibiotic Recipe EVER!

The Most Powerful But Totally Natural Antibiotic Recipe EVER!

As you probably learned in history class, during Medieval times and at other periods in history, there were numerous diseases, epidemics, and viruses that took millions of lives around the world. This forced people to try different means of naturally fighting disease and improving their own immunity. (Although they were not aware that they had an immune system, they somehow instinctively knew that some people did not get sick while others did.)

One of the things our ancestors found was that certain foods appeared to stop people from either becoming sick to begin with, or that they helped sick people recover quickly.

Of course, our ancestors didn’t know why certain foods worked so well, but we do.

We are going to tell you about a recipe for a super antibiotic tonic that will kick just about anything to curb, including colds, the flu virus, infections, and any other creepy crawlies that might be headed your way.

First, let’s talk for just a minute about the ingredients in this tonic and why they are so helpful for the body.

Apple cider vinegar has been used for centuries to help with everything from scrubbing floors to killing parasites. These fermented apples have long been used as medicine. In fact, many of the remedies that Hippocrates used involved just honey or apple cider vinegar. Apple cider vinegar is super rich in potassium. Potassium is necessary for strong bones, teeth, and the regulation of our blood pressure levels. A lack of potassium has long been known to cause hair loss, brittle nails and teeth, runny noses, and sinusitis. Apple cider vinegar will also help your body naturally detox.

Chili peppers are one of the most powerful natural circulation stimulants on the planet. They are antimicrobial, and fight off disease due to their antibiotic compounds as well. Chilies are also powerful pain reducers as well as expectorants and decongestants.

Garlic has long been used as an antibiotic. While prescription antibiotics kill everything in their path, good bacteria as well as bad bacteria, garlic only targets the bad bacteria. Garlic is a powerful antifungal agent known to kill pathogens in the body. The most powerful duo ever is the combination of garlic and onions. Onions are a close relative of garlic, and the two tend to go hand in hand. Onions are also powerful stimulators of the body and are known to fight flu viruses as well as clear out congested sinuses.

Turmeric is the most potent spice of them all! Powerful anti-inflammatories provide super healing power while numerous antibacterial agents fight infection.

Horseradish is often thought of as merely a food flavor enhancer, but it has been used as medicine for hundreds of years. This is another powerful tool when you want an expectorant, sinus decongestant, and pain reliever all in one.

Last, but by no means least, is ginger. This is another powerful anti-inflammatory that improves digestion and increases the blood circulation. It also smells like a bit of heaven!

Now that you know why these ingredients can help fight disease and viruses, let’s get busy with the recipe so you can have it on hand the minute you need it.

Just a word of warning: Be very careful when cutting and mixing this recipe. Chili peppers can really burn the eyes if you accidentally rub them with fingers that were used for chopping. Also, the smell is very strong and might cause your eyes to tear up. You might want to consider wearing gloves and goggles or sunglasses, or at the very least, wash your hands frequently and open the windows! 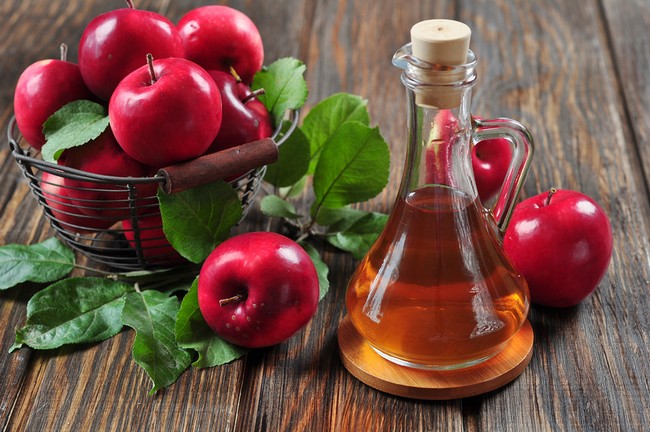 In a large glass jar, such as a Mason jar, add all ingredients except for the apple cider vinegar. Once everything is inside the jar, pour the apple cider vinegar over the top, leaving about one to 1.5 inches of space at the top. Close the jar and shake it for about 20 seconds. Place the jar in a cool, dry place out of direct sunlight (such as a kitchen cabinet). Shake the jar once each day (or twice if you can remember!) and allow it to steep for two weeks. You don’t need to put this in the refrigerator unless you live in the tropics!

After two weeks, filter the liquid using cheesecloth into another glass container. Squeeze the cheesecloth to be sure that you are getting every last drop of antibiotic goodness!

That’s it! You might want to start another jar at this time so that even if everyone in your family should come down sick, you won’t run out.

For sore throats: Gargle with about a tablespoon twice each day

To strengthen the immune system: Start off slowly until you become accustomed to the taste. Rinsing your mouth afterwards with water will help cut down on any burning sensation from the chilies. Start with one teaspoon each day. Gradually increase the dose until you are consuming a shot glass full each day.

To fight a cold or flu virus: Consume one teaspoon at least three times each day. If you have congestion, you might want to warm up a shot glass full, breathe in the steam, then drink as much of it as you can.

This tonic is safe for pregnant women, but you should always check with your doctor first. This is not recommended for children under 10 unless they are used to eating spicy foods.

Keep in mind that this is very potent and spicy hot! If you are sensitive to spicy foods, you might want to mix this with some water or add it to some soup to help tone it down.

Related Posts
cold and flunatural recipesnatural remedies
Help Us Spread The Word!
Like Us On Facebook To Stay Updated!
I'm already a Naturalon fan, don't show this box again.