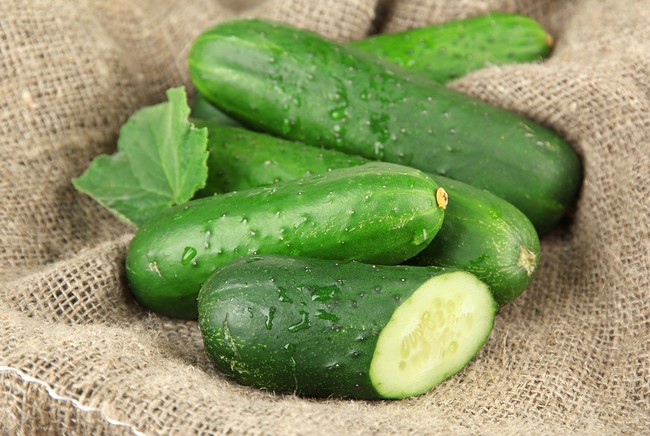 2. They have a good nutritional profile

The parts of a cucumber that have the highest concentration of nutrients are the skin and the seeds, so don’t throw those parts away! They offer nutrients like beta carotene, which helps maintain healthy eyesight, as well as modest amounts of vitamin A, vitamin K, vitamin C and minerals like potassium, which plays an important role in balancing the levels of sodium in the body and lowering blood pressure.

Cucumbers also have phytonutrient compounds that offer some potentially significant health benefits. Research suggests that two types of compounds in particular, cucurbatacins and lignans, may protect against some forms of cancer. A study in the Journal on Cancer Research suggests that one of these compounds, called cucurbitacin B, contributed to apoptosis (cell death) of pancreatic cancer cells. Other scientific reviews have found promising data regarding cucumber phytonutrients and other forms of cancer as well. While we certainly aren’t making the argument that cucumbers are some kind of magic cure for cancer, this is definitely interesting news that warrants further research.

3. Cucumbers are great for your skin

You’ve probably seen photos of people in spas with cucumbers slices on their eyes. There’s a reason for this: Cucumbers contain chemical compounds that can help reduce puffiness and inflammation and keep the skin hydrated. Eating lots of green foods in general is linked to having clear and healthy skin, and cucumbers are no exception.

How much more evidence do you need? Go pick up some cucumbers at the store today! They’re cheap andversatile and they offer so many health benefits that there’s just no reason not to be eating more of this common and underappreciated resident of the veggie aisle.