Email
Home   >   Health News   >   The Problem With All This Plastic (It’s A Bigger Problem Than You Think!)

The Problem With All This Plastic (It’s A Bigger Problem Than You Think!)

As with everything in this world, there is a payoff for convenience. We can fly around the world in hours, but the air smells of gasoline. We can drive through and get hot food in just a few minutes, but the health quality of this food leaves a great deal to be desired. Our love of inexpensive plastic products has made food and water distribution and storage much easier, but the damage that plastic is doing to both our health and the environment is detrimental, to say the least.

Our health, as well as the health of the planet, would benefit greatly if every person on this planet drastically reduced their use of plastic.

Why should we do this? Isn’t plastic recyclable? Well, yes and no. Let’s take a look at the problems with plastic one at a time.

First, there are certain chemicals in plastic that have received quite a bit of attention lately for the harm they cause, as well as their ability to leech out of the plastic and into whatever food or beverage the plastic is holding. BPA is often added to plastic to make them more durable, but did you know that before it was added to plastic, it was fed to cows and chickens to make them gain weight? Perhaps it also causes humans to gain weight as well. No one knows the answer as no studies have been done, but there have been plenty of studies linking BPA to hormonal imbalance as it mimics the effects of estrogen, which can also cause weight gain.

BPA has also been in numerous studies linking it to miscarriages, diabetes, decreased sperm quality, breast cancer and prostate cancer, allergies, and neurological problems, including ADHD.

More than 92 percent of people tested had detectable levels of BPA and other types of plastic chemicals in their blood stream, some of these subjects being newborn infants.

Another chemical in plastic is called phthalates, which are also found — believe it or not — in the air we breathe, mostly indoors. Many countries have banned phthalates, including the European Union as far back as 2005. Phthalates are known to be harmful to men and boys, especially when they have been exposed in utero. Phthalates are also linked to infertility in men, immune system impairment, and reduced testosterone levels.

One expert in endocrine health states that the rising rates of obesity in both humans and animals (including wild animals whose diets remain unchanged) are frightening. Most chemicals involved in making plastic are known endocrine disruptors, which might very well explain why we are seeing these problems all over the world.

Also, when you consider just how long it takes plastic to break down (estimated at thousands of years) and the high levels of plastic found even in areas where humans do not live, it’s pretty easy to see just how big of a problem the whole world has with plastic. 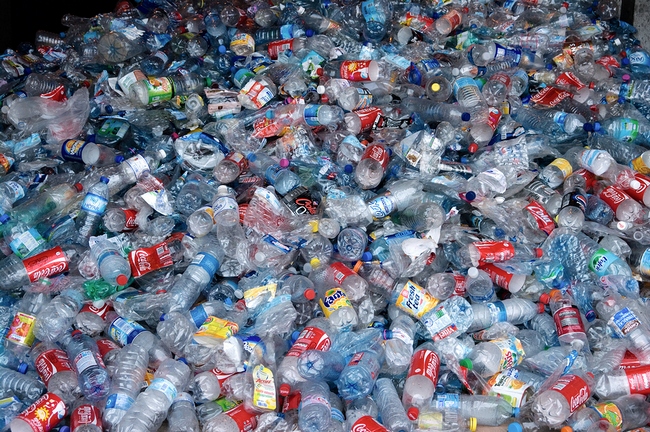 Even if you go out of your way to avoid using plastic, it will still affect you. The salt in ocean water as well as the UV light of the sun causes microscopic particles of plastic to emit a wide variety of toxins including DDT and PCBs. When consumed by marine animals, their bodies mistake these chemicals for sex hormones, which also causes a wide variety of symptoms very much like endocrine disruption. These types of chemicals tend to accumulate in organisms as the food chain evolves. This means that, eventually, humans eat these fish that are now inundated with toxic plastic chemicals. Nice, huh?

One report, listed in Reuseit, states that:

These numbers are truly scary and disgusting.

It’s easy to see numbers like this and think, “Ok, so what does it matter? What is my one little plastic bag going to do to the 1 billion number?”

Plastic for this generation might be what cigarettes were to our parents’ generation.

Believe it or not, at one time, smoking was encouraged. No one imagined that it could really harm you. Some brands of cigarettes were even endorsed by doctors! Even sodas were once marketed as being “healthy” for infants!

We now look back on these things and literally LOL at the idea that cigarettes were safe and that babies should be given sodas, but isn’t this the way we currently dismiss plastic?

OK, so now that we know all about just how much of a problem plastic is in this world, what can we do about it?

2. Find ways to reduce the amount of plastic you buy.

3. Switch to reusable, cloth grocery bags rather than use plastic bags. Make your own from old t-shirts or buy some at any grocery store in town

4. Stop buying food that comes in plastic as much as you possibly can. Not only is this good for the environment, but it will be a huge step in the right direction regarding your health. Make a commitment that you will not buy anything that comes wrapped in plastic

5. Buy wood or metal toys for kids, rather than plastic

6. Use glass, ceramic, and metal dishes

7. Use silverware, not plastic forks and spoons

8. Bring your own stainless steel or glass bottle to buy drinks when you are not at home

9. Replace those plastic food storage containers, plastic wrap, and plastic bags with glass or stainless steel containers. Even silicon containers are a better option for storing food than plastic!

10. Use cloth diapers instead of disposable

Also, let’s not forget to recycle as much as humanly possible. Plastic, even broken or damaged plastic, can be recycled. Don’t throw plastic anything into the regular garbage. Look for recycling centers and save not only your health, but the health of the planet.

Keep in mind that we only get one body and (as of right now anyway) we only have one planet. Let’s keep both of them healthy by ditching the plastic.