This Is How Hormones Are Responsible For Your Weight 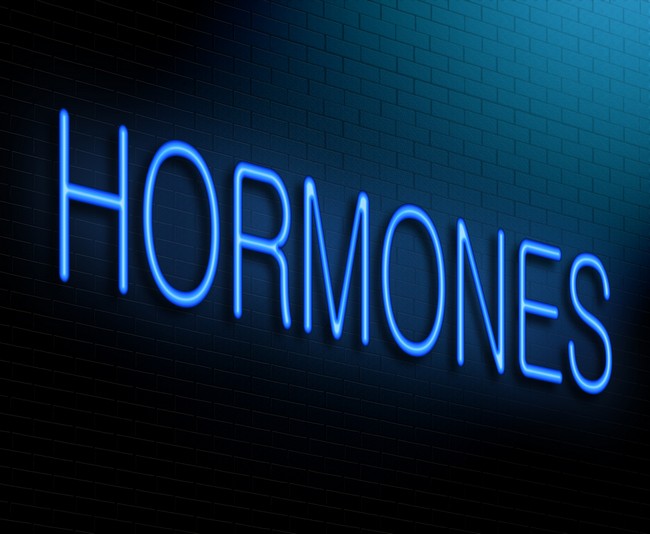 Hormones are responsible for more than just the occasional binge eating and unusual cravings. As the levels of hormones change in your body, they control nearly every aspect of your weight from when you get hungry to when you’re most likely to store fat. Even fat cells themselves secrete multiple hormones. And guess what? You can actually harness and use these hormones to your advantage to achieve your weight loss goals. Read on to found out about the key hormones responsible for weight loss and how to include them in your strategy.

The hormone leptin plays a key role in appetite control. In fact, it’s the hormone that makes you feel hungry and reminds you when you’re full. Studies have shown that having increased levels of body fat can make a person develop what is known as leptin resistance, which essentially means your brain is no longer affected by higher levels of leptin which would normally trigger you to feel full and causing you to stop eating. You see where this is going, right? While it’s not exactly known why the body exhibits this behaviour, what is clear is that it’s self-perpetuating: The more weight you gain, the less full you feel, the more you eat, the more weight you gain…and so on. The good news is that you can fight back against leptin resistance by having a good diet and a regular exercise regime. One good tip is to eat a breakfast with a high fiber content which will keep you full well throughout the day and prevent you from craving sugary and salty snacks, which will perpetuate the problem.

Insulin is probably much more well-known than leptin. It’s role in the body is to pull extra glucose from the bloodstream when the levels of the sugar in your body shoot up, like when you drink a fizzy drink or just after eating a carb-heavy meal. If you eat too many carbohydrates such as white bread and pasta and/or consume too many sweets and fizzy drinks, insulin is likely to cause this excess sugar to be stored in the body as fat. Which of course is exactly what you don’t want! As with leptin, if you pile on extra bounds your body can also develop “insulin resistance”, which is precisely why overweight individuals are at a higher risk of developing diabetes, as they body no longer responds to insulin in the same way it did before, causing blood sugar levels to skyrocket. To prevent this and to control the amount of insulin your body produces, you must cut back on sugar. This could come under the obvious guise of alcohol and sweet treats like cake and biscuits, or it could be in the form of alcohol and refined carbohydrates. Switch these out of your diet as much as possible and replace them with fibrous foods which encourage a slow release of sugar in the bloodstream. This in turn means that your body is not having to suffer the spikes and drops which can send your insulin levels haywire. 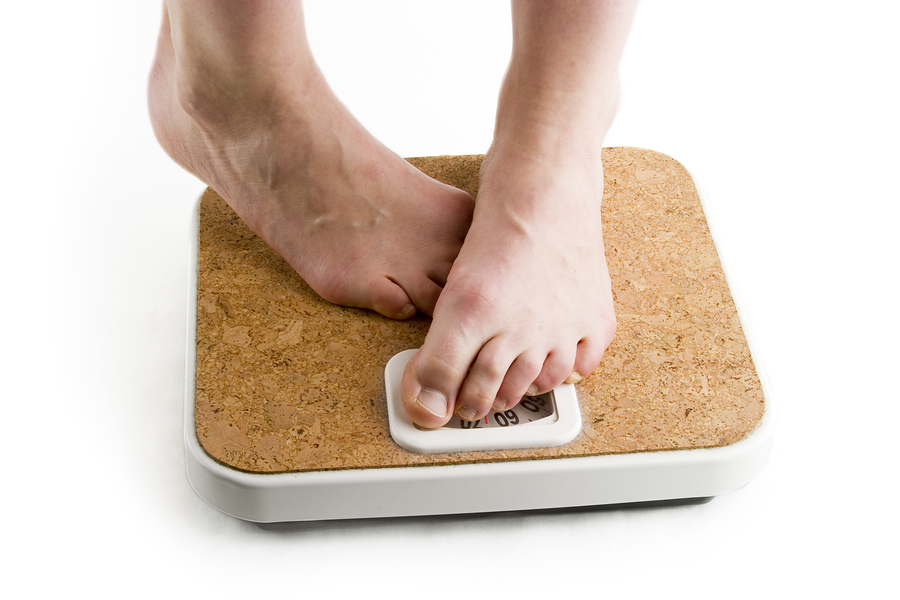 The hormone irisin is actually a relatively recently discovered one. It is produced by the muscles during exercise and is key in the battle of the bulge. This is because irisin turns white fat (the kind we all hate and want to get rid of, the hard to budge kind) into brown fat, which actually burns calories. The easiest way to boost the levels of this hormone in your body is to get your sweat on. A less obvious way is by lowering your body temperature, as research has shown that your body burns far more white fat at lower temperatures due to the effect that the latter has on your metabolic rate. Finally, this hormone can also help reduce insulin resistance so it’s definitely a good all-rounder!

Cortisone, also known as cortisol, is a hormone produced by the adrenal cortex in response to stress. It’s widely manufactured synthetic versions are used as anti-inflammatory and anti-allergy agents so it’s definitely a more well-known one on this list. It’s also used as a steroid in the world of professional sports, but often illegally. This hormone can affect and induce severe weight loss and weight gain. These are often listed as side effects on medications which contain it. This is because cortisone affects the appetite causing a person to eat much more or much less. Obviously, reducing stress in your life will help rein in this fat-storing hormone, but there’s another very common source of the problem: Daily coffee which elevates cortisol dramatically causing your body to hoard fat when you least need to. Another good way to control the production of it in your body is to practise things which make you feel calmer as your body will produce more of it in when under stress. Brisk walks in nature are a good option as is yoga and regular meditation. 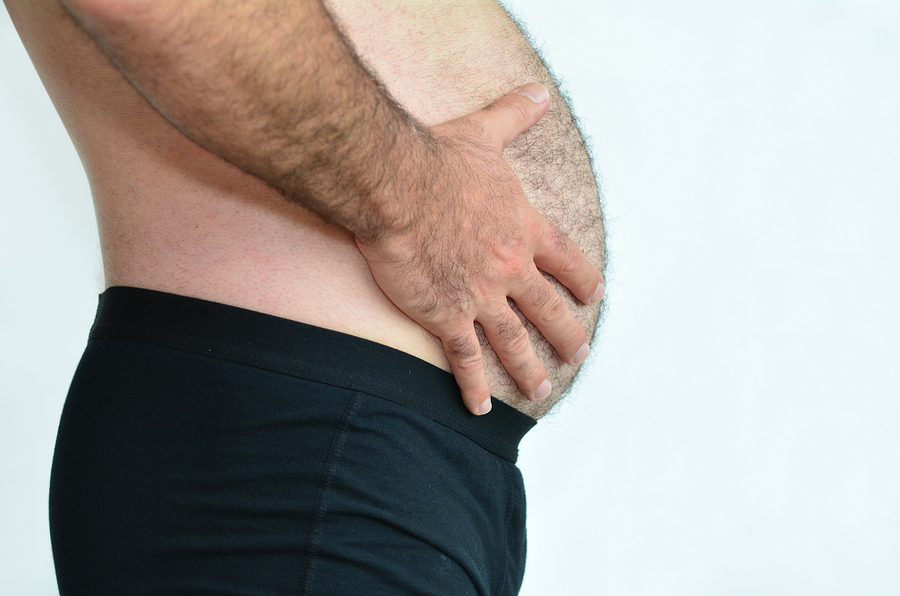 Estrogen is a hormone whose levels in the female body vary depending on where she is in her menstrual cycle. It is responsible for the cravings and increase in appetite many women get just before and during menstruation. Estrogen also makes women store fat more in the subcutaneous areas (fat just under the skin and in the arms and legs), versus the deep belly fat in the middle of the body. The hormone may have a different impact on deep abdominal fat, either not impacting it at all or speeding its release. This may be one reason why menopausal women who have lost the influence of estrogen see their fat distribution switch to the belly. Basically, a normal level of estrogen will actually keep you lean and help you in your weight loss journey. But how to bring your levels down to normal? Well, a good first place to start would be with alcohol. When alcohol is metabolised by the liver, the process actually creates a boost of estrogen in the body, which is exactly what you don’t want when trying to lose weight. By cutting meat out of your diet, preferably all together, you’ll go a long way to reducing the estrogen in your body. This is primarily because meat contains a type of fat with its own estrogen problem. Conventionally raised farm animals are overloaded with steroids, antibiotics, and toxins from their feed and the way they’ve been raised. When you eat them, those substances are released into your system. They can behave like estrogen in the body adding to your overload.

Testosterone on the other hand is the well-known male hormone, although its also very much present in the female body where it works in exactly the same way, and it definitely has an influence in weight loss. Testosterone helps build muscle, which ramps up your insulin sensitivity, maintains metabolic health, and delivers all kinds of other important benefits. Having low levels of testosterone may contribute to insulin resistance, the metabolic inability to handle carbs, meaning that any carbohydrates you do eat will quickly be turned into fat tissue, the opposite of what you’re aiming for. Lower testosterone levels are also associated with other aspects of metabolic syndrome. But here’s the catch: Weight loss lowers the levels of testosterone in the body. The solution: Preserve lean mass while losing weight. The more of your muscle mass you keep, the less testosterone you’ll lose. You can do this by practising resistance training such as weightlifting while losing weight in order to maintain muscle mass and strength. You can also ensure that you’re eating the right amount of protein based on your activity levels and body goals, but don’t overdo it because that’s not good either.

So, there you have it. If before you thought that hormones were just chemical signals in your body that you had little or no control over, you were wrong! When properly controlled and maintained through a healthy diet and exercise, levels of different hormones as listed above can have various positive effects as a part of your weight loss journey. Time to start rethinking your plan to include and make use of your body’s natural components to help you shit those pounds!