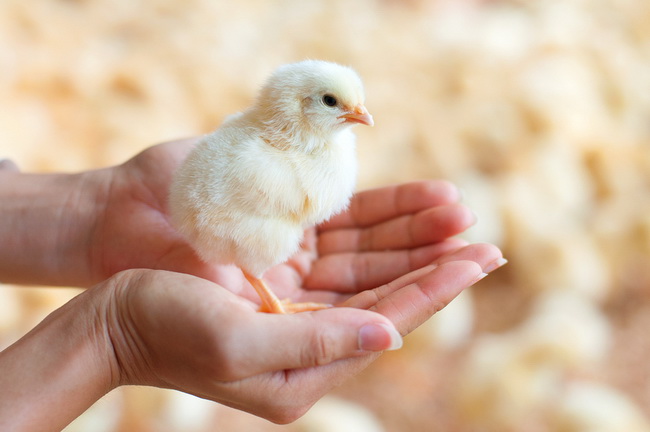 Whether you have backyard chickens or not, you have probably noticed in the news that a current outbreak of bird flu is devastating the American egg and poultry industries. The interesting thing here is that those who keep backyard chickens appear to be mostly untouched by this virus.

Bird flu is similar to any other type of influenza virus, with the exception that bird flu is lethal. It can kill a bird, a chicken, or a man in a matter of days. Unlike other types of influenza, however, this virus is not passed along very easily, and it tends to only affect the humans who work closely with birds. Unfortunately, like most viruses, bird flu can mutate and before we know it, this virus might just mutate itself into a strain that passes easily among humans.

Why is it that backyard chickens are not being affected by this virus? Because birds that are kept in close quarters, such as the way in which most birds are kept in factory farm situations, make the perfect breeding ground for viruses and other types of infectious diseases. This is why when a poultry farm finds even one bird with this virus, the typical response is to kill every bird in the flock.

SEE ALSO: Shocking 10 Foods Americans Eat that are BANNED in Other Countries!

This current outbreak in North America is the largest one in history and, so far, has made poultry operators kill more than 40 million birds throughout USA and Canada. However, as of May 14, 2015 the data from the United States Department of Agriculture shows that less than 10 percent of confirmed bird flu cases have been from backyard flocks.

The official reply of the government to any confirmed bird flu case is to drag through the surrounding area to find any other infected birds, including pet birds at residential areas, then test and quarantine any birds in the area. 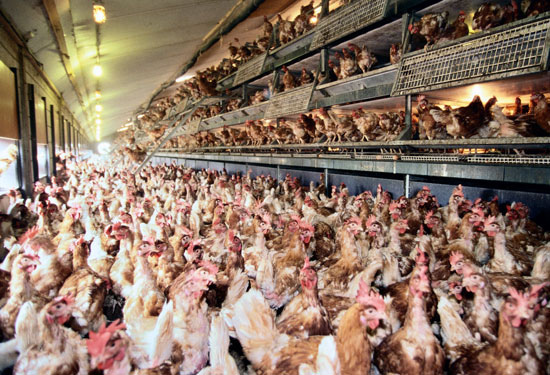 For example, in Iowa, all birds within 6.2 miles of one outbreak were tested and quarantined. Of the 400 flocks tested, more than half of these were personal, “backyard” chicken operations. Still, even though backyard chickens are more than half of the tested birds, they remain less than 10 percent of the problem.

Many officials describe this phenomenon as a “mystery.” Why? Because bird flu is spread through bird poop; specifically, by the bird poop dropped by wild birds. This should mean that backyard birds, which are allowed free range and spend considerable amounts of time outdoors, should become infected more easily. Factory farmed birds are generally kept in large, barn-like conditions where they should never come into contact with wild bird droppings.

Some explanations for this phenomenon from factory farmed poultry are that fans blow in droppings and feathers into their enclosed areas. They also have tried to state that there were breaches in sanitation. Both of these explanations have been investigated and disproven. As this epidemic spread, poultry producers really knuckled down and tried more stringent cleaning methods, but still the this epidemic has continued to spread throughout factory farms but has barely touched backyard birds.

Some researchers believe that perhaps the reasons as to why backyard birds have not been affected by this epidemic is that backyard birds are not living in such overcrowded conditions as well as that they spend more time outside in a more natural environment, which provides them with the protection they need. Warm temperatures and natural sunlight are deadly to the influenza virus.

The USDA is hoping that the worst of the outbreak is behind them as the warm summer months are just around the corner.

This does not mean that backyard birds are completely immune, as there have been a few reported cases. If you keep chickens in your backyard, be sure you take a few precautions to protect your birds such as wearing clean clothes when you deal with your birds. Wash your hands and boots before entering your coop so that you don’t pick up infected feces or feathers and bring them into your coop, and remove birdfeeders from your yards to encourage birds to temporarily go elsewhere until this epidemic has passed. You might also consider not allowing guests to enter your chicken coop.

No one likes the idea of not feeding wild birds, so if you must indulge, at least move your feeders as far as possible from your chickens to stop them from becoming contaminated.