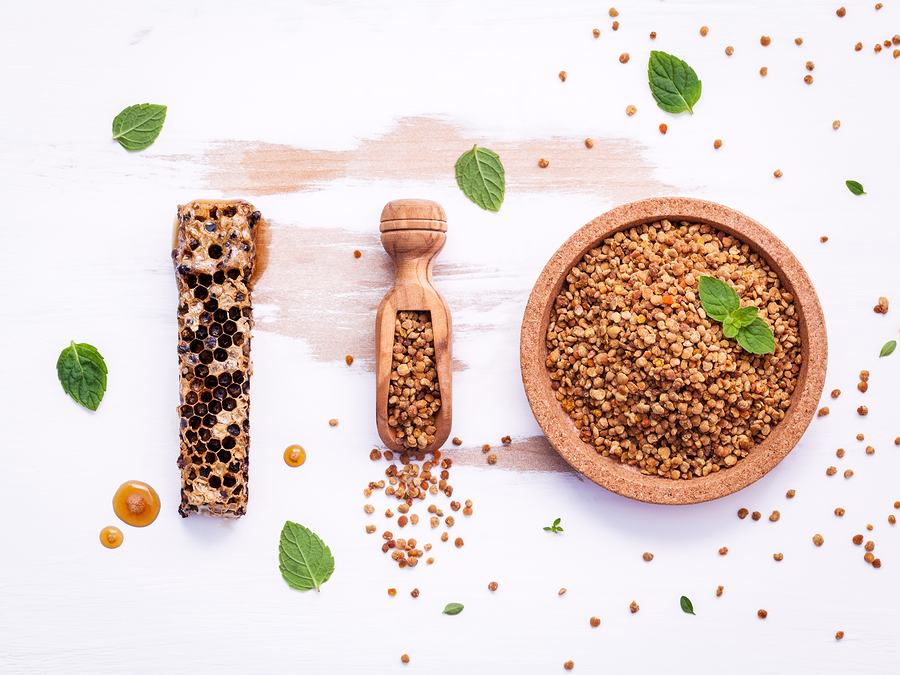 Propolis is a mixture which bees produce by combining saliva and beeswax with substances gathered from flowers, tree buds, and other plant sources. The clever, resourceful honey bees use the propolis to seal cracks and gaps in their beehives.

The substances have been used for hundreds of years by civilisations as a natural remedy for healing wounds, relieving itchy skin ailments, and treating chest infections. Latter day research has revealed that propolis, in addition to its anti-cancer properties, has several other health benefits. These include potent anti-inflammatory, antiseptic, antiviral, and antibiotic effects.

In spite of the myriad of excellent health benefits, it appears that the main claim to fame of bee propolis is its cancer fighting abilities.

How bee propolis helps colon and other cancers

Colon cancer is ranked globally as the third-highest occurring cancer, and scientists predict that one in twenty people will be diagnosed with the disease.

Scientists conducting studies, in search of a healthier way to treat colon cancer besides chemotherapy, which has devastating side effects, discovered a compound called Caffeic Acid Phenethyl Ester, also known as CAPE, in bee propolis.

The main ingredient in CAPE is a natural organic compound called polyphenol, which is found in several plants, and is also obtained from propolis on bee hives. This compound is not only an antioxidant, and an anti-inflammatory, but has certain cytotoxic properties relating to colon, breast, and other cancer cells.

Cytotoxic compounds are toxic to cells, and prevent growth and replication of harmful cells. Chemically manufactured cytotoxic drugs are used to treat cancer, but they come with some serious side effects.

Polyphenol, the natural biological compound found in CAPE, is easily absorbed into the body, and has absolutely no side effects.

Research and tests involving the colon cancer cells, showed that polyphenol in bee propolis caused the cancer to die by means of necrosis which cuts off the blood supply to the cells, causing them to die. The healthy, living normal cells were not affected.

This is especially evident in colon cancer treatment with bee propolis. Chemotherapy treatment, on the other hand, kills both cancerous and living cells, resulting in unpleasant side effects.

What about other cancers?

Extensive research has concluded that the cytotoxic properties in CAPE (polyphenol) are extremely effective in dealing with other cancer cells, including breast and prostate.

Breast cancer is prolific as it affects thousands of women worldwide, and unless it is diagnosed and treated early, often spreads to other areas of the body. Breast cancer sufferers may endure chemotherapy, surgery and radiation, to stop cancer spreading.

Prostate cancer is a killer among men across the globe. It is also often diagnosed after it may have spread, and can involve treatments like surgery, chemotherapy, and radiation.

Natural treatment with propolis may help to prevent cancers from occurring, and can certainly do an excellent job by promoting the death of cancer cells, and preventing the overwhelming spread of these dangerous cells to other areas of the body.

The many other health benefits of bee propolis

Besides the cancer fighting abilities, propolis has many other powerful health benefits. Here are details of some of them.

Bee propolis is rated by the WHO as one of the top 15 “superfoods” on the all-time list of being beneficial to health and well-being.

How to use bee propolis

The recommended way to take bee propolis is in the tincture form of propolis extract. Ten drops of the tincture can be added to water, oatmeal, morning coffee, or even a spoonful of honey. In fact, for oral treatment intake, it can be added to anything you eat. The healing properties will gradually begin to benefit your health in tangible ways.

For topical treatment of skin issues like cold sores, acne, herpes outbreaks, and other inflamed skin problems – there are excellent propolis ointments and balms which give immediate relief and healing. You can apply to problem areas up to 4 times per day.

The ointment and balms are high in antioxidants which combat free radicals that cause infections and inflammation. There are also high levels of healing factors such as vitamin A, C, B complex, and amino acids.

A lot of promise!

For researchers investigating alternative more wholesome treatments for cancers, without distressing, unpleasant side effects, bee propolis with the active ingredient polyphenol, shows tremendous promise for the treatment of colon, prostate, breast, and other cancers.

Related Posts
benefitscancerhealth benefits
Help Us Spread The Word!
Like Us On Facebook To Stay Updated!
I'm already a Naturalon fan, don't show this box again.