New Study: Melanoma Is Not Always Linked To Preexisting Moles 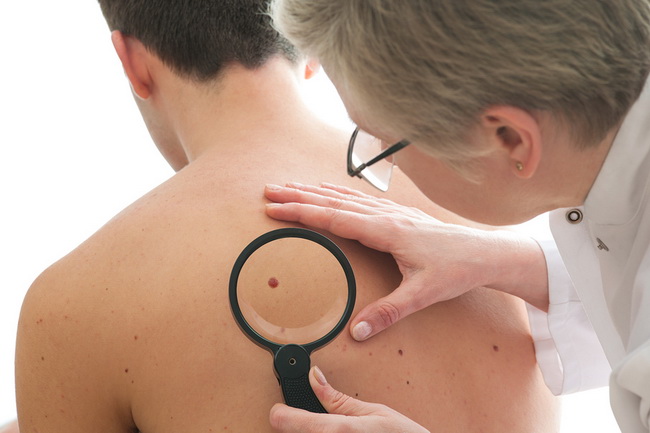 For a long time, it was generally believed that moles on the skin could develop into a melanoma, a serious form of skin cancer. But a recent story posted on Harvard Health Publishing suggests that in many cases, melanoma may in fact arise from new moles that never existed prior to the disease.

What is a Mole?

A mole is a growth on the skin which is usually brown in color. They are formed when skin cells divide into a cluster rather than evenly across the surface of the skin. The cells, known as melanocytes, are responsible for producing melanin, a natural pigment which darkens skin.

Some moles are present at birth, these are known as “birthmarks, while others form later in life, usually before the age of 25. The majority of moles are non-cancerous and not something to be concerned about. But certain rarer types of moles can develop into skin cancers, and for this reason it is at least a good idea to have a doctor look at it and confirm what type of mole it is.

The recent article in Harvard Health Publishing cities a review of 38 different studies on melanoma published in the Journal of the American Academy of Dermatology.  The researchers reviewed data of some 20,176 cases of skin cancer and found something interesting. Prior to what was previously believed, the majority of skin cancer cases developed from new moles, rather than harmless moles that had existed previously for a long time.

How You Can Protect Your Skin

Overexposure to ultraviolet (UV) rays from the sun is one of the most common causes of skin cancer. Luckily, protecting yourself from sun-related damage to your skin is relatively simple.

If you know you’re going to be outside and exposed to intense sunlight for more than a few minutes, put some SPF30+ or stronger sunscreen on your skin. This is especially important during summer months when the weather is warmer and people are more inclined to spend time outdoors, including in areas where there may not be a lot of shade like the beach.

It is important to note however that sunlight exposure is also what allows your body to synthesize vitamin D, which is an essential nutrient for maintaining your health. Vitamin D deficiency has been linked to illnesses like rickets, depression, and more. 10-20 minutes of unprotected sun exposure is enough to get a good amount UV rays to stimulate vitamin D production, but this will vary from one individual to another based on skin tone. People with lighter skin should be more cautious since they are more likely to get sunburned.

Use common sense and apply sunscreen when needed and you have a good chance of not developing any new moles which could develop into serious skin problems in the future.