Email
Home   >   Health News   >   Can the Leaves of This Tree Help Stop Diabetes and More?

Can the Leaves of This Tree Help Stop Diabetes and More?

The leaves of this tree are perhaps one of Asia’s most nutrient dense foods and long term consumption of these leaves have been linked to the treatment, even the reversal, of numerous health conditions such as high blood pressure, obesity, osteoporosis, macular degeneration, even cancer.

What is this tree? It’s the moringa oleifera, whose leaves, when taken in a powder form, have more than 50 different types of antioxidants and almost 90 types of nutrients. This tree is an important food source in many parts of the world because it can be grown easily and cheaply. The leaves keep many of their nutritional value, even when dried. The leaves are cooked and used similar to spinach but they can be dried and powdered for use as a condiment. 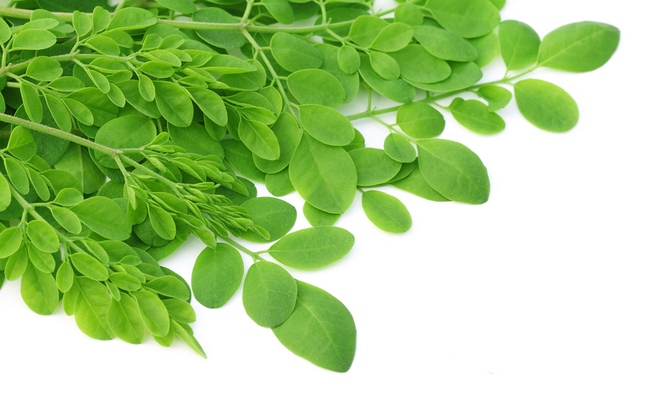 Although moringa has been used traditionally to treat anemia, arthritis, stomach pain, heart problems, and even cancer, it’s recently been shown to successfully treat another chronic ailment.

In the March 2014 issue of Acta Histochemica, a study states that we will have to add another disease to the list that this tree can help with: diabetes mellitus, a very common metabolic disease that affects perhaps more than 8 percent of the American population.

In this study, researchers in Egypt gave aqueous extracts from the leaves of the moringa oleifera tree to albino rats that had a type of induced diabetes. Over the trial period, the scientists monitored the fasting plasma glucose levels, as well as their levels of an antioxidant that is in the moringa leaves that contains its antidiabetic compounds, called glutathione, as well as a toxic byproduct called malondialdehyde, that is often found in high levels in persons who have diabetes.

By the end of the trail period, the rats that were given moringa extracts did much better than the control group that received no extracts. The moringa extracts reduced the rats fasting plasma glucose levels from 380 to 145 percent (which means that their blood sugar was reduced by more than 2.5 times). It also reduced their harmful levels of malondialdehyde but increased their levels of that important antioxidant, glutathione, from 22 percent to a whopping 73 percent! These are huge improvements in all areas!

Moringa is also used as an aphrodisiac, as an immune system enhancer, and as an astringent for the skin. It’s also been successfully used for treating abscesses, dandruff, gingivitis, warts, and athlete’s foot. Read also about colloidal silver as a strong antifungal remedy.

Now the word of this “miracle” tree is spreading and you will probably see health food stores flooded with moringa everything, from powders to tinctures, oils to teas. Although how you consume this plant isn’t really important, but what is important is that the product you buy is certified organic, and that it is certified “wild crafted”, which means it was harvested in the wild, not commercially grown and sprayed with pesticides. This plant is native to the Himalayan areas of Pakistan, India, Afghanistan and Bangladesh. Most moringa products that come from China are commercially grown and sprayed with pesticides so buyer beware! Always buy your products from reputable sources.

Related Posts
benefitsdiabetesnatural remedies
Help Us Spread The Word!
Like Us On Facebook To Stay Updated!
I'm already a Naturalon fan, don't show this box again.