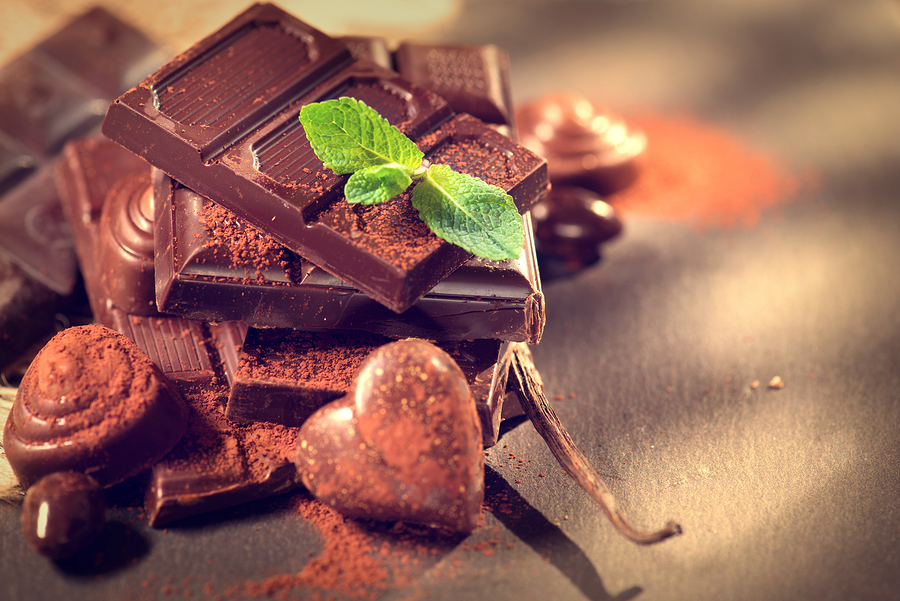 Chocolate is something that is famous around the world, and it has been for centuries. With a history going back several thousand years, chocolate is one of the most sought-after treats in the world. In many ancient cultures, chocolate was a luxury that only the most elite could afford; today, nearly everyone has access to chocolate in some form or another. Did you know, though, that chocolate comes in many forms — and no, we’re not just talking about chocolate syrup versus chocolate ice cream?

You may have even experienced cravings for chocolate, but you probably didn’t know that some forms of chocolate are actually good for you. The one that offers you the most in the way of health benefits is dark chocolate, mainly because it contains the highest rates of cocoa beans, which are very useful for your health. So, if you’re willing to give dark chocolate a try, you will not only satisfy your sweet tooth, but you’ll also reap some incredible benefits. You heard right: Dark chocolate can be good for you!

What Is Dark Chocolate?

Dark chocolate may be more appropriately referred to as “cacao.” In its natural and raw state, cacao isn’t sweet at all, so this is why milk and sugar is often added. Now, when it comes to chocolate, you should know that milk chocolate does not have the same benefits as raw cacao or dark chocolate. This is simply because it does not have any cocoa beans in it at all and is produced as a mixture of pasteurized milk and sugar. So be sure to look for raw cacao if you’re buying it for the health benefits. In its raw form, dark chocolate can be an acquired test because of the bitterness, but if you get used to it, it isn’t that bad.

Raw cacao is packed with something called polyphenols, and these ingredients are part of what makes dark chocolate bitter (that’s why many candy companies add milk and sugar to chocolate. Doing so makes it sweeter and more pleasing to the taste). However, polyphenols are the source of all that is good with dark chocolate, so try to tough it out if you can! Sometimes all it takes is just developing a taste for dark chocolate over the traditional milk chocolate that you’re used to. If you do, you’ll be rewarded with some amazing health benefits on top of a tasty snack!

Related Posts
benefitsdietsuperfoods
Help Us Spread The Word!
Like Us On Facebook To Stay Updated!
I'm already a Naturalon fan, don't show this box again.