Email
Home   >   Health News   >   Outbreak Of The Plague In Madagascar: What You Need To Know

Outbreak Of The Plague In Madagascar: What You Need To Know 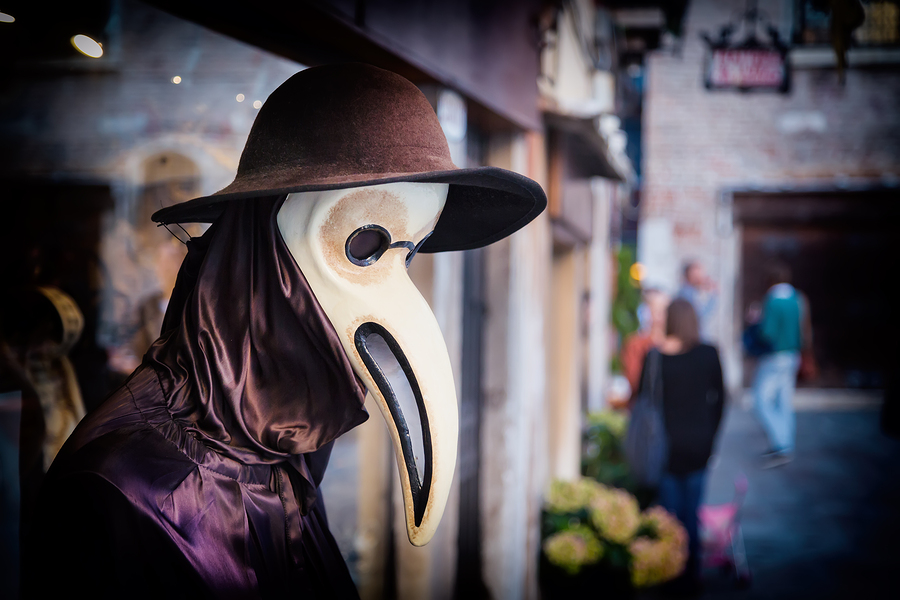 People around the world were shocked to learn that an outbreak of the plague was unfolding in the African nation of Madagascar. For now, the disease remains confined to this huge island, but that does not mean it couldn’t spread, and does not negate how dangerous this illness can be.

As it stands right now, over 70 people have died and nearly 700 cases of infection are reported, making it one of the deadliest outbreaks on record. Experts are not sure why this year’s outbreak is unusually severe, but it is probably due to the fact there have been more cases in urban environments, including the capital city of Antananarivo. Usually plague cases in this country occur in more rural environments with a lower population density.

But what is the plague, and how worried should you be in an era where modern medicine is readily available?

What is the plague?

The plague, also known as the “Black Death”, is a deadly infectious disease spread by a species of bacteria called Yersinia pestis. The bacterium is transmitted by infected fleas, which in turn attach themselves onto mammals— usually rats, who tend to live in farms and in cities where humans are found, where the fleas can bite and infect humans. Once a person is infected, there is an incubation period of 1-6 days before symptoms appear. Plague can be spread by infected persons through the air like a cold, or through direct physical contact (including sexual transmission).

One notable characteristic of plague is that outbreaks only occur during warmer months, but never in winter. This is because fleas (and the animals they live on) tend to be more active in warmer temperatures and are more likely to spread the disease under those circumstances. In Madagascar for instance, the plague is considered a seasonal health risk, much like the flu in North America.

There are three main forms of plague, which are defined by the regions of the body that are most severely affected, and the symptoms can vary accordingly. The first and most common is Bubonic Plague, which attacks the lymphatic system. A person infected by this type of plague will develop large, swollen lymph nodes, sometimes as large as a chicken’s egg. These swellings will occur in the neck, armpits, or groin regions. These swellings are called “buboes”, hence the name “bubonic plague”. Other symptoms include headache, fever, aching muscles and fatigue.

Finally, there is Septicemic Plague, which is caused by plague bacteria multiplying in the blood stream of an infected person. Because the disease is in the blood, it is circulated throughout the body. A person with this condition will experience fatigue and weakness, high fever and chills, nausea, diarrhea, and abdominal pain, bleeding from bodily orifices, and gangrene (tissue death and decay) in the extremities, such as the fingers, toes and nose. Areas affected by gangrene will take on blackened, rotten appearances.

The plague is believed to have originated somewhere in eastern or central Asia. There have been many plague outbreaks throughout history in Europe, Asia and Africa. One of the first truly global pandemics known to history was the Plague of Justinian in the 6th century, which was named after the Byzantine Emperor who ruled at the time. It was believed to have killed tens of millions of people and effected populations from Europe all the way to China.

The next great outbreak occurred 600 years later in the mid-14th century. Between 1346 and 1353, over 1/3rd of Europe’s population would succumb to the plague (some historians argue it could have been as high as 60 percent). In total, it is believed that up to 200 million people may have died of the plague across the Eurasian landmass— almost quadruple the amount of people killed during World War II— making it arguably the deadliest outbreak of disease in human history.

The good news is that such high fatality rates would no longer happen thanks to modern antibiotics. If left untreated, plague will result in death within a few days, but a regimen of commonly available antibiotics is enough to quickly cure the disease as soon as symptoms appear.

Plague is very rare in the modern world, but as we see from the outbreak in Madagascar, is not entirely gone. Obviously, if you suspect you are experiencing symptoms, consult a doctor immediately.

READ ALSO: Inflammation Explained Simple. Once And For All.

Recommendations for Current Outbreak in Madagascar

Madagascar has experienced outbreaks of the plague before, so there are protocols in place for dealing with it. Schools and other public spaces are being decontaminated, and the country is receiving medical assistance from the World Health Organization. The outbreak will eventually be contained. However, it is probably a wise idea to defer all non-essential travel to the island nation until this health crisis has been resolved. Check your home country’s travel advisories for more information as this situation continues to develop.