Top 15 Herbs that Push Psoriasis Out of Your Space! 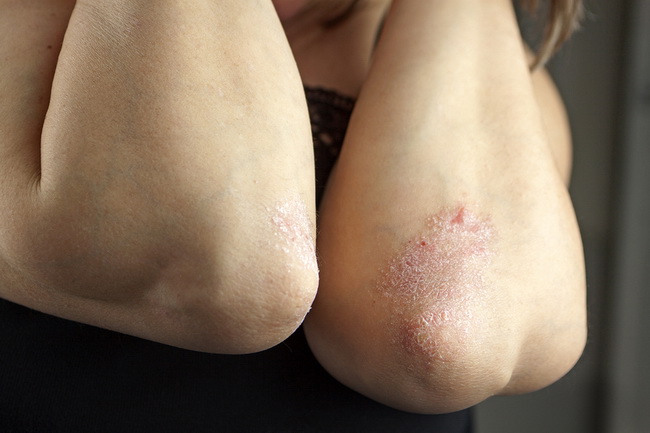 If you have been experiencing flaky, silvery looking, itchy, cracking skin that becomes red, sore, sometimes becoming so dry it even bleeds, then you might be suffering from psoriasis. Psoriasis is an autoimmune condition of the skin that can affect almost anyone at every stage of life, male or female, young and old. The American Academy of Dermatology states that there are about 150,000 new cases of psoriasis diagnosed every year in the US.

Unfortunately, there is no cure for psoriasis. Because of their symptoms, many psoriasis sufferers are reluctant to be seen in public without covering the affected parts of their body. Many more are reluctant to see a doctor and will go undiagnosed,

The good news about psoriasis is that there are plenty of herbal treatments that can offer those affected by this lifelong inflammatory disease relief. If you don’t want to use the pharmaceuticals that your doctor will prescribe, or if those prescription drugs have not worked for you, then you might be very interested to learn that many people find relief from their symptoms using natural herbal remedies.

Keep reading and discover which 15 herbs work best to fight this disease so you can get on with your life and quit hiding!

Sometimes called mahonia (mahonia aquifolium) this herb is a powerful antimicrobial that can play a role in the response of your immune system. Studies have shown that people who used a cream that contained 10 percent mahonia was effective in helping those who had mild to moderate psoriasis. This herb should only be used topically and never taken internally. Ask your doctor if this cream might work for you if you cannot find it at your local health food or natural store.

You might think this is only for those with liver problem, but the reason this herb works so well is that it inhibits human T-cell activation, one of the known causes of skin inflammation and psoriasis. The active flavonoid in milk thistle, silymarin, is what makes it so effective in helping the liver to regenerate itself, but recent studies show that this same flavonoid can play a protective role when it comes to the skin. Also, because milk thistle improves liver function, it can encourage a healthier overall immune system and blood detoxification, which can alleviate the symptoms of psoriasis.

This oil from the leaves of the tea tree, native to Australia, is known to have antiseptic compounds. Many people find that by using shampoos that contain tea tree oil, or by adding a few drops to their regular shampoo, they can relieve the psoriasis that can attack the scalp. Although there are no scientific studies that prove that this oil can be effective, but many people swear by it. If you wish to try some on other parts of your body, mix it with a good quality carrier oil, such as almond oil or apricot kernel oil,  as it can be irritating to some people when used undiluted. 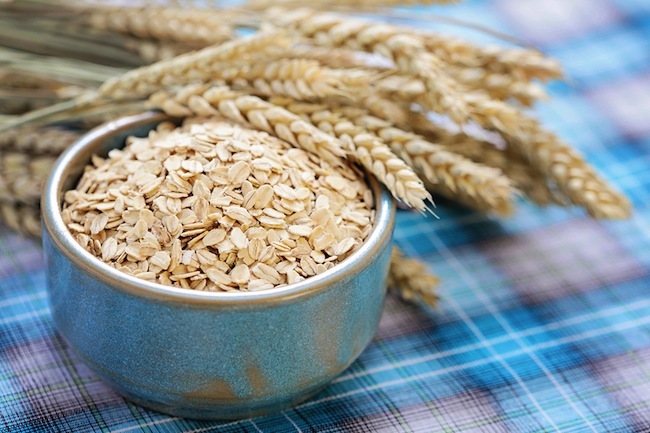 Sounds like a new soft drink, doesn’t it? The truth is this is a medicinal herb that is native to India and has become very popular in the west due to its ability to help many health problems including psoriasis. Some people call gotu kola an “herbal cure-all.” Although it hasn’t been tried on everything, a 2010 review of this herb shows that saponins in this plant are its main active compound. When applied as a gel, gotu kola can stop the inflammatory process and helps to thicken the skin so that it can inhibit infection.

This is perhaps one of Mother Nature’s most soothing compounds for the skin, which is why you see so many soaps, lotions, and bath soaks, that contain oats. Again, there are no real scientific studies to support the use of oats to relieve the symptoms of psoriasis, but many people claim that soaking in a tub with oatmeal will help to stop itching and can help to remove the scales. Apply a good quality moisturizer to your skin and you should see almost immediate improvement.

One of the most widely investigated plants, the gel found inside aloe vera leaves is considered by many to be one of the best, if not the best, herbs you can use for psoriasis. Clinical trials that involved both animals and humans have shown that aloe vera gel really works. One study in 2012 used a mouse tail with psoriasis to show that, after applying extracts of aloe vera leaf gel, it improved the epidermal thickness by as much as 81.95 percent!

The Tropical Medicine and International Health conducted a study which showed that 83 percent of human subjects with severe psoriasis had significant improvement after using aloe vera gel. There are no known side effects when aloe vera is applied topically. You can use fresh gel from aloe vera plants or buy premade preparations at your local health food store. 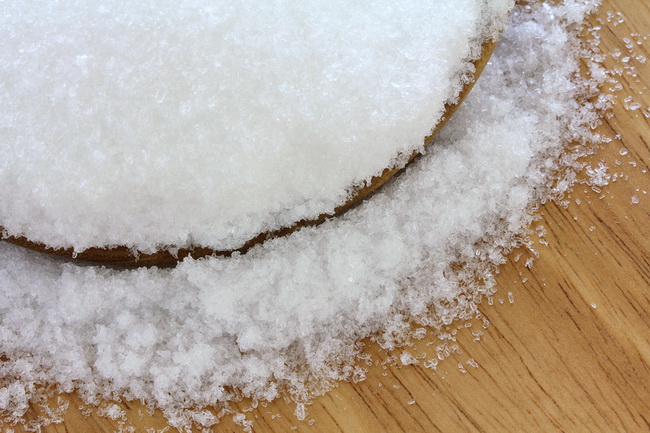 Adding either Epsom salt or Dead Sea salts to your warm (but not hot) bath and soaking for 15 or 20 minutes can help to stop the itching and remove the scales commonly experienced with psoriasis.

Turmeric has been shown to help relieve the inflammation, joint pain, and swelling from psoriasis. Clinical reviews of turmeric show that the active ingredient in turmeric, curcumin, has chemo-preventative compounds and is very therapeutic for a wide variety of skin problems, including psoriasis. Turmeric fights free radicals and reduces inflammation in the body by inhibiting the nuclear factor-kappa B. Clinical experiments show that applying turmeric to the skin can help it regenerate itself and heal wounds.

OK, so this isn’t an herb per se, but it has been used for ages as a disinfectant and it can really help stop the itch that so many psoriasis sufferers complain about. You can apply it directly to your scalp or skin to help stop the itch and redness. If you find it too strong, dilute it with water. If your skin is cracked or is bleeding, you might want to skip this remedy as it will burn like the dickens. Applied daily, many people say that the itch stops almost immediately and that they see results in a few weeks.

Some people believe that psoriasis is triggered by extreme stress.  Alternative medical practitioners state that drinking a cup of licorice root tea once or twice a day will calm the nerves as well as provide you with plenty of inflammation fighting compounds at the same time. Chinese herbalists have used licorice to restore a balanced state to the body and they believe that the anti-infective and anti-inflammatory properties of this herb will allow psoriasis to naturally heal on its own.

Chickweed has been used for ages for its ability to dry and cool skin problems, such as cuts, rashes, or wounds. Chickweed has astringent effects which help those who suffer from skin problems including acne, burns, insect bites, nettle irritation, eczema and psoriasis. When applied as a poultice, cream, or salve, this herb is super effective at relieving the symptoms of psoriasis. It is particularly effective in eliminating itching and irritation. Chickweed is known for its cooling effects which encourages faster healing. Chickweed will reduce swelling, inflammation, and chapped skin while encouraging skin repair.

Burdock root has long been used as a tea for its antioxidant, anti-inflammatory, and antibacterial compounds that encourage healing for a variety of skin problems including eczema and psoriasis. Burdock root is a powerful blood purifier that clears toxins from the blood and improves blood circulation to the skin. Burdock also contains a few other antioxidants such as quercetin, phenolic acid, and luteolin, which are known to help stop free radicals and inflammation.

Burdock root has been used for thousands of years as a topical treatment for many types of skin problems such as boils, acne, dermatitis, eczema, and psoriasis. If you can make a tincture, or purchase one, apply about 40 drops of your tincture three times each day to help stop flare-ups and significantly improve the appearance of psoriasis. You can also make a compress or poultice to help speed up healing. 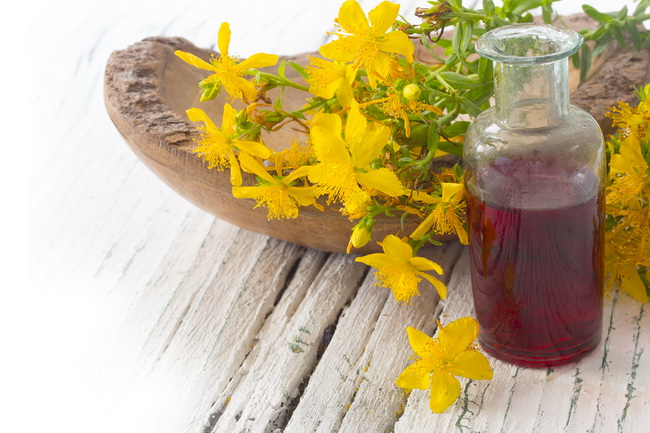 Witch hazel is a very old remedy that has fallen out of favor lately with the appearance of other pharmaceutical drugs. Recent research shows that old fashioned witch hazel is a super effective treatment when it comes to all sorts of skin problems, including psoriasis. Witch hazel can soothe the pain that often accompanies psoriasis. This remedy will also tone and cleanse the skin. Witch hazel is natural anti-inflammatory that will help heal psoriasis or eczema.

Sometimes called marigold, calendula has been used for thousands of years as a natural remedy for all sorts of skin problems, including psoriasis. With its antiseptic and anti-inflammatory compounds, calendula will slow the spread of psoriasis and ease the inflammation. Calendula allows the skin to regenerate and rejuvenate itself. Try mixing 2 drops of calendula oil, 1 drop of oregano oil, and 1 tablespoon of olive oil. Rub this mixture into the affected areas two or three times each day until you get the desired results.

This is perhaps one of the most famous remedies for psoriasis. St. John’s Wort reduces the amount of cyclosporine in the blood. This herb is well-known among psoriasis sufferers to help prevent flare-ups or relapses of their condition. Many people claim that St. John’s Wort can improve the symptoms of psoriasis by as much as 75 percent.

Before taking any herbal remedy, consult with your doctor. Some herbal remedies can cause dangerous interactions if you are taking prescription drugs. Never consume any herbal products, no matter how safe they are considered to be, if you are breastfeeding or pregnant without consulting your physician.