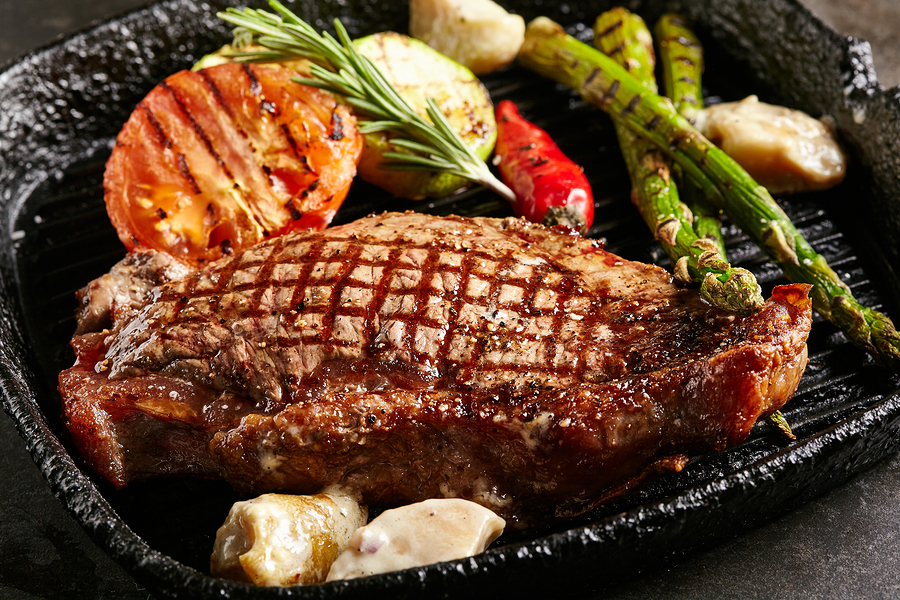 Many people have the impression that vegetarian diets are healthier. The consumption of red meat in particular has been vilified by some as being harmful to human health. But is this really the case? While no one can dispute that many processed meats are unhealthy, what do the facts really say about the effects of eating red meat? Let’s explore what science has to say, and see if there is any way that this staple food item for so many people can be enjoyed in a responsible manner.

What’s the deal with red meat?

Let’s face it— while many people choose to opt for a vegetarian lifestyle (and there can be some advantages to doing so), humans have been eating meat for hundreds of thousands of years, since the eras of our pre-homo sapien human ancestors. Our bodies are evolved to be omnivorous, which includes eating animal protein in the form of red meat.

Red meat is defined as meat that comes from a mammal. Beef, lamb, goat, mutton and veal would all be considered red meat. Pork is also technically a red meat, even though it does not appear to be red when cooked.

We need to get a few things out of the way first:  Red meat is not all bad. It is obviously an excellent source of protein. One pound of beef contains around 80 grams of protein, and other meats like bison have similar nutritional profiles making red meat one of the most protein-dense food sources in the world. Red meat is also a great source of B vitamins and minerals like iron and zinc.

Red meat has been a staple food item in cultures across the world for thousands of years. Although the amount of red meat consumed per year has declined in some areas as vegetarian diets have become more popular, 145.8 pounds per year in 1970 versus 106.6 pounds per year today in the United States, according to Medical News Today. It is obviously still a ubiquitous item on the menu in most countries. In light of its popularity and its nutritional benefits, why does red meat get such a bad rap these days?