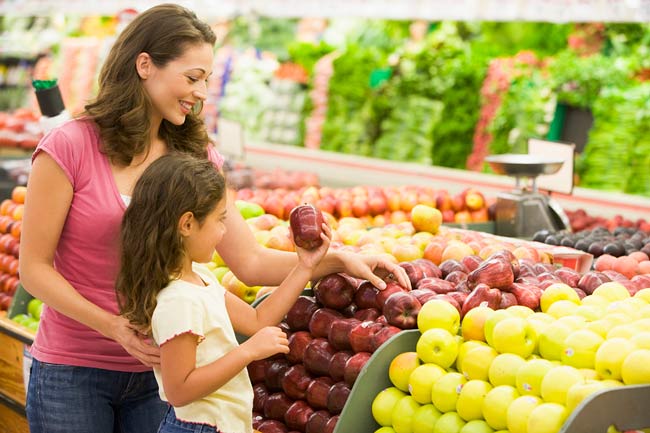 Fruits that are non-organic are contaminated with some very dangerous pesticides such as atrazine, thiodicarb, and organophosphates, as well as high nitrogen fertilizers.

Atrazine is banned in European countries but still used here. This is a weed killer that causes severe problems in humans, especially in our reproductive capabilities.

A 2009 study found that when pregnant women drank water contaminated with atrazine, their babies had reduced body weights. Were you aware that the sewage from cities in the USA (nicely called bio solids) is used in the fields of farms in the USA as a form of fertilizer? You will never find organic food being cultivated in composted human sewage waste!

Conventional foods are also subjected to an enormous amount of these types’ chemicals as well as hormones, to make the fruit and veggies grow bigger. Apples are probably the worst offenders with pesticides showing on more than 98 per cent of all apples tested. Fruits with a 90 per cent positive rate of pesticide residue included oranges, strawberries, and grapes.

Washing fruit does not remove 100 per cent of the residue. Pesticides are toxic chemicals to insects as well as human beings.