Biotech Companies are Turning Kauai into a Toxic Dump

Kauai is perhaps the most beautiful island among all of the Hawaiian Islands. White sandy beaches with beautiful waves of crystal clear blue water, luscious volcanic mountains, a virtual tropical paradise.

However, just beyond this paradise, there is a wave of chemical destruction that is ruining the soil and permeating the air. Kauai is now a testing ground for some of the biggest names in agriculture and they are threatening this beautiful and peaceful place. 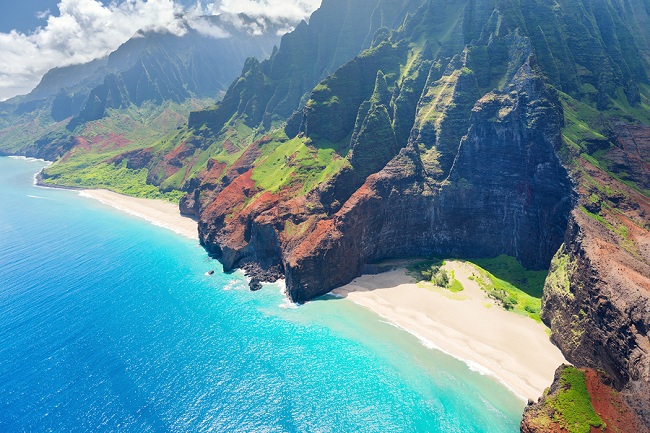 Pesticide manufacturers are using Kauai as their testing ground, filling the soil and air with their toxic chemicals. Four of the biggest transnational agribusinesses are experimenting with their GMO crops and massive spraying of pesticides. Dow Agroscience, BASF Plant Science, DuPont Pioneer, as well as Syngenta, have changed part of this island into an almost completely synthetic wasteland, and a toxic dumping ground. Read more about top 10 pesticides companies that are killing the world.

These biotech companies are literally sucking the very life blood out of the beautiful lands of Kauai. Their usage of those “restricted use pesticides” on this island tops the nation’s use of chlorpyrifos, methomyl, alachlor, paraquat, permethrin, and metolachlor.

When comparing the 2009 pesticide usage data from the US Geological Survey database with the amounts now registered with the Hawaii Department of Agriculture, it was discovered that Kauai was being flooded with much higher concentrations of pesticides than any other place on the continental United States.

For that matter, the amount of pesticides that Kauai is now being subjected to is greater than the amounts used in California and as much as 10 times more than the national average. How these manufacturers can do this is beyond belief!

Not surprisingly, the EPA has put their stamp of approval on this increase in pesticide usage and is even being supervised by the USDA. For unknown reasons, these “protective” government branches are not asking for accountability but are actually enabling environmental experiments.

Even as these chemicals are being dumped onto the land at astounding rates, the US government is turning a blind eye to this pesticide infestation. The once healing environment of this idyllic island is being changed into a toxic swamp since these chemicals have been linked to numerous cancers as well as the cognitive disorders of children. See also gut wrenching new studies reveal the insidious effects of Roundup.

In an effort to try to fight this craziness, the Kauai County Council passed a new Ordinance, number 960, last fall. This is the first law of its kind that regulates the planting of GMO crops. As expected, it was blasted by the big pesticide manufacturers.

Once they realized that the feds weren’t going to protect them, Kauai County is trying to protect themselves. Ordinance 960 includes a no-spray buffer was set around school zones and other buildings that are occupied by people. These include work areas, residential areas, and areas where medical care is being administered. Unfortunately this ordinance doesn’t ban GMO crops from the island but it does keep the pesticides away from people.

Hopefully the people of Kauai are going to be successful at taking their ordinance a bit further by banning all GMO crops from the island until third party tests on the safety of these pesticides can prove that these chemicals will pose no harm to the health of human beings.