Is Bird Flu Making A Comeback? 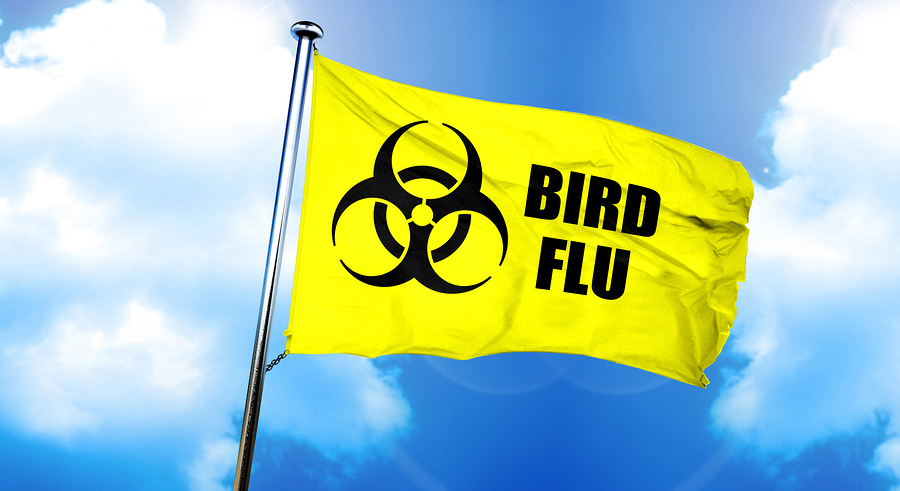 In the late 90s and early 2000s, a series of pandemics spread across multiple countries every few years like clockwork along with the predictable panic in the media and corresponding travel warnings being issued. One of these outbreaks was the Avian Flu, commonly referred to as “Bird Flu”. This disease caused a lot of concern at the time, but it was eventually controlled and it faded into memory. Now recent reports are indicating that new strains of this disease could lead to a major public health crisis. Let’s explore what the facts are and what precautions you can take to protect yourself from this disease.

Origins and Nature of Bird Flu.

Avian flu is a form of the influenza virus which affects birds. There are dozens of different strains of the bird flu, varying by which species of bird they are found in.

While many people had never heard about bird flu before the early 2000s, the disease has been known to science since 1878, when scientists first distinguished it from other diseases which caused large deaths of poultry livestock. There were 15 recorded outbreaks of bird flu during the twentieth century, and losses of poultry animals were relatively low in most cases.

But something changed during the 1990s. The population of poultry livestock in developing countries increased dramatically (76 percent in the developing world, and 23 percent in developed countries, according to SOURCE. Livestock birds such as chickens were being raised in far greater quantities than ever before, and in many places they lived in overcrowded conditions. This is the perfect environment for diseases like bird flu to flourish. Between 1996 and 2008, there were 11 outbreaks affecting millions of birds, resulting in countless livestock having be to be culled (destroyed) to prevent further infection.

In 1997, something new happened: A person in Hong Kong had somehow contracted this avian form of the flu virus. An outbreak occurred in the city with 18 cases of human infection, with 6 deaths linked to the virus. The first case of human to human transmission occurred in 2012, when several family members of an infected Indonesian poultry worker contracted a strain of bird flu.

Most outbreaks have occurred in East Asian countries like China, Vietnam, Thailand, and Indonesia, although other cases have occurred in Turkey, Nigeria, Italy, Greece, Germany, France, Switzerland, Austria and the United Kingdom.

How is the disease spread, and what are the symptoms?

Bird flu can be contracted by close contact with live animals which have been infected, as well as bird saliva and droppings. People who are most at risk are those who work in various jobs in the poultry industry, including the slaughter, de-feathering and butchering of poultry before going to market. When bird droppings of infected birds dry up, they can crumble into dust particles and can be inhaled by unsuspecting people who then can become infected.

There are also cases of airborne infection from human to human similar to how the normal flu is spread, but this is generally rare. It is important to note that despite all of these methods of transmission, humans cannot get bird flu from eating poultry.

Symptoms of bird flu typically include a fever, sore throat, chest pains, coughing, sore muscles, and headaches. Other symptoms such as difficulty with breathing, general lack of energy, and eye infections like conjunctivitis have been reported.

Why is Bird Flu back in the news, and what should we do now?

Recently there was an alarming spike in human bird flu cases in China. Over 700 cases have been reported in 2017, with around 80 deaths.

This outbreak of bird flu has been linked to the H7N9 strain of the bird flu virus. What makes this strain different is that infected birds show few symptoms allowing the disease to spread undetected and potentially infecting many birds (and as well as people) before those working with the livestock can detect it.

For now, the outbreak is confined to a few provinces of China, but H7N9 appears to be spreading much more rapidly than previous outbreaks, and an outbreak anywhere in the world’s most populous nations is causes for concern. Given the population density of the country, it is something that could, in theory, rapidly develop into a full-blown pandemic.

The Center for Disease Control (CDC) in the United States currently considers the H7N9 virus to be the most likely disease to cause a global pandemic. Interestingly, the disease follows a seasonal pattern, with infections occurring in the winter while dropping to zero in the summer— just like the normal flu.

So far, nearly 180,000 birds have been culled to contain the spread of the disease, and both the World Health Organization and Chinese authorities are closely monitoring the situation. There’s no reason to panic yet, but keep an eye on this story, as there will probably be more developments over the course of the next few months.