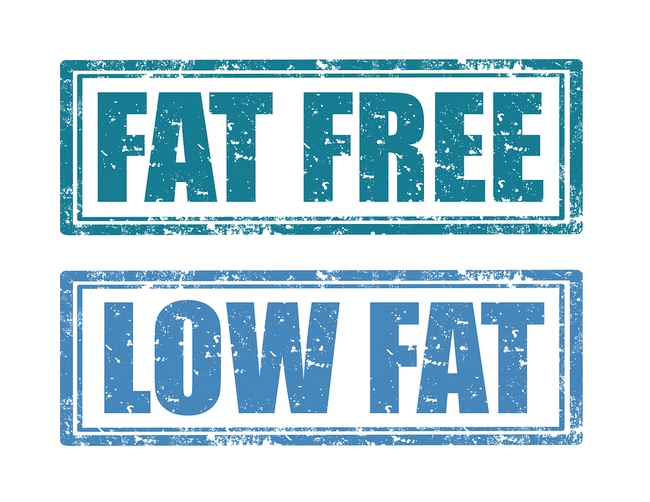 Fat has been erroneously blamed for the obesity epidemic because fat technically contains more calories per gram than either protein or carbs. But in real life situations, it’s been shown that people who eat high fat, low carb diets actually eat much fewer calories than persons on low fat, high carb diets. Fats do not make you fat, so do not jump on the low fat bandwagon!

14. Low Fat Does Not Mean Healthy

The low fat diet craze has been pushed by the mainstream media for the past 40 years and it has been a miserable failure. Americans are fatter than they have ever been before. Multiple long term studies show that it doesn’t work for the prevention of disease, nor does it work for weight loss or even for weight maintenance.

On top of this, those low fat foods that manufacturers brought to the market in hopes of cashing in on this craze tasted terrible without fat. Remember the first low fat salad dressings and mayo? Absolutely disgusting! To make these foods taste better, Big Food manufacturers added tons of sugar (which has no fat) to make things taste better.

It’s true that low fat foods such as  vegetables and fruits are good for you, however, keep in mind that jelly beans have no fat either but no one would say those were healthy for you.

15.  People With Diabetes Should Not Be Eating Carbs

16. Fruit Juice is Not Very Different from Sodas

Too many people believe that drinking fruit juice is much better for you than sodas. After all, isn’t fruit healthy and natural? Well, that much is true, but fruit juice contains just about as much sugar as sodas. There is no fiber to fill you up and no chewing resistance telling your body that you are eating something. Liquid calories do not register in the brain, as we mentioned before. Small amounts of fruit juice are fine if you enjoy them, however, gulping down fruit juice all day in place of water is really no different than chugging a Coke.

PrevPage: 4 of 6Next
View all