In an effort to stop the rapidly increasing Ebola nightmare, Sierra Leone set in place a mandatory three day quarantine, during which time residents were not allowed to leave home and stores were to remain closed in an effort to contain the virus. This lockdown resulted in food shortages in many parts of the country, turning what was meant to be a humanitarian effort into forced starvation for some. 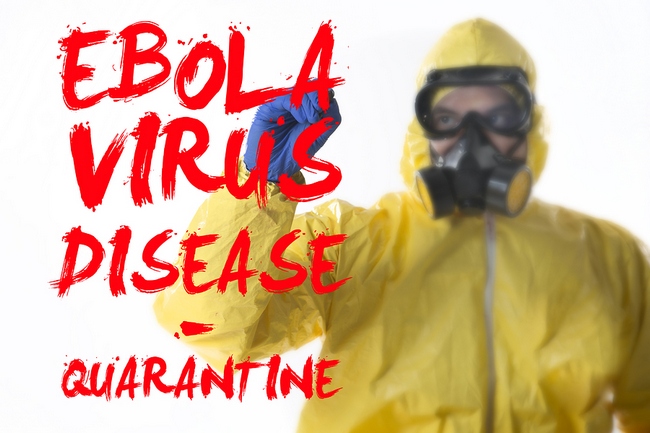 Although the Sierra Leone government promised its people that they would provide rations, they had difficulty with their plan. Part of the failure was in realizing that, when you force people to stay inside, there was no transportation or gas for the supplies to be shipped out. This resulted in immediate food shortages.

Not only did this plan NOT stop the spread of this deadly virus, but it also caused some major social upheaval. Quarantines don’t work due to the nature of this virus. Forcing people into quarantine will only end up starving people instead of helping them and it will only ensure that the virus continues to spread since people will break quarantine to find food.

During quarantine, especially if there is an extended quarantine, such as 3 weeks, vital public services such as water delivery and trash pickup, come to a half. This means that sanitation takes a backseat, which only makes the problem worse. If you don’t die from the virus itself, you might die from lack of water, lack of clean water, or from the filth from the mountains of trash.

Violence is another result of forced quarantines. Liberia has seen this with its attempts at quarantine. Food shortages and civil unrest has all but stopped domestic food production, and nearly all food is now being imported into Liberia. Although government officials in Liberia say that they have enough food to last until December, but after that it’s anyone’s guess what will happen.

We already have one Ebola patient Dallas, Texas, that brought this disease to our country. Should it escape and somehow become a full-fledged pandemic, as it has in West Africa, Americans will also find themselves under medical house quarantine and, just as in West Africa, food shortages are soon to follow.

This is why we have sent soldiers to West African countries with this virus. They are there to learn how to enforce mandatory quarantine zones as it’s expected that this will eventually become the case in the United States.