Everything You Need To Know About The Nordic Diet 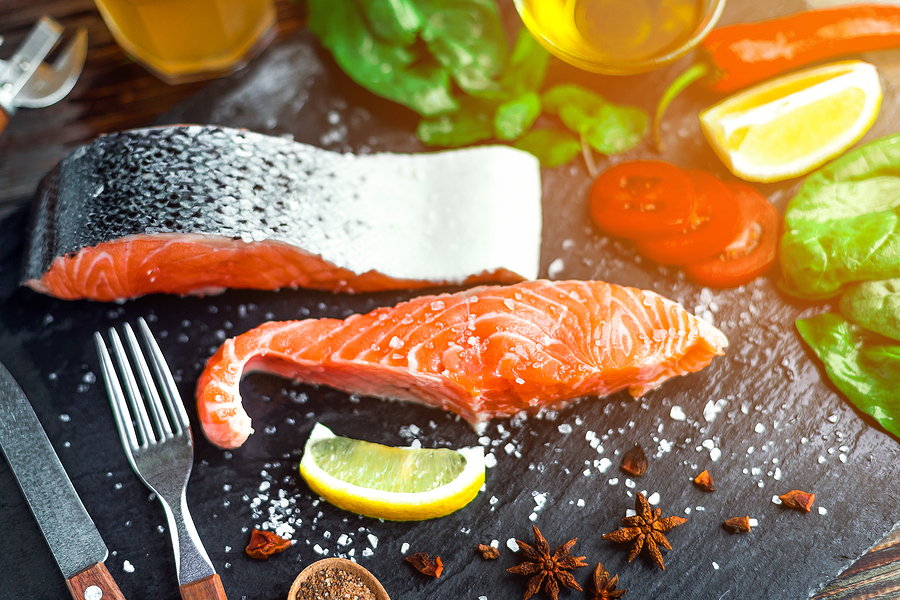 It seems that local, fresh food is just what the doctor ordered – all kinds of diet and food lifestyles are popping up that are centered around eating fresh, local produce with an emphasis on plants instead of meats. The Nordic diet is one such diet. Although the style of eating has been around for centuries, the Nordic diet became popular around 2004 again when food professionals and chefs Rene Redzepi and Claus Meyer in particular gathered together in Copenhagen to discuss a resurgence of the healthy way of eating that had been popular in already in the northern countries of Europe, including Denmark, Finland, Iceland, Norway, and Sweden.

The structure of the diet also makes it quite environmentally friendly. The use of local produce, fish as a main source of meat, and rounding out meals with beans and legumes fosters a diet that is easy on the wallet and on the environment. Most Nordic diet dishes are simple and don’t require a lot of ingredients which means that users don’t have to clean out their pantries for new things – as well ensuring that the diet can be enjoyed worldwide. The dishes make use of quality ingredients that are brought to life with simple seasonings.

The diet is similar in style to the Mediterranean diet in that it emphasizes use of local produce, healthy fats and a certain type of oil for cooking. Whereas the Mediterranean diet recommends using olive oil, the Nordic diet prefers canola oil, but the difference seems to be based on the region of the world and what was more readily accessible. Like olive oil though, canola oil is also high in monosaturated fat which is relatively healthy for us compared to other kinds of fats. Canola oil also contain alpha-linolenic acid, an amino acid similar to the omega-3 fatty acids found in fish which gives it a boost compared to olive oil.

The foods that are required for the Nordic diet include lots of plants, most of which are recommended to be foraged for maximum nutrition and benefits. Other vegetables include lots of cabbage, dark leafy greens, and other root vegetables such as carrots, beets, parsnips, and potatoes. Apples, pears, and berries – especially berries that are native to your local area, which for Northern Europe includes ligonberries and bilberries but for other areas of the world those can be substituted for blackberries, blueberries and mulberries. Whole grains are also valued over processed grains and especially rye, barley, and oats. Beans and legumes are also used as bases for various dishes. Fish and wild game, such as elk and wild turkey, are also preferred and dairy is limited. The diet also suggests incorporating wild foods such as mushrooms, moss, nettles, garlic, and even sometimes ants. The most common herbs used are dill, chives, and fennel. Dessert is rare as berries are oftentimes used as the ‘sweet ending,’ but can include foods such as barley pudding and almond cakes.

Due to how new the diet is, in science time at least, there isn’t much research yet about how healthy or not it is. Considering that the diet puts emphasis on plants and encourages eating local and fresh foods, with little to no meats or dairy in most dishes, it wouldn’t be surprising to have studies in a few years that applaud the diet’s ability to promote health. The canola oil it advocates for is already known to be quite healthy for us, as a study in the Journal of Internal Medicine in 2011 found that a diet high in canola oil helped to lower bad cholesterol after just three weeks of using canola oil. The World Health Organization also praises the diet for being low in sugar and salt which helps to decrease the risk of cancer, diabetes and cardiovascular disease. Also, since the Nordic Diet is similar in style to the Mediterranean diet, it isn’t much of a stretch to see that it can be just as beneficial to our bodies – and the Mediterranean diet already has much research backing it up as a healthy diet choice.

The Nordic diet is not restrictive either – its basic philosophy is to eat what’s local, fresh, and with limited quantities of dairy, meats, salt, and sugars. This means that you don’t necessarily have to uproot your whole way of eating to change to a Nordic diet. There’s no need to go out and forage for moss or struggle to find bilberries just because that’s what the Nordic diet is made up of. Stick to foods that are local to your area and eat a basic healthy diet. Although the diet became famous for its unique Northern Europe ingredients, its core is to eat healthy, fresh, and local foods.

READ ALSO: 15 Reasons Why You Should Include Kombucha In Your Diet

You might not be able to visit NOMA or Acme, two Nordic-inspired restaurants in Copenhagen and New York, respectively, but the Nordic diet is quite easy to replicate at home. There are now many recipe books and even online resources that you can utilize to find recipes and foods that are consistent with the Nordic diet. Farmer’s markets or CSAs are available almost everywhere and you can find all the local produce you need there. The new Nordic diet is not just popular and fashionable but also healthy and delicious – and easy to incorporate for anyone wanting to give it a try.

Related Posts
benefitsdietweight loss
Help Us Spread The Word!
Like Us On Facebook To Stay Updated!
I'm already a Naturalon fan, don't show this box again.