Herpes Virus Could Lead To This Disease, Review Finds 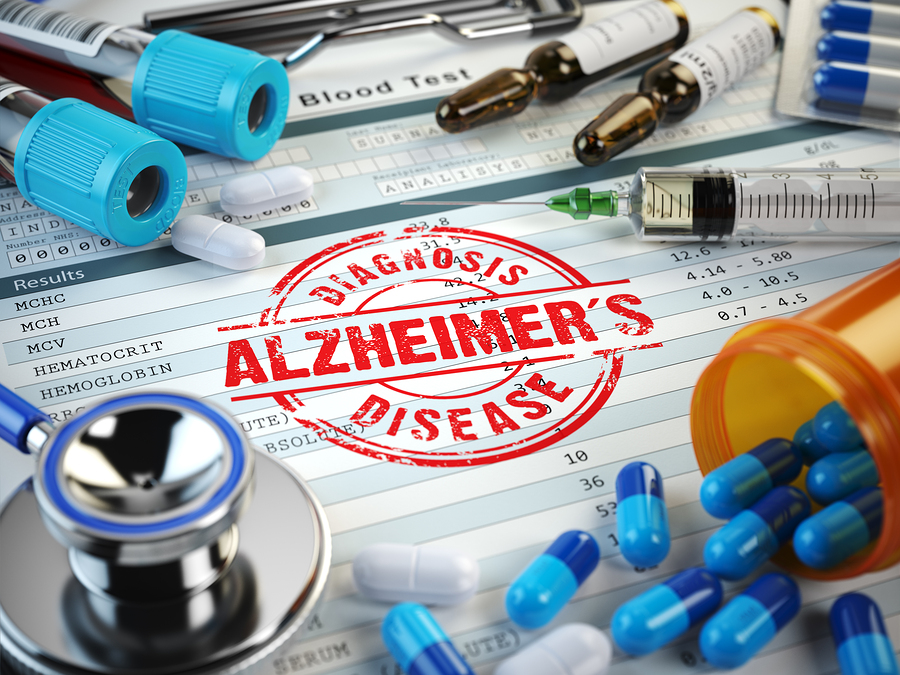 Alzheimer’s disease is the most common of the causes of dementia that cause loss of intellectual and social skills. The disease causes the degeneration and dying of brain cells and a decline in memory and mental function. At first, the symptoms of the disease will only manifest as mild confusion and forgetfulness of certain things or at some times. Over time, the disease progresses to rob the affected individual of their memories and especially recent memories.

Alzheimer’s patients frequently have trouble with memory, thinking and reasoning, making judgments and reasoning, planning and performing familiar tasks, experience changes in personality and behavior such as depression, anxiety, and mood swings. The causes of Alzheimer’s include plaques and tangles – plaques are clumps of protein that damage and destroy brain cells in a few different ways including interfering with cell-to-cell communication. Tangles are threads of tau protein that have twisted into abnormal tangles inside brain cells.

The disease has higher risk of manifesting in certain cases or individuals, depending on lifestyle and sometimes gender or DNA. Risk factors include age, family history and genetics, down syndrome, sex, past head trauma, heart health and other lifestyle factors such as lack of exercise and obesity and lifelong learning and social engagement. Alzheimer’s can be prevented, or at least put off, by a few activities and choices, although, there are no proven methods of preventing Alzheimer’s in 100% of cases. Strong evidence shows that you might be able to prevent Alzheimer’s by taking care of your heart. Keeping active and healthy also seems to show possibilities of preventing Alzheimer’s. Alzheimer’s currently has no cure and any treatments only serve to prolong the process of the dementia manifesting.

The Studies Connecting The Two

There have been several studies making the connection between HSV-1 and Alzheimer’s. A large group of specialists from Icahn School of Medicine at Mount Sinai in New York City, NY, and Arizona State University in Phoenix found that in a postmortem investigations revealed that the brains of people with Alzheimer’s had more herpes viruses than the brains of people without the disease. The data took evidence from DNA, the RNA molecules that transcribe DNA, proteins and clinical and pathological features. The research didn’t show whether the virus directly caused Alzheimer’s or if the herpes virus is merely an opportunistic tag-along of the disease.

Another study suggested that an infection of the herpes virus puts people at more of a risk for developing dementia and one more suggested that treatment with antiherpetic medication helped to drastically lower the dementia risk. The second study was based on data collected from 8,362 people above the age of 50 who received a diagnosis of herpes simplex virus as well as a control group of 25,086 healthy, age-matched people. This study was the most interesting because of the strong correlation between herpes treatment medication and the lowered risk of dementia.

The possible connection between the two disease presents a unique opportunity for researchers and doctors. Although both diseases are as-of-now incurable, it could mean that a simple vaccine for the HSV would mean a certain level of treatment, and possibly even curing, of Alzheimer’s. Vaccination even in the infant stage could mean preventing the onset of Alzheimer’s for good. Even if a vaccination is still a long way off, medications that currently treat herpes could be a better treatment for Alzheimer’s than Alzheimer’s medication is at treating the disease.

The herpes virus has become very widespread in recent years and most people are likely to have contracted the virus by the time they are elderly. This means, if there is a connection between having the herpes virus and Alzheimer’s, that there is a very increased risk of individuals developing Alzheimer’s and the disease becoming more and more common. But the connection could also mean a cure for one or both diseases. Currently, even herpes antivirals seem to help those with increased risk of Alzheimer’s to delay the onset of the dementia. Hopefully, there will be more developments on the connection between the two diseases in the future and a possible cure in the works.