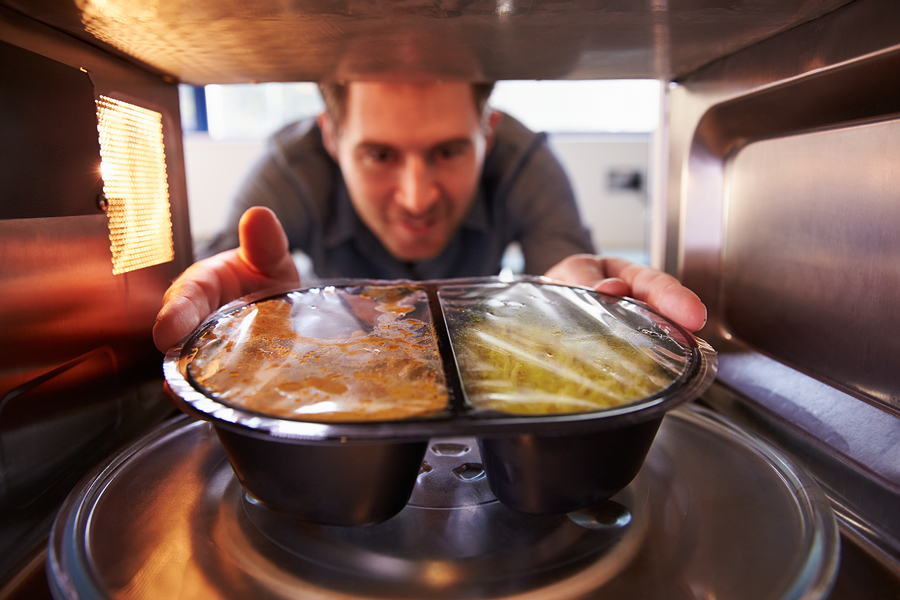 There is a lot of concerning and seemingly contradictory information on the web concerning the safety of microwaving food. Some say using microwave ovens is perfectly safe, while others claim they will destroy the nutrients in your food. What’s really going on? In this article, we’ll attempt to sift through these claims and find the truth.

Microwave ovens were first developed in the late 1940s and used on ships in the US Navy. These ovens were size of refrigerators and cost over $50,000 in today’s dollars. It would be a few more decades before the technology improved enough to make them commercially viable. By the 1970s, the ovens had become small and cheap enough to be marketed as home appliances, and thus the Western world’s love affair with microwave cooking was born. 90% of Americans use microwave ovens regularly, and the rest of the world is steadily catching up. With this many people using this technology, it becomes more important that we settle this issue of whether or not microwave use for cooking is dangerous.

How a Microwave Works

All cooking methods alter the molecular structure of foods, causing them to become more digestible, taste better, or both. Cooking also has the benefit of killing certain germs. Traditional cooking methods, like open flames, stovetops, or ovens cook food by heating up the air molecules surrounding the food or transferring heat directly to the food.

Microwave ovens work in a very different manner. The ovens emit a form of radio-frequency energy called “microwaves” which cause the water molecules within the food items to move rapidly. This vibrational friction generates thermal energy through a process called dialectic heating, which cooks the food from the inside out. The ambient temperature inside the oven, even when it’s being used, is the same as room temperature. You can feel the heat standing over a skillet, not so with a microwave oven. 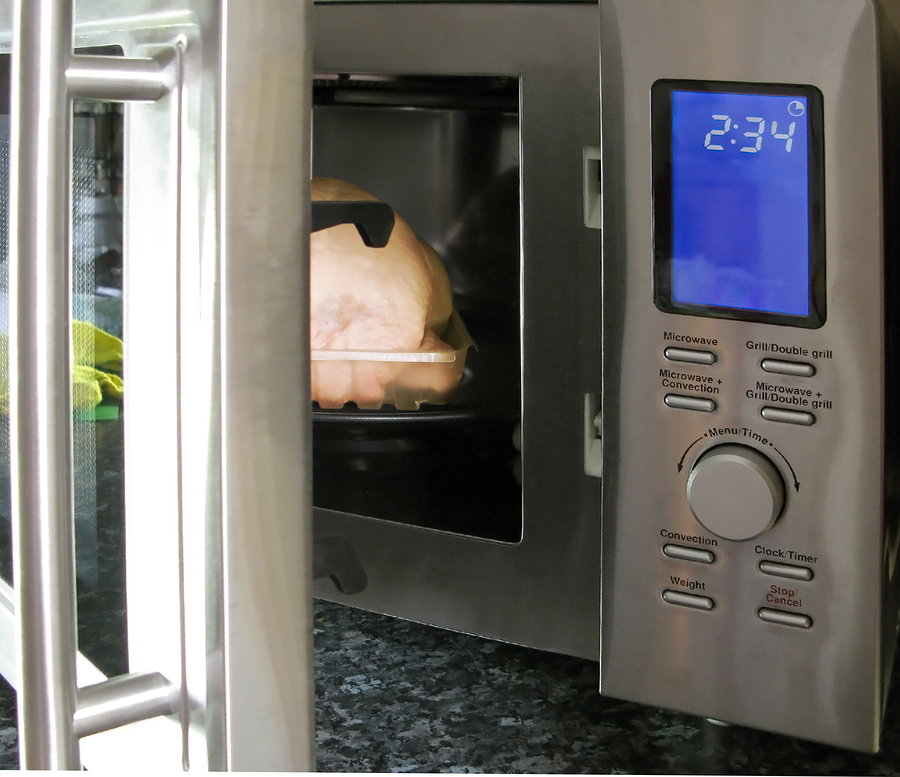 So What’s all the Controversy About?

Some claim that the process by which microwaves generate heat destroys the nutrients within food, effectively rendering the food useless from a health standpoint. Various studies appear to support this idea. One Australian study found that caused a greater level of “protein unfolding” in meats than heat generated by conventional cooking methods. Another study performed on broccoli appeared to show that the broccoli lost 97% of its’ cancer-fighting antioxidants when prepared in a microwave. Other studies showed nutrient destroying effects in garlic, breast milk, and other food items.

The opposing side argues that microwave ovens are perfectly safe and the claims to the contrary are pseudoscience. This is the official position of most official government organizations like the Food and Drug Administration (FDA) in the United States. They claim that the studies decrying the evils of microwave ovens were flawed or have been misinterpreted.

It is worth noting that ALL cooking methods alter the molecules of foods and if done incorrectly will ruin the food in question. The general consensus with these studies is that the longer the food spends in the microwave, the more risk there is of nutrient loss. Different nutrients react to microwaves in different ways. Vitamin B12 in particular appears to be sensitive to microwave radiation. Foods rich in that vitamin should not be microwaved if you wish to retain the benefits of it.

The presence of water also appears to exacerbate nutrient destruction. When vegetables are boiled, they lose a lot of their vitamins. One study showed that boiling spinach on a conventional stove caused it to lose most of its nutritional value, while microwaving with no water barely led to any vitamin loss.

The fact is that this issue is not entirely black and white. Different foods have different molecular structures and they are not all going to react to microwaves the same way, just as they don’t all react to traditional cooking the same way. There are some foods that should not go in the microwave at all, and there are some others that can be microwaved, provided you take some basic precautions.

The Container You Use Plays a Role

One important factor that should not be neglected is the type of container you place in your food in or on when using a microwave oven. This can, and does, play a factor in just how healthy the end result of microwave cooking is.

Many people use plastic containers when heating food in a microwave. There are some potential problems that can arise from this. Chemical compounds called BPAs (Bisphenol A) are found in many plastics. BPAs have been shown to have serious hormone-disrupting properties. Exposure to heat increased the “migration” of these chemicals. In other words, when these BPA-containing plastics are exposed to heat, the chemicals can leach into the food itself.

Some plastic containers are labelled “microwave-safe”. This does not mean they do not leak chemicals into food when heated. All it means is that it does so at levels below what organizations like the FDA consider to be harmful. Of course, many claim there is no “safe” level of exposure to such chemicals. The best way to completely eliminate this risk is to only use glass and ceramic containers in microwave ovens and avoid using plastic containers entirely.

There is a right way and a wrong way to use a microwave oven. Microwaving is done for convenience, not quality or nutrition. It is not the ideal way to prepare food. Various studies appear to indicate that microwaving some foods alters the nutrients they contain in ways that are undesirable.

READ ALSO: Common Foods That Food Experts Won’t Eat but You Do Everyday

It is recommended that you prepare your meals with conventional cooking methods. If you must microwave your food, only use ceramic and glass containers, never plastic. Do not add water when heating vegetables, as this will exacerbate the leaking of nutrients. Finally, try to reduce the amount of time the food spends in the microwave. Just as overcooking on a stove can ruin food, keeping food in the microwave for too long can damage the molecules it contains and eliminate nutritional value.