Is Your Rubber Ducky Ruining Your Sex Life? 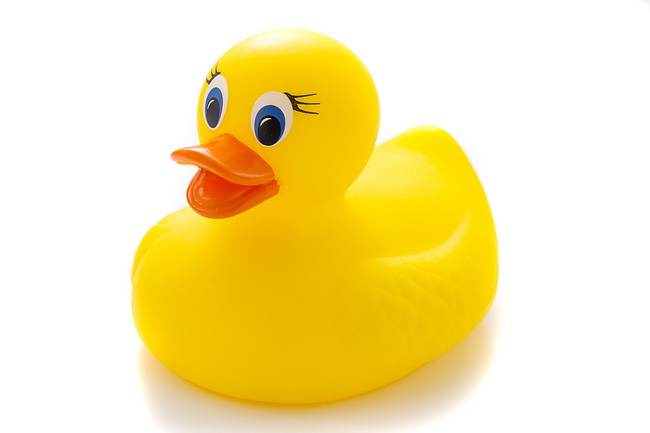 Chances are pretty good that when you are taking inventory about all the things that are interfering with your sex life, things like your little rubber ducky isn’t one of them. In fact, you probably haven’t given a second thought to any of the plastic in your life or the harm they could be causing you, but new research that was presented at the American Society for Reproductive Medicine’s annual meeting showed that exposure to compounds called phthalates can play a dramatic role when it comes to a woman’s sexual desire.

This study entitled “The Study for Future Families” involved pregnant women from several cities around the US. They were asked to fill out questionnaires related to their sexual interest and sexual problems, as well as provide urine samples to test for phthalate exposure. After adjusting for certain variables, such as age, education, race, anti-depressant usage, and number of children, scientists discovered that women who were in the top 25 percent of exposure were more than 2.5 times more likely to state that they had lost interest in sex.

Over the past 50 years, there has also been a dramatic decline in men’s testosterone levels, as well as a reduced level in the quality of semen and an increase in genital malformation in newborn males. The University of Michigan School of Public Health stated in a press relief that they have found evidence of increased levels of phthalate exposure, especially for boys between the ages of 6 and 12, and women between the ages of 40 and 60. Low testosterone levels in young males will negatively affect reproductive development and for middle aged women, phthalates can decrease libido, energy levels, sexual function, and cognitive function.

What exactly are phthalates? These are chemicals that are found in just about everything around us today including cosmetics, nail polish, vinyl floors, shampoo, hair spray, raincoats, some pharmaceutical drugs, baby care products, household products and insecticides, and plastic. Yes, this would include your rubber ducky. Phthalates are what make plastics soft. They have a definite smell to them. When you open a new plastic shower curtain, that smell? That very distinctive smell? Those are phthalates. So when you have any plastic that is soft, flexible, squeezable, you can bet your bottom dollar that it contains phthalates. Think about how many items are in your home right now, including your children’s toys, which are made from soft, pliable plastic. Staggering isn’t it? Read also about other household items known to cause cancer.

Related Posts
be awarebodycancernatural living tips
Help Us Spread The Word!
Like Us On Facebook To Stay Updated!
I'm already a Naturalon fan, don't show this box again.