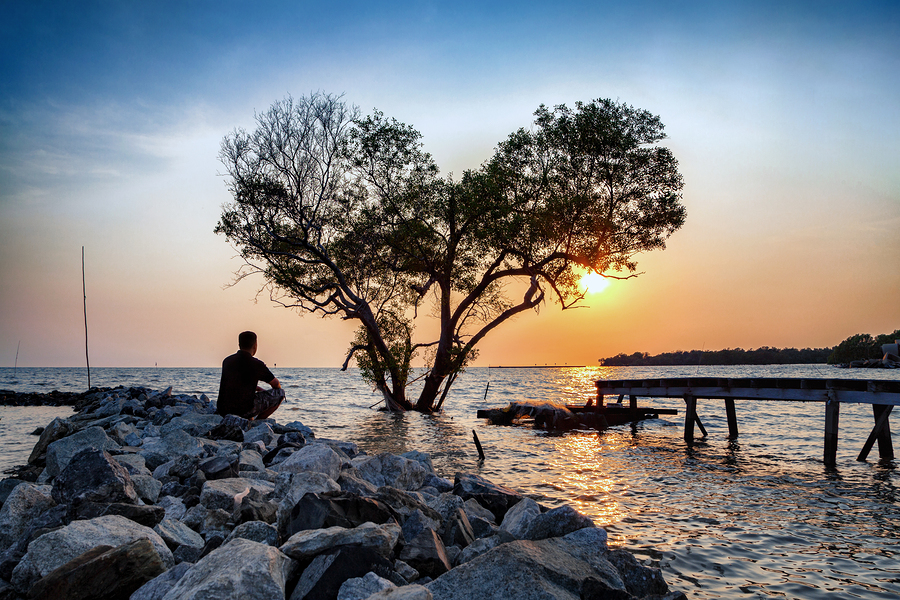 There have been a lot of articles lately talking about the negative effects of loneliness on our mental and physical health and on that of society. Indeed this is a problem that needs to be addressed. But what is the distinction between loneliness and solitude? Is being alone always a negative, or are there instances where it can be beneficial? Let’s explore this distinction in detail and get a sense of how to understand this issue in the best way.

The Problem of Loneliness in Modern Society

Recent research has found there are a large number of people in countries such as Britain and the United States who report feeling socially isolated. In 2014, The Guardian published a report from the Office for National Statistics which found that British residents reported more feelings of loneliness than anywhere else in Europe. British people, according to their data, were “less likely to have strong friendships or know their neighbors than anywhere else in the EU.”

Loneliness is a problem that often affects older people, especially when families are living in different places. But there are an increasing number of younger adults (defined as 18-34) who also reported feeling this way. A survey by the Mental Health Foundation in the UK found that a larger amount of younger people reported feeling lonely and feeling depressed about than middle-aged or elderly adults.

Why is this happening? There are several factors at work. A general trend toward social atomization has occurred in recent decades in the Western world, particularly in English-speaking countries like the UK and the US. It has become more common for people to commute longer distances to work, resulting in the rise of “bedroom communities” where people simply sleep rather than closely-knit communities where people know each other and regularly interact. This is further accompanied by the fact that lots of people relocate to other cities and towns for job opportunities. In doing so, they are leaving their family and old circle of friends behind. It can be difficult to rebuild that after relocating to a new place where you don’t know anyone. Some studies also cite lack of funding for public spaces like community centers or libraries as additional factors contributing to this loneliness epidemic.

The costs of all this are becoming clearer as time goes on: There is now a multitude of evidence showing how loneliness can have a negative effect on both mental and physical health. Some research even suggests the effects are as serious as smoking or obesity.