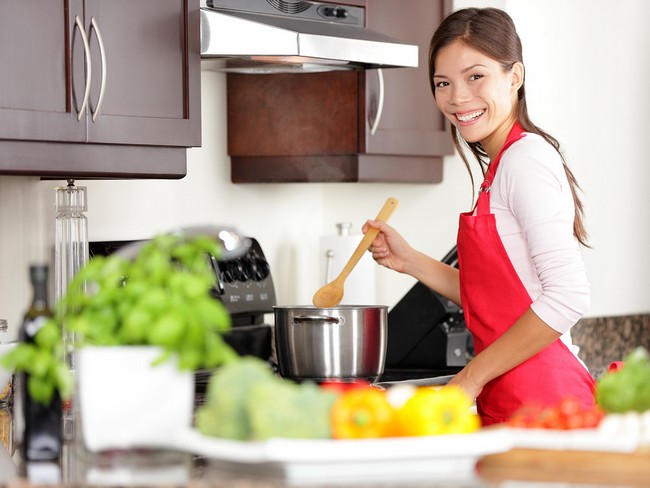 If you are using bones that have not been cooked previously, especially cow bones, it will improve the flavor if you roast them first. Place them on a baking sheet and roast them in the oven at 350 degrees for about 30 minutes.

Chop the vegetables, except for the garlic and parsley.

Using a 5 gallon soup pot, pour about 4 gallons of cold water and the vinegar over the bones. Allow to sit for about 30 minutes in the cool water. Don’t heat it at this time. This allows time for the acid to make the nutrients in the bones softer so that they will leech into the water.

Add your vegetables, salt, and spices at this time, except for the parsley and garlic.

Bring the pot to a boil. Once it is vigorously boiling, reduce the heat and simmer on low for the following time periods:

Check the pot during the first few hours. You will notice impurities floating to the top of the broth. It’s a foamy, usually greyish colored layer that you will be able to remove with a spoon. Simply throw this away.

During the last 30 minutes of cooking time, add your parsley and garlic, if you would like to use it.

Turn off the heat and allow to cool for about 15 minutes. Using a fine, metal strainer, remove all the small bits of bone and vegetables. After it has cooled completely, you can store this is glass jars in the refrigerator for 5 days, or freeze for later use.

After your broth has been in the fridge or freezer for a few hours, you will find that a layer of fat has formed on the top. Leave it undisturbed as it helps to protect the broth underneath. Break it up and discard it only when you are ready to reheat the broth.

That’s it! You just made your first batch of bone broth!

During the cold winter months, you can drink this by the mug full for a daily little boost to your health and immune system support. Bone broth is also great to have on hand when someone is sick. Many times sick people are not interested in food, but they can keep down some bone broth, which gives them important nutrients and provides support for their immune system so that they can fight off their illness.