Pesticides Are Just As Dangerous As What?! Are You Kidding?! 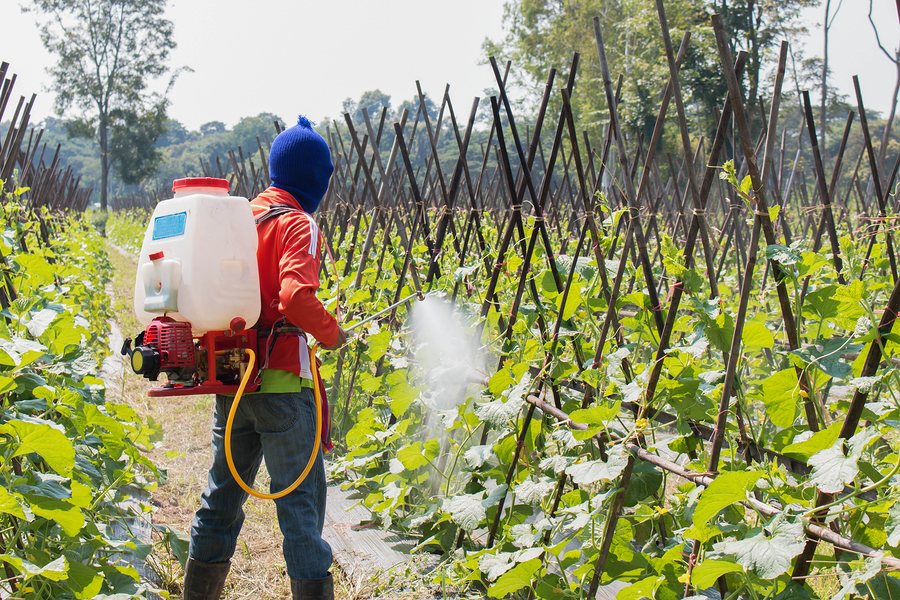 A new study links organophosphate pesticides with vastly decreased lung function. This study was conducted by the Center for the Health Assessment of Mothers and Children of Salinas and looked at 279 children between the ages of 6 months and 5 years of age.

It’s interesting to note that all the children tested had these pesticide residues in their urine. Researchers found that for every tenfold increase in the concentration of pesticides in the urine, the children had an 8 percent less airflow in the lungs. This did not change even when the researchers accounted for smokers in the home, air pollution, pets in the home, or mold.

The study author stated that the children who had higher pesticide exposure had lower breathing abilities, hands down. Researchers speculate that if this reduced lung function persists into adulthood, these children would be at greater risk for developing problems such as COPD. These types of breathing problems are similar to those found in children who are exposed to secondhand smoke in the home. Imagine that – pesticides are just as dangerous to our children as secondhand smoke.

This study didn’t look at how these children were being exposed to these pesticides, but the scientists did warn that those who worked in agriculture should remove their clothes and shoes before entering their homes, that children should kept away from fields and that persons who live near farms or fields should keep their windows closed when crops are being sprayed.

Eating organic is always the best way to avoid these dangerous pesticides. In February of 2015, the University of Washington School of Public Health released a study that found that people who ate organic had much lower levels of pesticide in their urine compared to those who ate conventional produce.

Another study, published in the Journal of Environmental Research in May of 2014, found that subjects who consumed an 80 percent organic diet had 89 percent less pesticide residue than those who consumed conventional foods. In fact, this study found that after just one week of eating organic, even very contaminated subjects had vastly reduced levels of organophosphates in their urine.

Although the EPA suggested earlier this year that agriculture should eliminate all uses of chlorpyrifos, which is one of the most heavily used type of pesticide, but no actual law was passed.

Many people still view pesticides as a “necessary evil.” It is very important that you understand the dangers of pesticides. Even if you do not, an estimated 59 percent of homeowners admit that they still use pesticides on a regular basis. This means that your neighbors could be exposing you to dangerous chemicals and you might not even be aware of it. Pesticides are also used by many businesses, in public parks or meeting areas, shopping malls, food courts, and even doctors’ offices. This is mostly due to slick marketing schemes by pesticide manufacturers that have convinced people that the risks of using pesticides outweigh the dangers of insects!

We aren’t denying that some insects carry disease. This is a known fact. But what you aren’t being told is that the actual instances of disease caused by insects are actually quite low. Out of the roughly 900,000 types of insect in the world, only about seven of them actually carry disease. If you think about it, when was the last time you or anyone you know was infected by a disease from an insect?

One study, conducted in 1998, found that pesticides and other toxic compounds lead to fertility issues, growth retardation, fetal death, birth defects, and ovarian failure. Numerous pesticides, including chlordane, can be found in breast milk. This doesn’t mean you should stop breastfeeding, however. This is still the healthiest thing for your baby!