Plums Vs Prunes: Which Are Better? 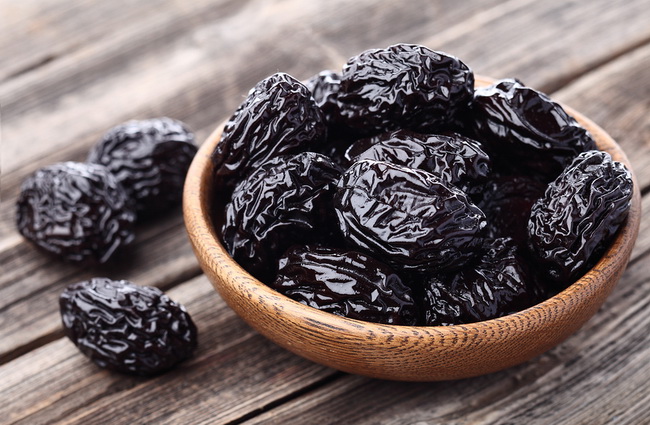 Every few months, a new superfood becomes trendy. One of the current favorites is dried plums, also known as prunes. But what makes these dehydrated fruits so special? Are they better for you than undried plums? Are they just giant raisins, and people are getting excited over nothing? Read on, and we’ll help you get to the bottom of this dried plum conundrum.

Everyone enjoys a good plum. Believed to have originated in ancient China, this popular fruit is closely related to other similar fleshy, pitted fruits like apricots, nectarines and peaches. A prune is a dried version of a plum. When dried, plums assume a wrinkly, shriveled appearance much like raisins, and have a more intense, concentrated flavor. It takes around four pounds of fresh plums to produce one pound of dried plums.

For many years, plums in their dried form were sold as prunes, but many people apparently found the term unappealing, and they were never as popular as other dried fruits. In recent years, clever marketers began calling them simply “dried plums,” and sales began to increase. But whatever you choose to call them, do they really deserve to be in the lauded “superfood” category? What are the health benefits of eating dried plums, and are they any better for you than fresh ones?

The Health Benefits of Plums, Fresh and Dried

By any objective standard, a fresh plum would be considered a healthy food. A typical plum contains 11 percent of the recommended daily intake (RDI) of vitamin A, 23 percent of the RDI for vitamin C and 13 percent of the RDI for vitamin K, which many people don’t get enough of. Plums also offer potassium, calcium, thiamine and iron. One of the downsides of plums for some people might be the relatively high sugar and carbohydrate content. But fresh plums also contain B vitamins, which can help metabolize these compounds and break them down.

When it comes to vitamin C, dried plums appear to fall short. Much of this immunity-boosting vitamin is lost during the dehydration process which turns fresh plums into prunes. But something interesting happens when a plum is dried: the vitamin C levels might go down, but the concentrations of all other nutrients go up quite significantly! A one-cup eigh8-ounce) serving of dried plums has incredible 129 percent RDI for vitamin K! This crucial nutrient helps your body to absorb glucose, which stabilizes your blood sugar levels, and assists in blood coagulation. Dried plums also contain higher levels of vitamin A and iron, as well as up to six times the level of antioxidants as a fresh plum!