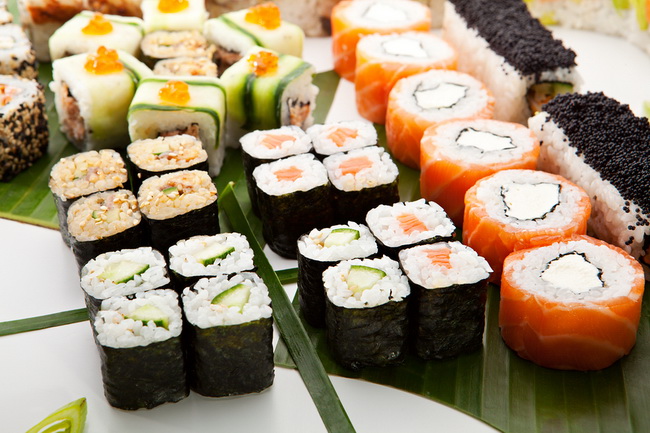 Every sushi bar or restaurant serves wasabi, and there is a good reason why. Wasabi kills parasites naturally. Wasabi comes from a root that grows in the mountain streams in Japan. This root is extremely valuable and has powerful medicinal properties. So feel free to add as much wasabi to your sushi as you like, and kill those little parasitic suckers.

3. Choose the Atlantic Ocean over the Pacific Ocean

The Atlantic Ocean contains fewer fish, so the risk of contact with infected fish is lower. The Pacific Ocean has a much higher population of fish and is therefore much more likely to spread parasites among them.

These are fish that not only go through all of the FDA’s requirements, but they are then inspected and found to be low in parasites, or have no parasites. They are then frozen so that any living parasites will be effectively killed.

SEE ALSO: Top 12 Herbs and Spices to Get You Through the Flu Season

Humans love tuna, but parasites don’t seem to share the feeling. Tuna is so rarely infected with parasites that the FDA doesn’t require these fish to be frozen to kill parasites, though manufacturers will freeze them anyway. Tuna are fast moving and are not found in areas where parasites are common. Tuna might be higher in heavy metals such as mercury than other fish, however, so sometimes it’s a case of six of one, a half dozen of the other.

Fish that have not been around for long have not had time to pick up parasites.

The bottom line is unless you have an immune system problem or liver disease, you can still enjoy your sushi, as long as you take a few precautions.