This One Spice Can Save And Even Restore Vision (You Won’t Believe It!)

Researchers from Italy have conducted studies which may have discovered one simple spice that just might be the cure for age-related macular degeneration, the main cause of blindness in those over 60.

The macula is responsible for the central part of our vision, so it makes sense that this part of the eye is found right in the center. Over time, the macula can degenerate. This usually happens slowly, so it usually goes unnoticed for many years but it can happen more quickly, affecting younger persons as well.

When the macular degenerates, it starts to cause a blurry spot directly in the center of the eye. Slowly, this blurriness turns to wavy lines, creating a hole directly in the center of vision. Persons who suffer from macular degeneration are considered to be legally blind even through their peripheral vision remains unaffected. This eye condition is a serious problem as it affects more people than cataracts and glaucoma combined.  Although genetics play a part in the development of this disease, it can be accelerated by other factors, such as smoking.

Those who love Indian food will be happy to know that saffron, that orange-yellow spice that is typically used in Indian food dishes, can help to prevent problems with vision or even cure vision problems that already exist.

When it comes to vision health, most people instantly think “carrots.”  Now that saffron has been shown in studies to protect and repair the eyes, you can feel good about giving in to those cravings for Indian food!

The research team in Italy, composed of scientists from several universities, looked at the effects of the consumption of saffron would have on subjects who had macular degeneration. Subjects were given just 20 mgs of saffron each day. After just three months of consuming saffron, researchers found that those who had early stage macular degeneration had improved functioning of the retinas and these improvements were far better than the placebo group. 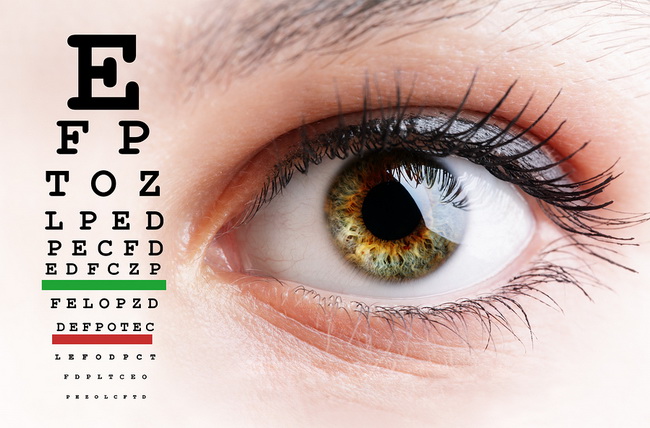 Another study out of the University of Sydney used 25 subjects over a six month period. This trial was double blind and controlled study. One half of the group took saffron supplements for the first three months, then a placebo for the last three months. The other group took the reverse procedure. All patients experienced improvements in their vision while they were taking saffron supplements but they quickly lost all gains once they stopped consuming the saffron. Just like the study out of Italy, these subjects were also taking only 20 mgs of saffron daily.

Researchers in the Australian study stated that it is more than just the antioxidant power of saffron that helps vision, it also seems to affect the genes that regulate the fatty acid content of cell membranes. This would make eye cells tougher and much more resilient.

Saffron has a long history of being used to treat a wide variety of health problems such as depression, menopause symptoms, chronic diarrhea, menstrual pain, and neuralgia. Modern day studies show that saffron has anti-carcinogenic, anti-mutagenic, immune-modulating and antioxidant like compounds.

The only drawback here is that saffron can be quite expensive. However, you can find a saffron extract supplement which tends to be much cheaper.

There are other ways to help improve and protect your vision. The Institute for Natural Healing says that eating three servings of mango each day (about 1.5 cups of mango) can reduce your chances of developing this terrible eye disease by more than half.

This makes sense as mangos contain tons of vitamin A, as well as being rich in two powerful antioxidants, lutein and zeaxanthin. These antioxidants protect your eyes from the UV rays of the sun, which cause eye damage over time.

No matter how old you are, it is never too late to start looking after and protecting your precious gift of sight.

Related Posts
be awarehealth benefitsnatural remedies
Help Us Spread The Word!
Like Us On Facebook To Stay Updated!
I'm already a Naturalon fan, don't show this box again.