This One Type Of Oil Scientifically Proven To Kill Cancer Cells 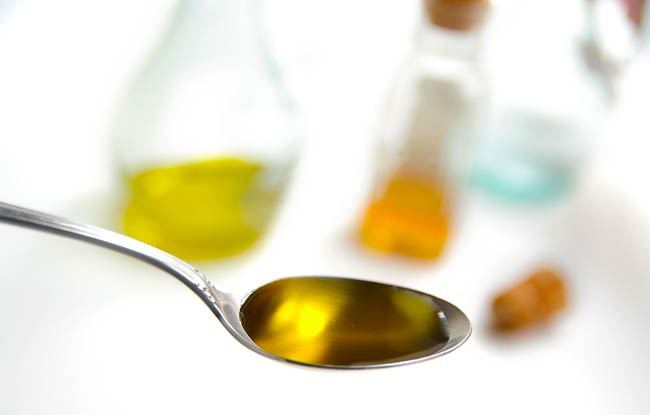 Do you remember what the gifts of the Three Wise Men were? Frankincense, gold, and myrrh. These were valuable commodities in their time. Although gold continues to be very valuable, when was the last time someone gave you a gift of myrrh or frankincense?

Although we don’t know if they timed it this way or not, but just before Christmas of 2013, the University of Leicester released the results of a study finding that frankincense targeted cancer cells in patients who had advanced stages of ovarian cancer. According to the lead researcher on this project, it was due to the AKBA in frankincense.

Frankincense has been consumed by people for eons with absolutely no known side effects, something that radiation therapy or chemotherapy can certainly never claim.

Researchers have previously found that Boselli acid, or BA, kills cancer cells. There has been some debate as to whether BA is too large of a compound to survive essential oil filtration systems, but several studies claim that BA does remain intact when going through the essential oil filtration process. Although scientists can show frankincense oil is beneficial for cancer patients, they can’t exactly explain why. Some research suggests that the cancer-fighting terpene in frankincense, Beta-elemene, is able to cross the blood-brain barrier, but this is only a theory at this point.

In fact, Beta-elemene is found in many other plants like mint and celery, which would explain why things such as celery seed have also been shown to be effective cancer fighters.

Beta-elemene has been shown to prevent the growth of cancer cells in lab tests. It is unclear at this time if consuming raw herbs high in Beta-elemene would have the same cancer-fighting effects, as more research is needed in this area.

However, you will find plenty of people who suggest that the high levels of Beta-elemene in frankincense help to fight back against aggressive cancers, or at the very least, prolong and improve quality of life.

Research has found that frankincense has anti-mutagenic and apoptotic capabilities. Although current studies have discovered these results in lab tests, and they have not been used in human trials, there is no denying the repeated results which find that the boswellic acids in frankincense killed ovarian cancer cells when applied at pharmacologically achievable concentrations.

For people who have decided to add frankincense essential oils to their cancer treatment plans, the benefits appear to go far beyond any anti-tumor effect. Although these subjects continued with conventional treatments, frankincense was shown to help the body on many different levels.

For example, subjects who once had brain tumors often experience swelling of the brain, called cerebral edema. Most doctors recommend steroid treatment to combat this, but steroids have their own side effects.

However, when frankincense is added to treatment plans, things change. One clinical trial with 44 subjects back in 2011 found that when these subjects consumed frankincense oil, the swelling was reduced by as much as 75 percent. Researchers recommended, based on this study, that frankincense be prescribed for those with cerebral edema in these types of cancer cases.

Frankincense was also the subject of a study published in the journal Oncology Letters, which highlighted the ability of frankincense to kill the MCF-7 and HS-1 cancer cells, which cause breast cancer and tumors. Several other studies have found that this essential oil had powerful anti-cancer compounds and mitigated many different types of cancer cells.

READ ALSO: The Unbelievable Benefits of This One Cancer Fighting Oil

This will be a fascinating story to watch unfold when human trials are conducted.

Frankincense can improve your immune system and promote the health and vitality of the non-cancerous cells next door! So even if you don’t have cancer, there really is no reason not to add this powerful essential oil to your daily health routine.

Related Posts
canceressential oilhow to
Help Us Spread The Word!
Like Us On Facebook To Stay Updated!
I'm already a Naturalon fan, don't show this box again.