Tree Hugging Proven to be Good for You 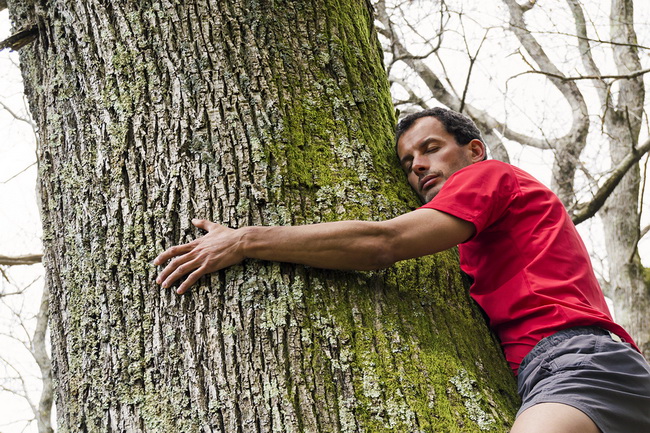 Think tree huggers are strange people who are missing a few marbles? Time for a reality check! Science has now proven that hugging trees, or even just being near them, has powerful health benefits.

Author Matthew Silverstone recently published a book that lists scientific evidence that trees improve many health issues such as reaction times, concentration levels, stress, depression, and mental illness. In his book, Blinded by Science, he points to research that shows that trees have the ability to stop headaches in persons who commune with them.

Numerous studies show that children show tremendous physiological and psychological improvements when they interact with plants and trees. Studies show that children behave better and have better cognitive abilities when they are placed in green environments. Silverstone quotes a major public health report that showed that there was a strong connection between green spaces and mental health.

What is it about nature that it has such strong effects on us? Some believe that it’s the pure oxygen that green plants give off, but according to Silverstone it has nothing to do with oxygen but rather it’s the vibrational properties that trees have that give us these health benefits and good feelings.

Everything vibrates in its own subtle manner. Different vibrations are known to have different effects on biological behavior. For example, one research experiment shows that when subjects drank a glass of water treated with a 10Hz vibration, blood coagulation rates change immediately. Therefore, it makes sense that trees have different vibrational patterns than we do, and touching them will affect various biological behaviors.

This idea about the vibration of trees is back up by numerous scientific studies that offer us convincing proof that hugging trees has definite benefits for humans. One report even reached the conclusion that green spaces might be the new medication for treating mental illness.

This isn’t an entirely new concept, however. Taoism, for example, teaches studies to meditate with trees as a means of releasing negative energies. One Taoist master, Mantak Chia, says that trees are natural processors that help transform your sick or negative energy into a vital life force type of energy that can help you facilitate your own physical and emotional healing. His theory is that, because trees do not move, they absorb the energy from the earth more efficiently, as well as the Universal Force from the sky above. Trees absorb light and transform them into physical food and they can do the same with “energy” food. Taoists see trees as living things in constant meditation and subtle energy is their language.