Vanilla Could Be The Cure For Postmenopausal Osteoporosis 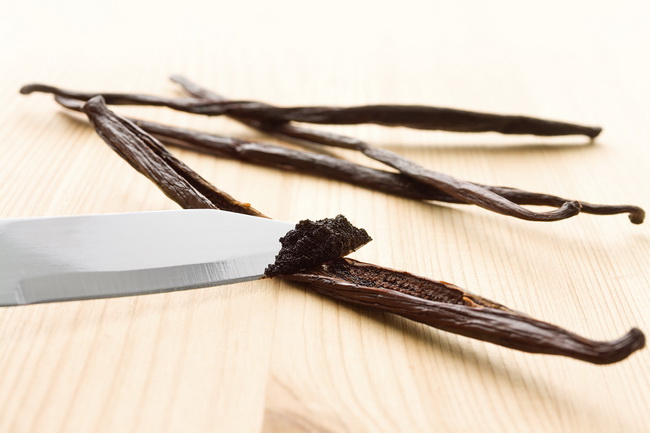 Osteoporosis is a disease of the bones that affects many people in the world, particularly older individuals, those with certain predispositions or illnesses, and menopausal women. The fact is that women are four times as likely to develop osteoporosis as they age compared to men. Asian women are also particularly susceptible and research has shown that women’s vulnerability might also be due to their more delicate and small bone structure and to their longer life spans.

Unfortunately, women also have one more factor that seems to increase their likelihood of developing osteoporosis, and one of the reasons it’s called postmenopausal osteoporosis. Estrogen levels in the body have been hypothesized to directly impact the maintaining of bone mineralization and turnover rate of osteoclasts and osteoblasts. The osteoclasts and osteoblasts are two kinds of ‘bone cells’ found in the body and their jobs are to create bone (osteoblasts) and to break down old bone cells to make way for new ones (osteoclasts). The balance of these two types of cells and their work is regulated by estrogen. Low levels of estrogen cause the increase of osteoclast activity which breaks down bones faster and hinders the ability of osteoblasts to work. This is true for both male and female bodies, although women’s naturally falling estrogen levels after menopause means that they are at a greater risk of their bones becoming fragile.

Osteoporosis is known as a silent disease because most don’t know they have it until a bone fracture or break occurs, at which point the damage is already done and it is quite difficult to reverse the process or to stop its progression. Those that have had one bone fracture or break from osteoporosis are at a much higher risk of developing further bone problems. Osteoporosis has so far been treated with hormone therapy, different drugs, and sometimes (if the disease is not too advanced) with supplements and amended lifestyles. And now there might be one more natural way to treat osteoporosis without the side effects of drugs or hormone therapies.

Researchers in China discovered that the vanillic acid that is present in copious amounts in vanilla extract can be a way to help balance estrogen levels in the body and thus regulate the process of osteoblast and osteoclast activity. Their study was conducted on female rats to test the way that their bodies and bones would respond to supplements of vanillic acid. The rats were divided into four groups – one group had bilateral laparotomies (incisions into the abdominal cavity) and the other three groups had bilateral ovariectomies (the removal of both ovaries). The three groups that had ovarietomies were treated for twelve weeks with either 50mg/kg of vanillic acid, 100 mlg/kg of vanilic acid or nothing at all.

At the end of the study, the researchers tested how vanilic acid had worked with a few different tests and variables. The femurs, uterus, blood, and urine were collected from each individual rat and the femurs were tested for bone density and mineralization as well as bone mechanical strength. It was found that the rats that had undergone ovariectomies but had been supplemented with vanillic acid had markedly increased levels of bone mineral density and content. It also seemed that in this case, more was more as the rats that had higher doses of vanillic acid also had higher mineral content and better strength in their femurs. Even with the positive results of the study, the researchers stated that it did have its limitations and more studies would have to be completed on the effects of vanillic acid as a form of treatment for osteoporosis before it would be more widely accepted and become something to be prescribed.

Where To Find Vanillic Acid

Vanillic acid is found in abundance in vanilla extract, but it is not the only place in nature where it can be obtained from. A Chinese herb called Female ginseng, appropriately, has the highest levels of vanillic acid that is naturally occurring among plants. It is also a root that is quite beneficial to many kinds of female health problems and grows abundantly in China, Japan, and Korea. Vanillic acid can also be found in acai oil and argan oil. Acai oil can be used for cooking and is green and bland in color and taste. Argan oil is most widely used in cosmetics and skincare products and vanillic acid is one of the main natural phenols found in the product. Argan oil has been prepared in culinary dishes in the area that it is natively grown, Morocco.

Other Natural Treatments For Osteoporosis

Although vanillic acid seems to be a great way to treat osteoporosis, it is not yet widely accepted or used and it still has years of research for it to be approved as a treatment. If you’re looking for natural treatments for osteoporosis, there are a few ways available already that can be incorporated. One of the most important things to do, especially as age progresses, is to make sure you’re eating the right foods in your diet to help your body stay balanced. Including foods such as raw, cultured dairy, wild-caught fish, sea vegetables and leafy green vegetables, and alkaline foods. Foods to stay away from include alcohol, sweetened beverages, sugar, processed meats, and caffeine.

Supplements are also helpful when heading into later years and will be beneficial not only for your bones but your entire body. Include magnesium, calcium, Vitamin D3, Vitamin K2, and strontium. To keep osteoporosis at bay, light exercise is also encouraged as well as getting plenty of sunshine. Essential oils such as cypress, fir, and helichrysum might also be helpful in repairing damaged bone.

Menopausal osteoporosis is a silent disease that affects many women and men in the world and most don’t know they have it until it is too late. If you’re aging and you don’t want to fall into the statistic of individuals with osteoporosis, the best way to do that is take preventative measures. Unfortunately, that is not always the case and thus researchers are still working on treatments for already developed osteoporosis. Vanillic acid seems to be a promising natural treatment for the disease with rats in the study showing marked increases in bone density and strength after taking vanillic supplements. Other natural treatments for osteoporosis are also available. If you’re suffering from this disease, know that there are ways to lessen the pain and the risk of broken bones and look forward to a future of uses for vanillic acid as a treatment.

Related Posts
benefitshealthwomen's health
Help Us Spread The Word!
Like Us On Facebook To Stay Updated!
I'm already a Naturalon fan, don't show this box again.