What’s New and Beneficial about Onions 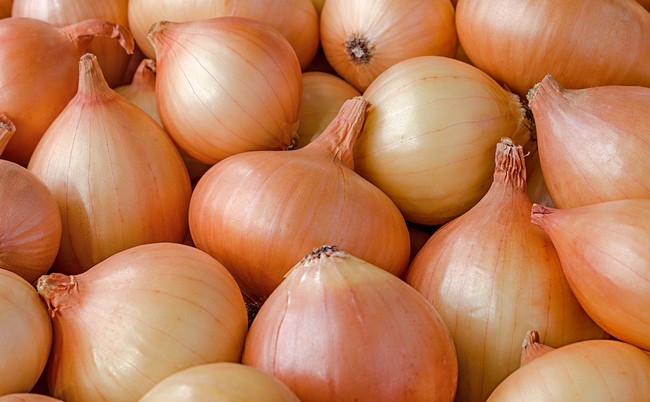 3. Onions were a prehistoric staple food

Wild onions have been used as food since the very earliest of times, and were probably a main staple in our ancestor’s prehistoric diet. Onions have been cultivated for at least 5,000 years and possibly more. Since onions grow wild in many regions they were most likely eaten by the thousands all over the world. Since onions are easy to grow, and are easily transported, they were most likely one of the earliest cultivated crop. Onions can be dried and preserved and therefore used later if food became difficult to find. Although the origin of the onion remains unknown, it’s been described as being used since ancient times. The Egyptians used the onion as a symbol of eternity and they even buried them with their Pharaohs. In India onions were used for good digestion and for heart, eye, and joint remedies. In Europe, during the Middle Ages, onions were quite popular and were prescribed for many ailments including hair loss, snakebites, and headaches; while Native Americans used onions for cooking, dyes, and even toys for their children.

4. Onions are good for almost every body part and function

The more we know about onions the more we realize they have something to offer for our entire body. Research shows that eating onions can offer you these health benefits and more:

One of the great things about onions is, unlike many other vegetables, they don’t lose their vitamins or health benefits when they are cooked under low heat, such as a simmering soup or stew. So making an onion soup tonight might just be the easy super food recipe you are looking for!

Related Posts
natural remediesvegetables
Help Us Spread The Word!
Like Us On Facebook To Stay Updated!
I'm already a Naturalon fan, don't show this box again.