Fibromyalgia – it is a disorder that can be met in every 4th person.

Statistics is not exact that’s why some sources of information give other numbers, but never less that every 4th patient. The disease is characterized by chronic symmetric musculoskeletal pains. Scientists don’t know exactly what is a reason for this disorder, some of them even say that fibromyalgia is not a disease, but a reaction to stress and depression.

Other think that environmental conditions are enough for this disease to appear. Anyway, it’s never useless to know more about potential threat in order to recognize it in time. Learn 11 early symptoms from the infographic. 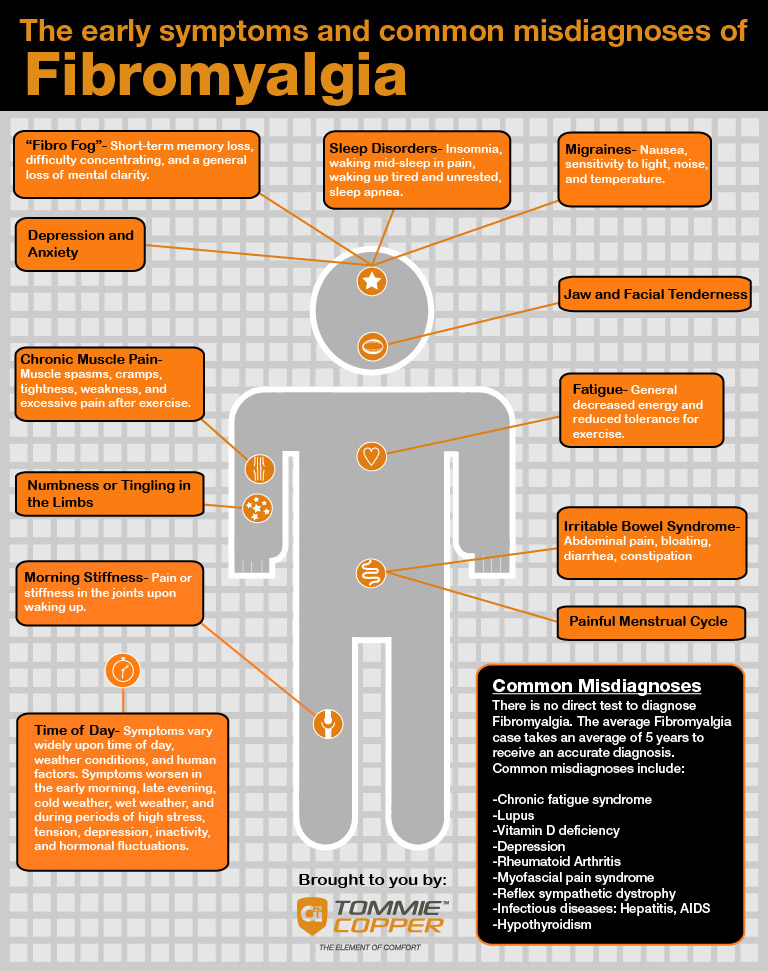 Related Posts
be awarehealth statistics
Help Us Spread The Word!
Like Us On Facebook To Stay Updated!
I'm already a Naturalon fan, don't show this box again.