12 Foods That Can Help You Kick the Smoking Habit 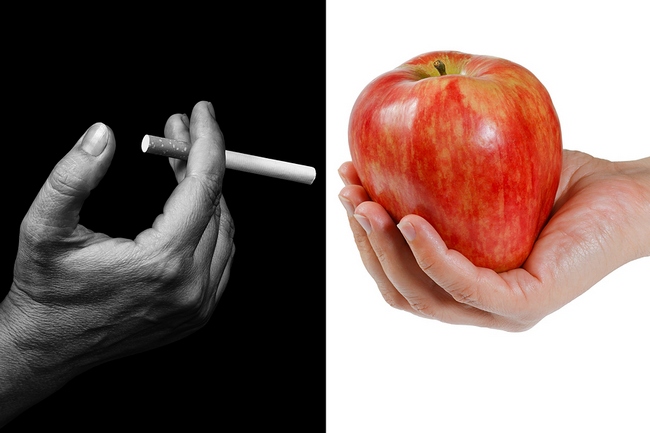 Are you trying to kick that nasty smoking habit but finding it difficult to do? You are not alone and it’s not surprising when studies show that nicotine is just as addictive as heroin. Why is it you never hear anyone recommend that people quit their heroin habit cold turkey but they expect smokers to do it? It’s almost impossible.

Believe it or not, there are certain foods that can help you cut that urge to smoke down to a more reasonable level. They can also help you to heal the damage that has been done to your body from smoking.

Take a look at the top 12 foods that can help you kick the smoking habit and lessen that urge to light up.

Any type of berry will help you cut the urge to smoke. Try keeping some frozen berries on hand and when that urge hits you, start eating a few handfuls. Strawberries, raspberries, blueberries, any berry will do the trick.

Air popped popcorn, minus the butter, should help when you feel like smoking. Some people report that having a salt taste in their mouth makes smoking sound unappealing.

You can also try chewing on some fresh celery to help you quit. Add a pinch of salt to it to making the thought of smoking even less appealing.

This native spice from India is something you can add to any dish and should help cut those cravings to smoke.

Yep, this sounds strange but it works for some people. When that urge to smoke hits you, grab a chunk of cheese, especially salty types of cheese.

The textures of some foods can help smokers fight their cravings for a cigarette, Try foods like beans or flaxseed, both of which are high in omega-3 fatty acids.

For many people, inhaling the scent of cinnamon from a cinnamon stick mimics the drag of a cigarette. You can also try chewing on a bit of cinnamon to help curb those cravings also.

Years of smoking will dull your taste buds, so when you quit you will find that you suddenly have this new appreciation of food. Don’t, however, eat empty calories that will make you gain that “smokers 15”, choose crunchy foods that are healthy such as carrots, nuts, apples, and grapes.

SEE ALSO: What Happens When You Stop Smoking Infographic

Some of these are known to fight the cravings for tobacco and they are great at restoring the damage that has been done to your body. Try maca and macuna. Or avocados or dandelion tea. It might take you a bit of experimenting before you find out what works for you, but there is probably a super food that will take away most, if not all, of your cravings,

As we mentioned before, eating a lot of salty foods often takes away the cravings for many smokers. Try to avoid empty calorie foods like potato chips and pretzels, instead, try putting salt on a half of a lime or lemon and suck on it, or add a pinch of salt to apple slices or celery.

We also want to mention here a few of the foods that you should avoid when you are trying to quit smoking such as:

Also, avoid any food that is a trigger for you to smoke. For example, many smokers enjoy a cigarette with their morning cup of coffee. If drinking coffee drives you crazy with the desire to smoke, try drinking some green tea instead, or have a morning smoothie. You can always go back to coffee later once you are sure you have kicked the habit, but in the meantime, avoid all trigger foods.

Related Posts
foodshealthhow to
Help Us Spread The Word!
Like Us On Facebook To Stay Updated!
I'm already a Naturalon fan, don't show this box again.