There is no other way to describe stink bugs… their name fits! They really stink! It’s their natural defense system, you see. When they are frightened or alarmed, they put out a really nasty smell. Same thing happens when you step on them. The problem is, how do you get rid of them?

More than likely, you have seen them around. They live almost everywhere in the US. They are originally from Asia, but they hitched a ride here and now, like Asia, we can’t get rid of them.

These foul smelling bugs have a hard, brown, shield-like body that helps to protect them from most predators. They love fruit trees, vegetables, and some ornamental plants. Although they don’t really harm humans, they are terribly annoying and can damage fruit crops in sufficient numbers.

If you have plenty of stink bugs but don’t think you have a lot of options for getting rid of them, think again! We have assembled a list of 12 of the best ways to naturally rid your home and yard of stink bugs. Maybe not forever, but at least enough of them so that you don’t have to live with thousands of them flying around your porch or your fruit trees.

1.  Make Your Own Natural Spray

If they are inside the house and you don’t want to squish them, make your own bug spray by mixing 32 ounces of hot water and ¾ of a cup of Dawn dishwashing liquid. This works really well. Spray the bugs directly, and then spray all the areas outside your home where these little stinkers might come inside; around doors, windows, porch doors, screens, and cracks.

Since stink bugs often spend their winters in your attic, putting one of those bug electrocution systems in your dark attic will help to keep those stink bugs under control.

If you can’t beat them, just suck them up! Next time you see those pesky little buggers in your home, grab the vacuum cleaner and suck them up! If they decide to let loose, they can do so safely inside your vacuum where you won’t smell them.

As we mentioned, stink bugs love your attic in the winter months, so this spring or summer, why not take a few hours and check your attic for holes, cracks, or gaps, and seal them. If you have gables or vents, put some screen material over them to prevent stink bugs from getting inside. 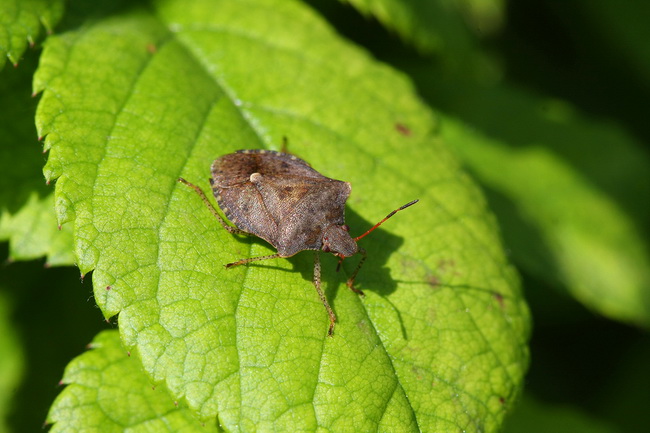 Believe it or not, some people claim that pesticides don’t work on these little stinkers (not that you would want to use them anyway), but for some reason, Lysol seems to stop them dead in their tracks. If you have some bugs and a can of Lysol, you can try killing them and freshen the house at the same time.

These little buggers can enter the house easily through window air conditioner units so either seal them up or remove them entirely to keep those bugs from making your house their home.

One old fashioned method of removing these bugs is to hang an old damp towel inside or outside (depending on where they are) overnight. In the morning, it will be covered in stink bugs. Now you can vacuum them up or knock them into a bowl of soapy water so they drown.

Move your fruit trees and vegetable gardens away from the house, or at least away from the doors, so the stink bugs stay farther away from your house. 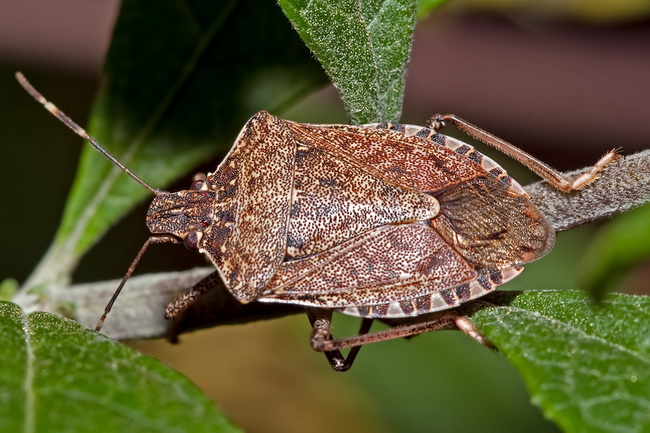 If you can stand the smell, squish some of them outside your home, near openings where they usually like to come into your house. The smell they put out warns other stink bugs to steer clear.

Hang stink bug traps or fly paper outside the windows and doors of your home to help trap them before they get inside.

Keep those ugly little stinkers outside by sealing all windows, doors, basement windows, foundation cracks, and any place where they might get in. The best way to deal with the stink is to not let them inside to begin with.

SEE ALSO: 12 Tips to Protect Yourself from Bug Bites

Cut the top of a half-gallon or even a gallon jug and fill it halfway with soapy water. When you find stink bugs, inside or outside, use a piece of cardboard to whisk them into the water so that they drown. The water will hide their scent if they decide to let loose.

Although these pests are fairly new to the US, they are spreading quickly. You can help to save fruit crops by killing as many as possible and stopping them from overwintering in your attic by following some of the steps above. Good luck, and may the stink bugs avoid you!