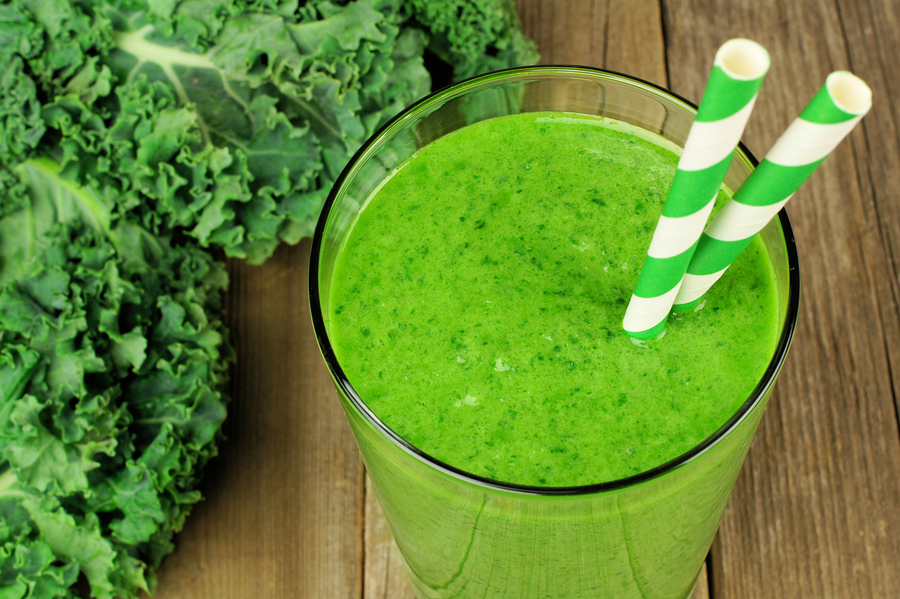 There is simply no way around it: When it comes to healthy greens, kale is known to be the king of them all. Not only is it one of the most nutritiously dense foods on the planet, it is also one of the most popular.

If you haven’t tried kale, you really must! Although some people aren’t crazy about the taste, this is usually because they just haven’t found a way to make it in a manner that appeals to them.

Try eating smaller, baby leaves of kale. These are tenderer and not as stringy. If you don’t like it fresh, try drizzling pieces of kale with a bit of olive oil or avocado oil, a sprinkle of salt, and then baking them in your oven until they are dry. Kale chips are so tasty, you might not even think about potato chips or French fries again!

You can add kale to your green smoothies or simply use them in place of lettuce on your sandwiches or in any recipe calling for lettuce.

Now that you know how you can add more of this king of greens to your life, let’s look at the 12 reasons why you should be making kale king at your house.

If you want to fight chronic inflammation in the body, or if you suffer from arthritis or painful joints, then you will want to add more kale to your diet. Kale has omega-3 fatty acids, which help to fight inflammation. Inflammation is the root cause behind many of the health problems we face today, such as asthma, arthritis, Alzheimer’s, and autoimmune diseases. 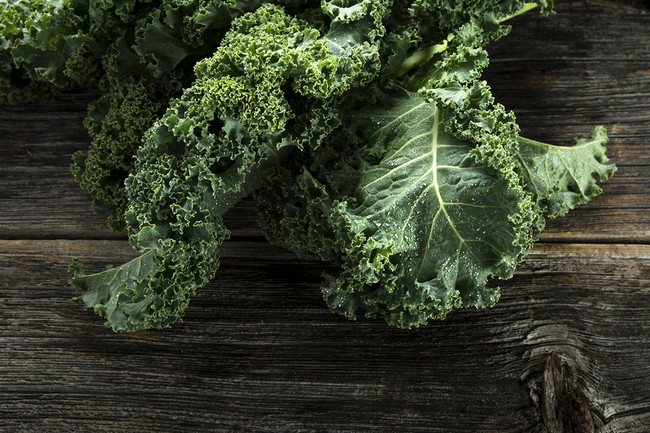 2. A Treasure Chest of Nutrition

Although some people think that kale is a type of lettuce, it actually belongs to the cabbage family. It is very closely related to cruciferous veggies such as broccoli and cauliflower. There are many different types of kale, but they all have one thing in common: They are all extremely nutritionally dense. One cup of kale has beta-carotene, vitamin C, vitamin K, calcium, vitamin B6, potassium, copper, and magnesium, just to name a few. All of this nutrition for a tiny 33 calories! Kale also packs three grams of protein, six grams of carbs, and tons of fiber.

3. It Can Help You Lose Weight

Kale is a very weight loss friendly food. Since it is so low in calories, but high in fiber, this bulky veggie can help you to feel full but add next to nothing in the way of calories or fat. Kale is considered to be a low energy density food. Studies have shown that eating plenty of foods with a low energy density is linked to easier weight loss.

Like most other leafy greens, kale is high in important antioxidants, including beta-carotene, flavonoids, polyphenols, and vitamin C. Free radicals cause oxidative damage in the body on a cellular level. Free radicals are one of the major causes behind premature aging and various diseases, including cancer. Antioxidants neutralize these free radicals. The two major flavonoids in kale, kaempferol and quercetin, act like antioxidants in the body. These flavonoids also are known to be anti-inflammatories, lower blood pressure, have anti-cancer, anti-viral, and anti-depressant compounds — just to name a few of the things they are known to do.

Since kale is filled with fiber, it can help the body to naturally remove toxins and other waste products. Fiber also helps to reduce your risk of developing colorectal cancer.

Vitamin C is a water-soluble antioxidant that is vital to the body. It supports healthy skin, a healthy immune system, and kills free radicals. Vitamin C is absolutely necessary to synthesize collagen, which is the most abundant structural protein your body has. Most people think that vitamin C is mainly in citrus fruits but kale is actually higher in vitamin C than just about any other vegetable. In fact, one cup of kale has more vitamin C than the average sized orange!

One of the things almost everyone can look forward to is failing eyesight as we age. However, by consuming certain foods, such as kale, that contain certain antioxidants, you can avoid this — or at least delay it as long as possible. The two main antioxidants that support healthy eyesight are zeaxanthin and lutein. Kale is loaded with these two carotenoid antioxidants, and they can really help keep your eyesight healthy. In fact, numerous studies show that those who consume a diet high in these two antioxidants have a much lower risk of developing age-related macular degeneration or cataracts.

If your doctor has told you that your cholesterol levels are too high, but you don’t want to take pharmaceutical drugs to lower your numbers, try kale. Kale contains compounds that naturally lower cholesterol in the blood, which can help to improve overall heart health. In fact, one study found that people who consumed steamed kale had as much as a 27 percent reduction in their cholesterol levels.

Due to our modern farming methods, many of the soils that grow crops have become depleted in healthy minerals that the body needs. Most Americans are deficient in these minerals. Consuming kale can help to replenish these mineral deficiencies in the body. Potassium, which lowers blood pressure, is found in high amounts in kale. Magnesium, which is vital to fighting diabetes, heart disease, and for a proper functioning central nervous system, is also found in kale.

10. Full of Much Needed Vitamin K

Vitamin K doesn’t get all the attention that vitamin C or A does, but it is crucial for proper blood clotting. Vitamin K activates certain proteins in the body, which enables these proteins to bind with calcium and allow the blood to clot when needed. Kale is one of the best sources of vitamin K, hands down! One cup of kale has almost seven times the amount of vitamin K that you need each day.

11. A Treasure Chest of Healthy Beta-Carotene

Beta-carotene is an antioxidant that the body will convert into vitamin A. This vitamin is important for skin and eyes as well as for fighting the damage that free radicals cause in the body. In fact, kale is so high in this vitamin that just one cup of raw kale has 206 percent of your daily recommended amount of vitamin A.

If you want to stop cancer from every taking hold of your body, you definitely want to eat more kale. Kale is loaded with compounds that offer superior protection from cancer. Kale is high in sulforaphane, which has been shown in numerous studies to stop the formation of cancer right down to a molecular level. Kale also has indole-3-carbinol, which has also been shown in studies to prevent cancer. Numerous studies have shown that consuming a diet high in cruciferous vegetables, such as kale, is linked to a much lower risk of cancer.

Related Posts
benefitsnutritionvegetables
Help Us Spread The Word!
Like Us On Facebook To Stay Updated!
I'm already a Naturalon fan, don't show this box again.