12 Reasons You Should be Eating a Lot More Walnuts 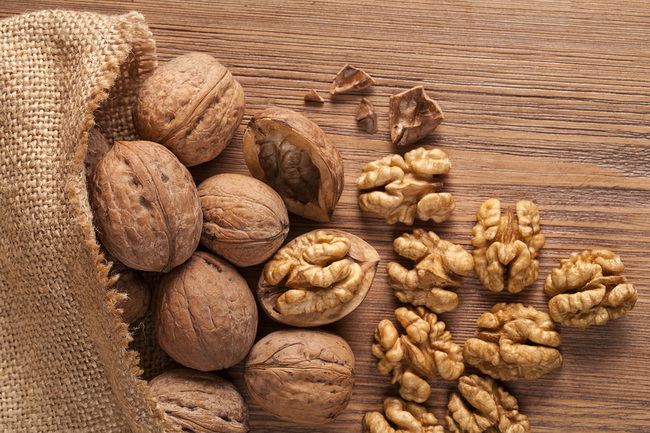 Who doesn’t love the rich, wonderful taste of walnuts? Everyone does, right? Isn’t that why we put them in just about everything? From cereal to candy bars, cookies to bread to muffins, everyone loves the crunchy goodness of walnuts.

However, there’s so much more to them than simply a good crunchy flavor. Walnuts contain many important compounds that have almost unbelievable health benefits— health benefits that are so important, you should find ways to eat more of these every single day.

Walnuts have gotten a bad rap lately because they are high in fat and calories. The truth is that they are high in calories, so you should limit your consumption to about 1 or 1.5 ounces each day. The good news here is that 1 ounce is all you need to get all the health benefits you can read about below. As for the fat, this isn’t the unhealthy French fry kind of fat; we are talking natural, whole food fat that your body craves.

So keep reading for all the reasons you should be stocking up and munching on more raw walnuts.

1.  Reduce Your Risk of Death

In one PREDIMED study that involved humans, a Mediterranean diet was assessed and it was discovered that walnuts reduced cancer death. In fact, the Harvard School of Public Health performed a study that involved 118,000 subjects and they found that persons that consumed a handful of nuts each day were 20 percent less likely to die from any cause over a 30 year period. If that isn’t reason enough to eat more walnuts, what is?

Mice that were fed walnuts in a Harvard Medical School study found that they had a 27 percent slower growth rate of cancerous tumors and 33 percent smaller tumors when compared to mice that were fed a diet including corn oil. It’s believed that the walnuts worked by significantly lowering angiogenesis.

Other nuts can’t hold a candle when it comes to antioxidants. Walnuts have twice as many as any other nut. They also have the most potent type of antioxidants and the highest quality. One study measured the antioxidants in walnuts and found that they were 2 to 15 times more potent than vitamin E.

Penn State University researchers found that adding walnuts to a person’s daily diet can help the body prepare for episodes of stress. This study used 22 adults with elevated cholesterol levels then subjected these persons to stress. The subjects that had walnut oil and walnuts included in their diets had lower stress responses and lower blood pressure levels than the control group. 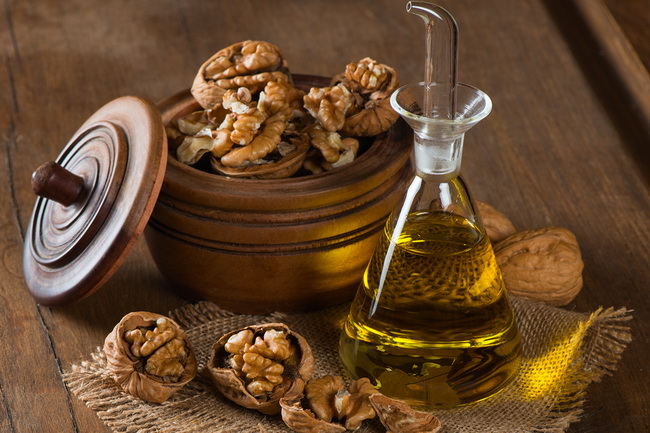 This next study proves that that fat in walnuts is beneficial to the body. Overweight adults who had been diagnosed with type 2 diabetes were given ¼ cup of walnuts each day. Within the first three months of this study, these subjects had significant reduction in their fasting insulin levels when compared to the control group.

Another study performed in Australia used 50 overweight adult diabetics and then split them into two groups. Both groups received dietary advice, but one half of the group was given 30 grams of walnuts each day. The study timeframe was one year, but in the first three months the group that consumed walnuts was found to have significantly lowered their fasting insulin levels. Find out other natural remedies for diabetes.

6. Lowers the Risk of Cardiovascular Disease

Some studies show that consuming walnuts can greatly lower total and bad (LDL) cholesterol levels. In one study done in Iran, 52 subjects were divided into 2 groups. One group ate 20 grams of walnuts daily, while the other group received none. After only 8 weeks, the group that consumed walnuts lowered their triglyceride levels by more than 17 percent and increased their good (HDL) cholesterol by as much as 9 percent.

Another study done by the University of Wisconsin had 36 subjects consume 30 grams of English walnuts each day for a one month period. Even though they added calories to their diets, they did not gain weight and their blood lipid profiles were lowered. Read more how to naturally control cholesterol.

UCLA researchers studied 117 young men that were consuming a typical American diet. After giving 59 of these subjects 75 grams of walnuts each day for a 12 week period, it was found that the group that ate walnuts had significantly improved the quality, motility, and sperm vitality.

Studies that involve animals show that eating walnuts significantly reduced the size and number of breast cancer tumors. Researchers believe that it’s the omega-3 fatty acids, phytosterols, and antioxidants that are responsible for these anti-cancer benefits. 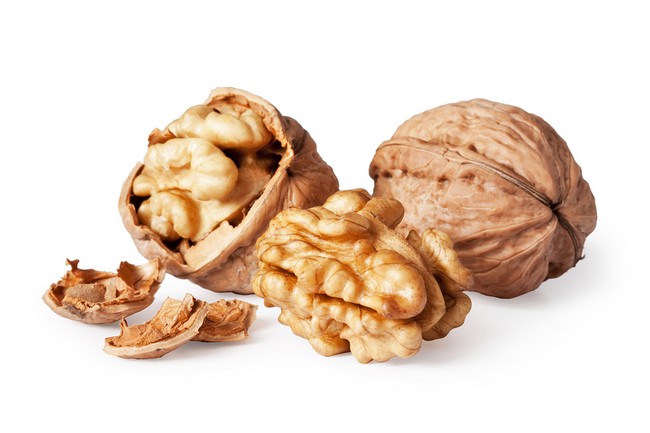 Research done in Greece found that the extract from walnuts had an amazing bone-building activity at the cellular level. It’s believed that the major polyphenol found in walnuts, called ellagic acid, was responsible for its ability to help build bones.

Walnuts can even help those looking to drop a few pounds. A Harvard Medical School double blind randomized study that involved 20 women and men who had metabolic syndrome showed that even though these subjects all consumed the same diet with the same number of calories, the ones who received a shake that contained walnuts said that they were less hungry and felt more satisfied during the day than the control group.

Researchers in one study split 64 college students into two groups. One half consumed walnuts, the other half received a placebo. After a two month period, the group that consumed walnuts increased their verbal reasoning ability by more than 11 percent. Other studies have shown that the greater the consumption of high-antioxidant foods, such as walnuts, increased cognitive and motor function in aging.

It’s the numerous neuroprotective compounds in walnuts, such as folate, melatonin, vitamin E, and omega-3 fatty acids that appear to have this beneficial effect on the brain.

SEE ALSO: The Best and Worst Nuts for Your Health

Antioxidants are vital to good health. They control how fast you age by fighting free radicals, which are the cause of many age related diseases.

By the way, that outermost layer of the nut itself, that whitish flaky part that has a little bitter taste to it? You shouldn’t discard that; rather, you should learn to love it. It’s believed that as much as 90 percent of walnuts’ antioxidant power is found in that paper thin skin. To increase the beneficial impact of these nuts even further, buy walnuts that are raw and organic.

Be sure you store your walnuts in an airtight container in the refrigerator so they don’t become rancid. Walnuts are a terrific snack anytime, and with so many health benefits, there is no reason to deny yourself any longer! Eat up!