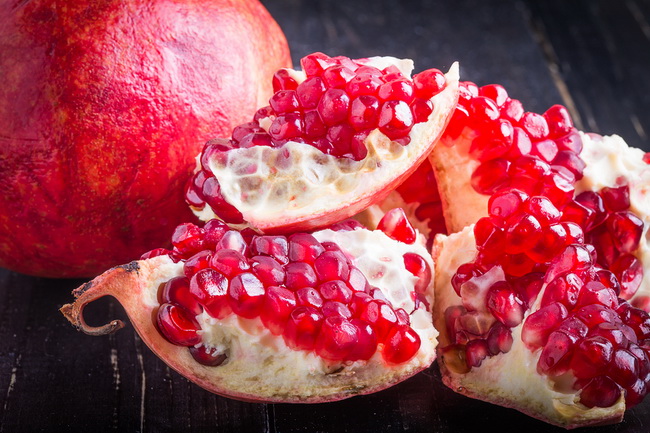 The most common type of cancer in adult men is prostate cancer. Some studies have shown that consuming pomegranate extract can not only slow down the reproduction rate of cancer cells, but that it can induce cell death (apoptosis) in cancer cells. Doctors use a blood test to determine the amount of PSA (prostate specific antigen) as a marker for prostate cancer.

Men whose PSA tests show that their levels doubled or more within a one year period are at an increased risk of developing prostate cancer. One study showed that men who consumed 8 ounces of pomegranate juice each day increased the amount of time that their PSA doubled from 15 months to 54 months, which means that pomegranate juice was slowing down their risk of prostate cancer by a significant amount.

One of the leading causes of heart attacks, stroke, and heart disease is hypertension. Pomegranate juice was shown to lower blood pressure levels in a study that was done involving subjects who had hypertension. These subjects consumed just 5 ounces of pomegranate juice each day over a 2 week period. All subjects had lower systolic blood pressure readings after the study period. Although more studies need to be done in this area, pomegranate juice appears to be quite effective when it comes to matters of the heart!

Oxidative damage impairs the blood flow to all parts of the body, including the genitals. In studies done with rabbits, consuming pomegranate juice was shown to help increase blood flow throughout the body and improve erectile response. In another study done involving 53 men who had ED, consuming pomegranate juice appeared to have some benefit, but more studies need to be done in this area.

Related Posts
fruitshealth benefitsnutrition
Help Us Spread The Word!
Like Us On Facebook To Stay Updated!
I'm already a Naturalon fan, don't show this box again.