15 Herbs And Spices To Supercharge Your Brain (#4 Is The Absolute Best!) 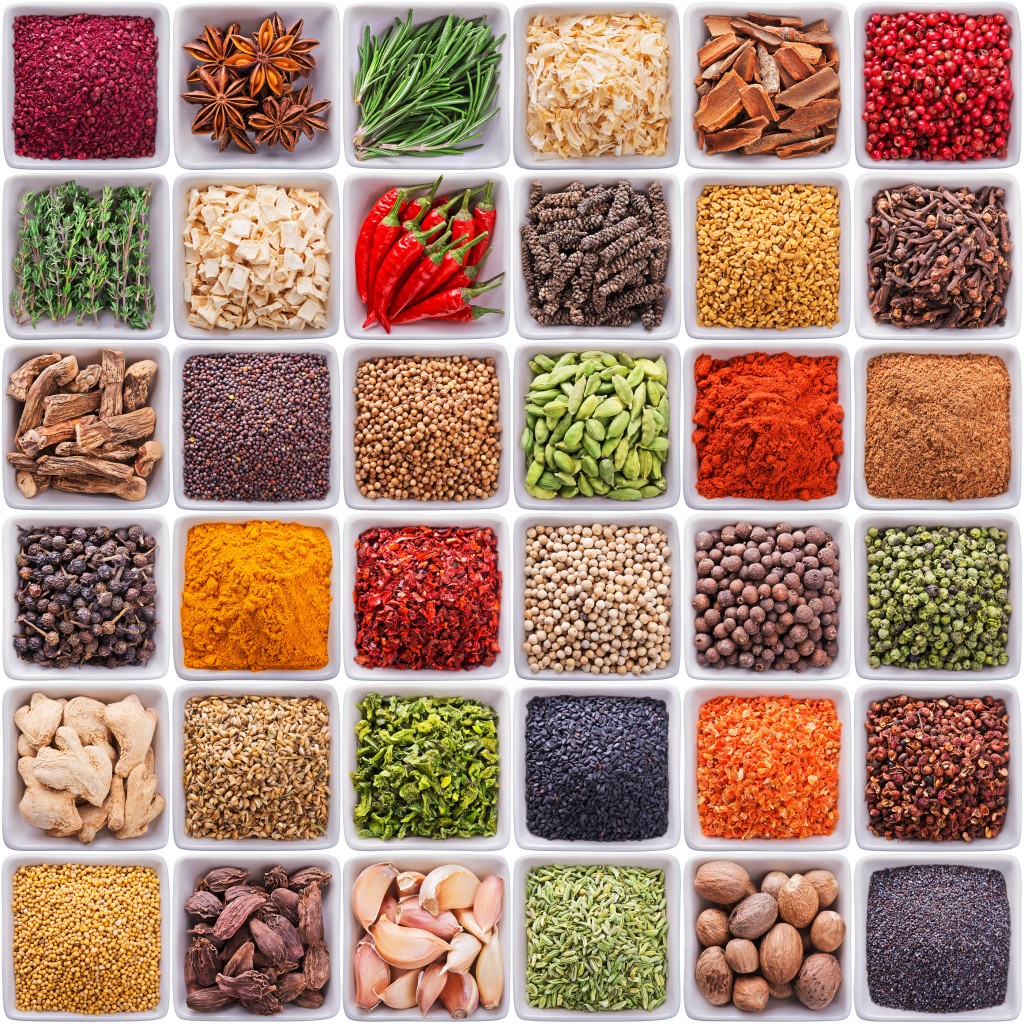 Your lifestyle choices make a huge difference in your overall mental resilience. A poor diet, unhealthy lifestyle choices, and a great deal of time in front of the “boob tube” are all placing a burden on your brain. It’s like trying to win a race with a 50-pound weight on your back.

Do you find it difficult to focus much of the time?

Does your brain literally feel tired?

Do you often forget things because your brain is already overtaxed?

Do you suffer from memory problems although you are still young?

Do you worry that you might be showing early signs of Alzheimer’s?

Do you sometimes feel as if your brain can’t keep up with everyday demands?

If you answered yes to any of these questions, don’t feel badly. You are not alone. Many people struggle to keep up with the fast paced, busy demands of today’s modern world.

Basic wellbeing practices of nutritious, organic food, regular sleep, and moderate exercise are necessary for brain health as well as the health of the body. Unfortunately, our mentally intense modern day world puts a great deal of stress, wear, and tear on our brains, which can leave us feeling exhausted and worn out.

We do have some good news for you! There are plenty of herbs and spices that can help your brain work its absolute best.

Want to know what those are? Keep reading! We are going to tell you which are the best 15 herbs and spices that will supercharge your brain! 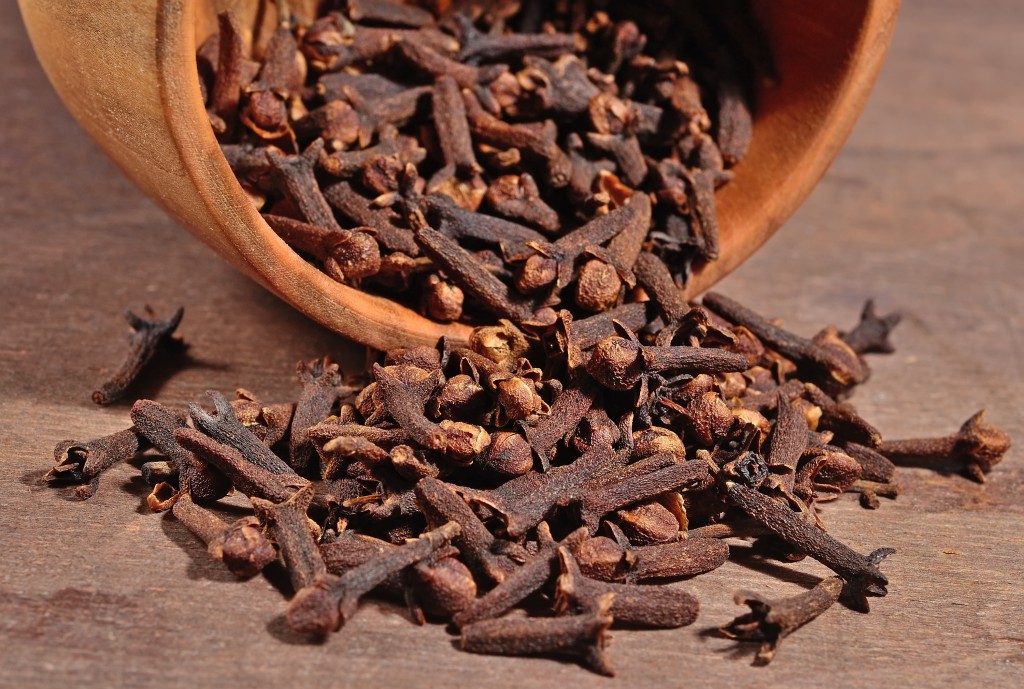 This super aromatic spice is often used in baking, but it is actually a terrific mental stimulant. Cloves reduce oxidative stress due to their high levels of antioxidants. They also contain a phenol compound that removes toxins from the body. Clove oil, when used as aromatherapy, can stimulate the brain to make you feel more energetic as well as attentive. Clove oil also blends well with other types of oils, such as lavender, orange, and rosemary. Clove oil has been found in several studies to actually reverse memory deficit and learning problems.

Like brahmi, gotu kola has a powerful effect on how the brain functions. Known in Sanskrit as mandukaparni, gotu kola helps to balance the left and right sides of the brain and helps with almost all aspects of brain function. Gotu kola is best known for being able to improve memory as well as improving blood circulation.

This is the king of spices when it comes to fighting inflammation and keeping your brain super sharp. The active ingredient in turmeric, curcumin, reduces plaque in the brain, which has been linked to Alzheimer’s disease. Turmeric also has powerful antioxidant compounds that can slow the progression of brain diseases already in progress; it is THAT powerful. Turmeric has antidepressant effects and improves memory. You can add more turmeric to your cooked dishes or consume a supplement.

You might only think of nutmeg as a spice for cookies or muffins, but nutmeg can keep the brain sharp because of a compound called myristicin. Nutmeg inhibits an enzyme that contributes to Alzheimer’s disease and improves memory skills. Nutmeg oil is known to improve mental clarity as well as relieving feelings of stress. Nutmeg should be used in moderation, however, as consuming much more than half of a teaspoon per day can lead to vomiting, heart palpitation, and even hallucinations.

This herb is well known for improving mental clarity and improves cognitive function by reducing the effects of overwork. Ashwagandha improves memory, but it also offers serious support for the immune system. This is a potent protective herb that offers support for those suffering from nervous exhaustion and protects the cells of the brain from deterioration.

This spice is so much more than it appears to be! Cinnamon might be the thing you put in your coffee or sprinkle over your toast, but did you know that it can also help to protect you from Alzheimer’s disease? The Journal of Alzheimer’s Disease published a study that found that the compounds in cinnamon, epicatechin and cinnamaldehyde, can slow the growth of tau proteins, which play a part in the development of dementia. These powerful compounds in cinnamon can prevent brain cells from swelling and reduce complications from traumatic brain injuries, according to the U.S. Department of Agriculture. Add cinnamon to everything and anything!

Vacha means speech, and this is another important herb for the brain. Vacha encourages better concentration and improved speech. It has been shown to have a stimulating effect, banishing mental slowness. It can also detoxify the brain and improve memory.

That same spice that is probably sitting on your kitchen table contains a compound called piperine, which improves cognitive function by increasing beta-endorphins. Beta-endorphins act like neurotransmitters in the brain that will encourage feelings of relaxation. This same compound inhibits the enzyme that breaks down serotonin. Researchers believe that black pepper can also prevent or treat Parkinson’s disease, because piperine also inhibits the enzyme that degrades dopamine. 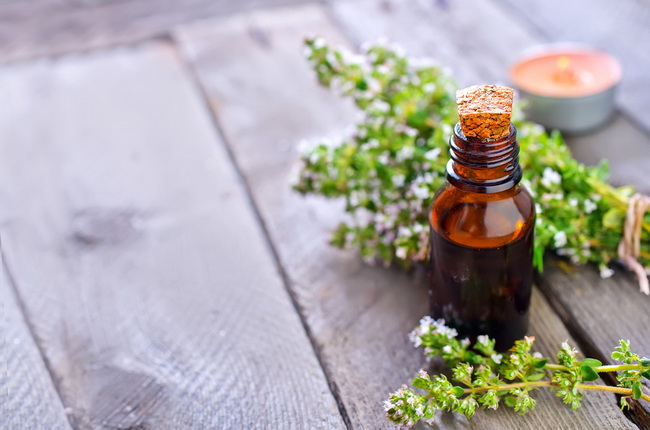 As in parsley, sage, rosemary and … yes, that one! This is a terrific spice when it comes to supporting brain health. The volatile oils in thyme increase the omega-3 fatty acids in the brain, especially the DHA (docosahexaenoic acid). This protects the brain from age-related decline and dementia. Omega-3s are also important for the proper functioning and development of new brain cells. Thyme will improve both learning and memory skills due to its antioxidant capacity. Feel free to add more thyme to your meals.

Sage contains carnosic acid, which stops the damage that free radicals cause to brain cells. Sage also stimulates the production of the powerful antioxidant glutathione, which is often used to treat numerous brain problems including autism, Alzheimer’s, and more. These powerful compounds will also prevent the breakdown of an important neurotransmitter, acetylcholine, which is vital to learning and memory. Sage extracts contain terpenoids compounds, which also improve cognitive function. Add more sage to your meals and drink some sage tea every day.

You probably have this spice in your kitchen spice rack right now! This extremely popular spice is very effective when it comes to fighting free radicals. The British Journal of Nutrition published a study that found that oregano extracts improved mood and overall mental well-being. This is because certain compounds in oregano inhibit the reuptake and degradation of neurotransmitters that are in charge of your mood, feelings of anxiety, and cognition. You can use oregano essential oil as aromatherapy to improve your mood and relieve feelings of stress. You can also add more of this spice to every Italian dish you make!

Sweet smelling rosemary is very potent when it comes to anti-inflammatory and antioxidant compounds. This spice can really fight off free-radical damage in brain cells. Rosemary is full of carnosic acid, which is a powerful phytochemical that protects the brain from neurodegenerative conditions such as Alzheimer’s. This herb will also stimulate nerve growth factor synthesis, which can reverse nerve cell damage. Rosemary also improves overall circulation, which will send more oxygen to the brain.

Sometimes called Tulsi, holy basil is a powerful herb that contains eugenol, nerol, camphor, flavonoids, and various terpenes. Studies done with lab animals show that the methanol extracts from this herb can reduce brain damage that is due to decreased cerebral circulation. Holy basil is best known as a potent adaptogen that improves the body’s stress response. It also relieves feelings of stress by inhibiting the production of stress hormones such as cortisol. You can also use holy basil oil as aromatherapy to improve concentration and memory.

READ ALSO: 15 Herbs To Increase Your Feelings Of Happiness (Got To Love #8)

Of course, consuming more herbs and spices won’t help you much if you continue to indulge in an unhealthy lifestyle and poor dietary habits. When you understand that your brain is a part of your human ecology, you will naturally think about its needs as well as the needs of the body. Make these herbs and spices a part of your overall health plan to live a longer, healthier life.