It seems that when talking to the American public about taking herbs to treat illnesses, the general belief if that they are ineffective, or not at all effective, and a waste of time and/or money. Little do people know that many of today’s pharmaceuticals are simply imitations of a compound that occurs in nature, but with tons of side effects that Mother Nature never intended.

Of course, everyone wants to be safe when it comes to putting herbs in our bodies but did you know that zero deaths have been reported due to the consumption of herbs? Can pharmaceuticals say that? Although it’s true that some herbal medicines, when used in large doses can be lethal, but with more than one million Americans killed every year by their prescription drugs, the overall safety of using herbs is obvious.

Also, the overuse of antibiotics is causing a world-wide health disaster while herbs, on the other hand, are still a useful tool in the fight against infection. Of course, you should always do as much research as possible when considering using herbs or pharmaceuticals. People should always be skeptical about taking either herbs or drugs prescribed by their doctors.

You should know that the current un-popularity of herbal medicines is from the scrutiny and bad press from pharmaceutical companies. Why is that? Because herbs cannot be owned, they cannot be patented, so drug companies would stand to lose millions of dollars every year. Consult a naturopathic doctor before you use any herbs.

Check out our list of herbs that not only help with lung heath, but can actually repair the respiratory system.

Plantain has fruit very similar to a banana, and the leaf of this large plant has been used for many hundreds of years to calm irritated mucus membranes and ease coughs. Plantain leaves have both antibacterial and antimicrobial compounds as well as being a great anti-inflammatory. Leaves from this plant also help relieve those dry coughs by helping the lungs produce mucus.

And you thought peppermint was only good for stomach conditions! Peppermint and its oil contain a soothing compound that relax the muscles of around the respiratory area and therefore improve breathing. The main active ingredient in peppermint oil and dried peppermint is menthol, which has an antihistamine effect as well as being a great decongestant. This therapeutic herb helps break up congestion and fights back against harmful organisms. Read about other benefits of peppermint.

Licorice has to be one of the most ingested herbs around the world. Licorice is said to harmonize the actions of all other herbs used in Traditional Chinese Medicine, so it’s no surprise that it’s used more often than all other herbs combined. Licorice has very soothing properties as it softens the membranes within the throat and lungs. It also reduces irritation while acting as an expectorant. This root can help stop bronchial spasms and blocks free radicals that produce inflammation. Flavonoids and other compounds in licorice can even help prevent lung cancer cells from forming.

This plant has been used by Native Americans for hundreds, perhaps thousands of years to help lungs become stronger. It’s very effective in removing excessive mucus from bronchial tubes and lungs while soothing the lungs mucus membranes. Coltsfoot helps those suffering from asthma, bronchitis, or other lung problems. This very helpful herb can be bought dried for use as a tea or in an alcohol extract, otherwise known as a tincture.

This is another plant that was frequently used by Native Americans. The leaves have a very strong scent which helps those with lung problems. Sage tea is commonly used for sore throats or coughs. Sage has very aromatic oils which can help those suffering from sinusitis and other lung ailments. Brew a strong pot of sage tea and drink a cup while breathing in the vapors from a bowl placed nearby. 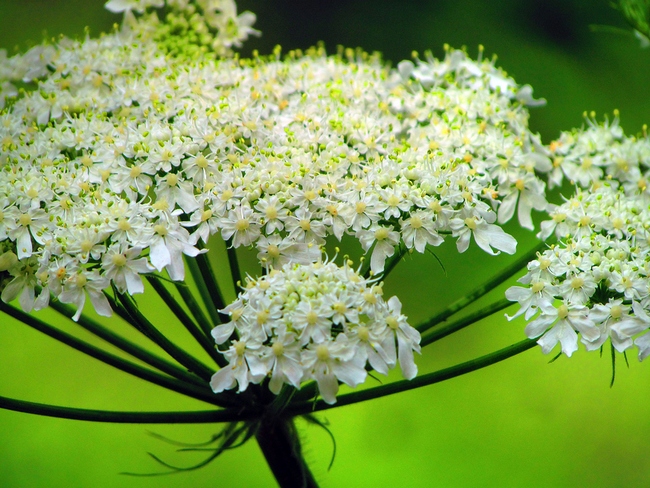 Native to the southwestern area of the United States, Native Americans also used this for support of the respiratory system and detoxification of the lungs. This plant has very powerful antioxidants that resist irritation and is a natural antihistamine. Chaparral also fights harmful organisms while inhibiting the growth of cancer cells. Chaparral tea is a good expectorant.

Inhaling the essential oils of cannabis (yes, we are talking about marijuana) from an unprocessed plant clears out the irritation of the lungs that comes from smoking. This is perhaps one of the most powerful anti-cancer plants you will find anywhere in the world. Vaporizing cannabis stimulates your body’s natural immune response. It also reduces the ability of infection to continue to spread. When cannabis is vaporized it’s most effective at opening up the bronchial tubes and can not only treat asthma, but actually can reverse it.

The roots of this plant contain camphor which makes it one of the best for lung support. This plant is native to the Rocky Mountain area and was another plant used by Native Americans. Osha root is used to increase the circulation to the lungs so you can take deep breaths.

INTERESTING! Top 10 Plants to Purify Air in Your Home

You may have heard that oregano has vital nutrients that are needed by your immune system but did you know that oregano also has decongestants and histamine reducers that have super positive effect on your respiratory system.  The oil from oregano also fights off staph bacteria. In fact, oregano oil has so many health benefits that you should keep a bottle of it in your medicine chest!

Thyme has powerful antiseptic elements that make it excellent at fighting chest congestion. Thyme is also well known for its ability to kill off acne much better than any prescription you can buy, whether it’s gel, lotion, or cream. Tea made from thyme leaves can kill both bacteria and viruses so no matter what type of infection you have, this will work. This herb has been used to help those with lung or breathing problems since forever and is still used today. 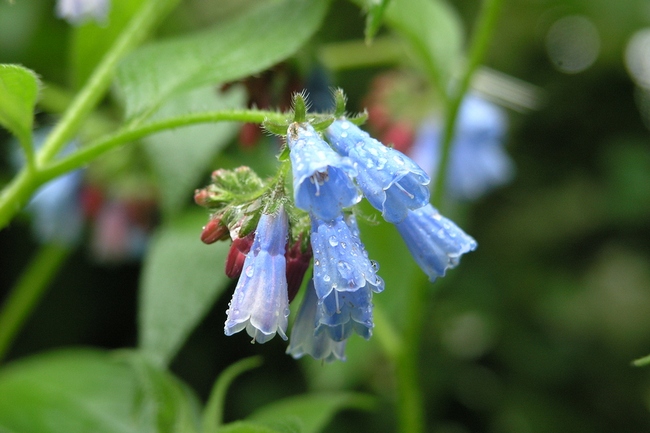 A surprising fact about lobelia is that it’s often given to horses so they can breathe more deeply. It contains an important alkaloid which can break up congestion as it thins mucus while it also stimulates the adrenal gland so it will release epinephrine, which relaxes the airways for ease in breathing. Lobelia is also used in many over the counter cold or cough remedies.

As the name implies, this tree grown lichen looks something like lung tissue. As far back as the 1600’s, lungwort has been used to clear congestion and promote respiratory health. Lungwort comes in a bunch of different types so see a herbologist for proper directions.

Herbal extracts from the mullein plant uses both the leaves and flowers to clear excess mucus from the lungs and reduce inflammation. One teaspoon of this dried herb will make an excellent tea that will help clean out the bronchial tubes.

Although native to Australia, it’s not just for Koala bears, mate! Americans, Germans, as well as the aborigines of Australia have used the wonderfully pungent smell of eucalyptus to help with respiratory healthy as well as soothe sore throats. Eucalyptus is used in almost all cough syrups and throat lozenges due to its effectiveness.

This plant is a known antibacterial agent for the lungs and is another popular plant used by Native Americans for those who are prone to lung infections such as bronchitis. Drinking tea made from this dried herb three times a day for two weeks will cure most infections.

Related Posts
healthnatural remedies
Help Us Spread The Word!
Like Us On Facebook To Stay Updated!
I'm already a Naturalon fan, don't show this box again.