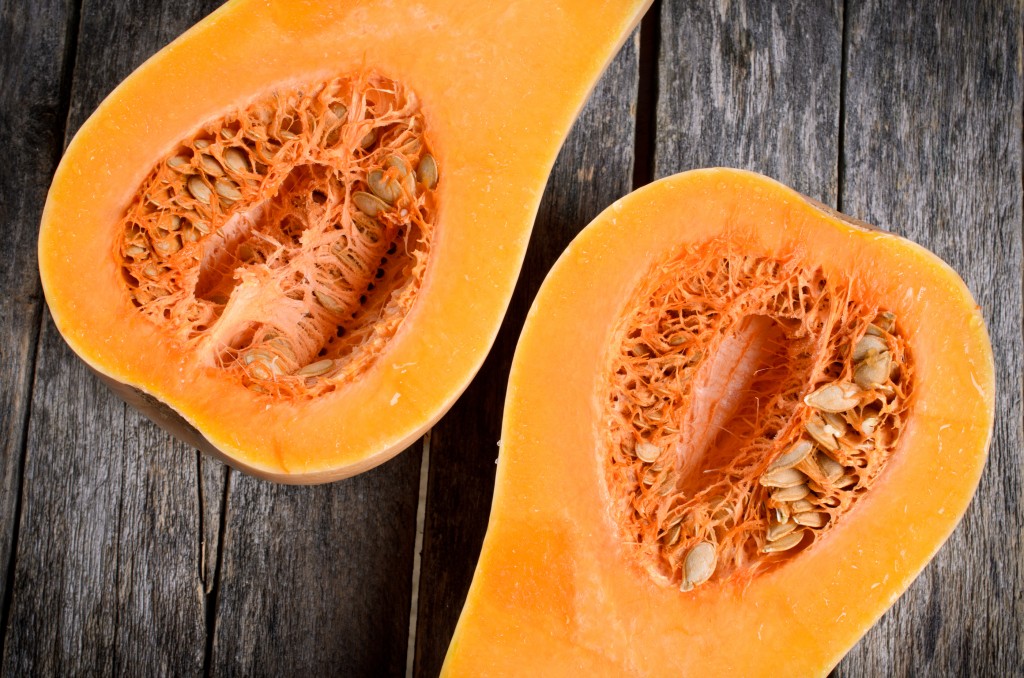 The folic acid in acorn squash is terrific for keeping the brain sharp, especially for older adults, according to several studies. Folic acid can improve the speed at which the brain processes information as well as improving the memory. Aim to eat two or three servings of acorn squash each week.

Spinach contains nutrients that prevent damage to the DNA, slow the growth of tumors, and slow the growth of cancer cells. This leafy greenery can also either prevent or delay dementia, such as Alzheimer’s. Spinach is a terrific source of vitamin E and folates, both of which are great for improving overall brain function.

This yellow spice is the king of anti-inflammatories! The active ingredient in turmeric, curcumin, is one of the few foods that can cross the blood-brain barrier, which means that curcumin can stop inflammation in the brain, which is one of the main underlying causes of dementia. Studies have shown that curcumin can help to inhibit the accumulation of beta-amyloids in those diagnosed with Alzheimer’s. It can also help to break up existing plaque. Turmeric has also been shown to stimulate the production of new brain cells and improve overall memory function. Another study, this one involving animals, found that the bioactive compound in turmeric (aromatic-turmerone) increased neural stem cell growth by as much as 80 percent! Don’t rely on curry powder to get your curcumin on as many curry powders contain very little turmeric. Buy pure turmeric powder and consume one or two tablespoons each day.

You might wonder how this little water-filled veggie could possibly help the brain, but it does! Celery contains luteolin, a plant compound that fights inflammation in the brain. In studies with mice, luteolin was linked to lower rates of age related memory loss. Also, older mice that were fed a diet high in luteolin scored better on memory tasks. Carrots and bell peppers are also good sources of luteolin.

Wild Alaskan salmon can fight inflammation throughout the body, including your grey matter, through their high levels of omega-3 fatty acids. The journal Neurology found in one study that older women who had the highest levels of omega-3s had improved preservation of the brain as they aged when compared with those who had the lowest levels of omega-3s. Another research study found that when young men were given an omega-3 supplement, they had significant increases in the activation of the prefrontal cortex part of the brain, which is the part that is known to keep your working memory. Try eating at least two servings each week of wild Alaskan salmon, sardines, or anchovies. If you prefer, you can take a fish oil or krill oil supplement.

Paying more attention to the foods you eat, instead of solely focusing on calorie count, can clear the body of toxins and provide your brain with whole foods that can help your brain thrive.

Related Posts
foodshow tosuperfoods
Help Us Spread The Word!
Like Us On Facebook To Stay Updated!
I'm already a Naturalon fan, don't show this box again.