Before 1999 you would have been hard pressed to find a doctor that would ever entertain the idea that someone could be deficient in vitamin D, let alone that it might be the cause of any number of health conditions or problems. However, as the technology used to measure vitamin D levels in the body has become more readily available, and therefore, inexpensive, not to mention as more study results became available, it is now extremely clear that low levels of vitamin D is rampant in the US population, and that this problem is the root of some very common diseases.

More than 32 percent of children and adults are believed to be deficient in vitamin D, according to the Centers for Disease Control and Prevention (CDC). This estimate is more than likely a low one, at best, because the CDC is using outdated levels that are not consistent with new research that shows that much higher levels of vitamin D than previously believed necessary are needed for good health.

One study conducted by the National Health and Nutrition Examination Survey found that about 70 percent of all children between the ages of 6 and 11, and as much as 50 percent of the children between the ages of 1 and 5, are found to have low levels of vitamin D.  There are estimates that state that as much as 95 percent of senior citizens are probably deficient in vitamin D. Not only because they tend to spend more time indoors, but also because they produce less of this important vitamin when they are out in the sun. Persons over 70 years of age produce about 30 percent less vitamin D from sunlight than younger persons.

Vitamin D is so important to our health because it is involved in numerous systems in the body. This vitamin makes sure that our heart, lungs, muscles, and brains function properly. You can get vitamin D from foods such as fish, egg yolks, and fish liver oils, but it’s easiest (not to mention free) to simply get your vitamin D from natural sunlight.

One of the problems is that, over the last 25 years or so, getting out in the sunshine, something that is so natural and good for us has been demonized. How often do you see people going outside for a walk wearing hats, sunglasses, shirts and shorts, or pants, with sun protection in the material, and then slather on sunscreen on every exposed part of the body, even if they are only going out for a 20 or 30 minute walk? Sound familiar? Mainstream media has made us terrified of the sun.

This is not to say that some people, especially those with light colored skin, can get too much sun, causing various types of skin cancer. No one is suggesting that you go outside, clad only in your bikini, on a hot, sunny day and spend 8 or 10 hours in the full sun with no protection. However, you should realize that some sunshine exposure is natural and safe for your body and can go a long way towards protecting your health.

Finding out how long you can stay in the sun and get your vitamin D is a bit tricky, and it varies greatly from person to person. There are numerous factors at play including the color of your skin, your age, where you live, the time of year, etc. Most light skinned people can get all the vitamin D they need with just 10 to 15 minutes of sunshine each day. The darker your skin tone the longer you will need to stay in the sun. You can develop a natural resistance to the sun by starting with about 10 minutes of sun exposure, then adding one or two minutes of sun each week until you reach the point where you can get a full 30 minutes of sunlight without burning your skin.

How will you know if your vitamin D levels are low? You can go to a doctor and ask for a blood test, but many people experience common symptoms, including:

Although researchers still do not fully understand how vitamin D works within the body or how it can impact our overall health, but there are plenty of studies that show that a lack of vitamin D in the body can cause a huge number of diseases and ailments, including the following:

In one study published in 2014, researchers looked at the vitamin D levels in almost 700 men between the ages of 40 and 79 who were undergoing prostate biopsies. This link showed that low levels of vitamin D and prostate cancer were very high, especially among African American men. This study showed that African American men with the lowest levels of vitamin D were much more likely to test positive for cancer than those with normal vitamin D levels. This study was published in the journal Clinical Cancer Research.

In order to have strong, healthy bones, the body must receive sufficient amount of calcium, magnesium, and vitamin D. Without vitamin D, the body cannot absorb calcium, which causes the bones to become less dense, which weakens them and increases the risk of fractures and breaks.

Studies show that women who get more vitamin D appear to be much less likely to develop rheumatoid arthritis. Also, for those who already suffer from this disease, subjects with the lowest levels of vitamin D tend to be the ones with the most active symptoms. This means that if you or someone you love suffers from rheumatoid arthritis, you can get some measure of pain relief from increasing the levels of this important vitamin.

Bi-polar disorder, sometimes called schizophrenia, affects more than 2 million Americans. Symptoms tend to start between the ages of 16 and 30, and include withdrawal from others, hallucinations, sometimes intense in nature, incoherent speech or “crazy talk.” There is no cure for schizophrenia, but it is treatable with medication and therapy. It is interesting to note, however, that one study performed in 2014 and published in the Journal of Clinical Endocrinology and Metabolism showed that subjects who were deficient in vitamin D were twice as likely to develop bi-polar disorder when compared to those with normal vitamin D blood levels.

Several studies have shown a connection between a lack of vitamin D in the body and common respiratory infections, such as the flu. Those with the lowest levels of vitamin D appear to have significantly more episodes of cold and flu infections than those with higher vitamin D levels.

Vitamin D may be able to improve asthma control by blocking the inflammation causing proteins in the lungs, as well as increasing the number of other types of proteins that stop inflammation in the body naturally. Children with lower levels of vitamin D were shown to have lower lung function and little control over their asthma symptoms or attacks.

Vitamin D deficiency has been strongly linked to more severe cases of heart disease, according to research presented at the American College of Cardiology’s 63rd Annual Scientific Session. Scientists found that more than 70 percent of subject who underwent coronary angiography, had vitamin D deficiencies.  This vitamin is also linked to a higher risk of developing high blood pressure, as well as an increased risk of death from heart disease. On top of this, if you should have a heart attack, and you have low levels of vitamin D, your risk of dying from that heart attack increases by 90 percent!

Dementia is a severe decline in thinking abilities, behavior, and memory that negatively impacts a person’s daily life. Alzheimer’s disease is the most common form of dementia. The journal Neurology published a study that found that subjects with moderate to severe vitamin D deficiency can double the risk for developing some forms of dementia, including Alzheimer’s. This study, published in 2014, looked at 1,600 dementia free adults 65 years of age or older. Those with low levels of vitamin D had as much as a 53 percent increased risk of developing dementia, and those who were considered to be severely deficient in this vitamin had a 125 percent increased risk when compared to those with normal levels of vitamin D. Although scientists aren’t exactly sure how vitamin D is connected to dementia, they believe that this vitamin helps to remove plaque in the brain that is linked to the development of dementia.

There is a connection between low levels of vitamin D and the development of type 2 diabetes, according to some research studies. Some studies show that vitamin D somehow contributes to glucose tolerance through its overall effects on insulin sensitivity and the secretion of insulin.

ED is one of the most common sexual problems among men, with more than 30 million American men going to the doctor for this problem every year. One study found that men with severe ED had significantly lower levels of vitamin D than men who had milder forms of erectile dysfunction. Of course there are other health conditions that can cause ED including high blood pressure, diabetes, and prostate problems but improving vitamin D levels is a good place to start when ED problems are present. 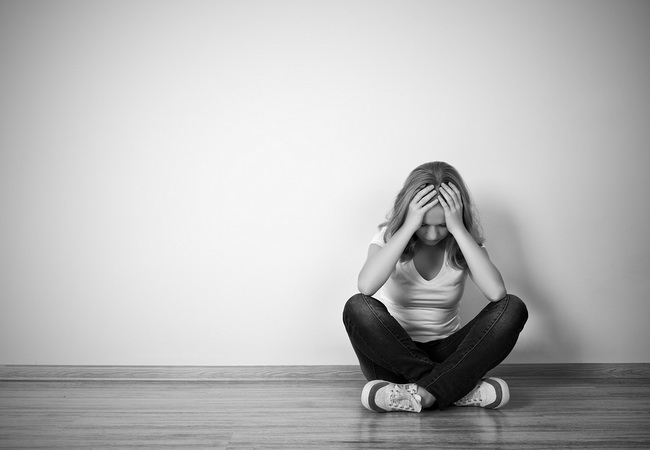 There are many receptors for vitamin D in various areas of the brain and these are responsible for numerous processes within the brain. Low levels of vitamin D have been linked to depression, and scientists are looking into whether vitamin D supplements can play a larger role in treating those with clinical depression.

SEE ALSO: How To Fight With Vitamin D Deficiency Infographic

There are really very few foods that contain enough vitamin D to keep your body properly supplied with this important vitamin. And even though we call it a vitamin, it’s not like most other vitamins. Vitamin D is actually a steroid hormone that the body is designed to obtain through sun exposure and not through our diet.

You can also use safe tanning beds- ones that use magnetic ballast system- to get your vitamin D. Don’t use any other type of tanning bed! Be sure to ask before you use any tanning bed. If you hear a loud buzzing type of noise when you are tanning, then you know that tanning bed is indeed using magnetic ballasts.

Related Posts
be awarehow tovitamin D
Help Us Spread The Word!
Like Us On Facebook To Stay Updated!
I'm already a Naturalon fan, don't show this box again.