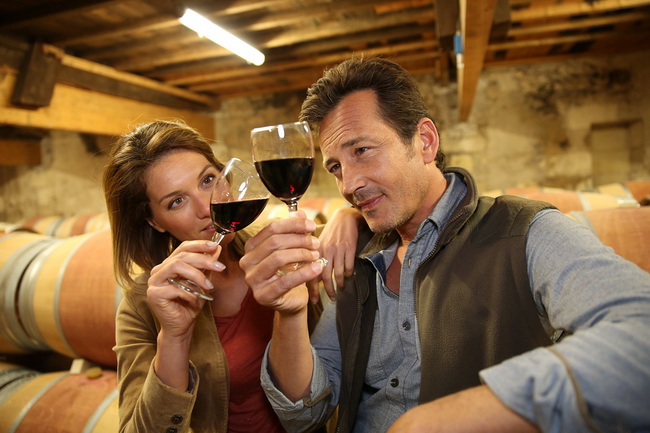 It’s true! People from the island of Ikarios, according to the recent research, live longer than anyone else on this planet. They consume wine on a daily basis, eat less animal protein, and consume plenty of organic produce. Residents of both Sardinia and Crete sip red wine each night as a natural part of their lifestyle, and these residents often live well into their 90s.

One study found that the compounds found in the tannins of red wine, called procyanidins, encourage cardiovascular health. In fact, wines that are made in Sardinia and southwest France are particularly high in procyanidins, and people there live very long, healthy lives overall. Harvard Medical School found that resveratrol activates a protein that encourages longevity and health in studies done in animals. By increasing the activity of sirtuins, resveratrol stimulates a group of genes that protect the body from common diseases associated with aging, thus improving longevity. Perhaps the fountain of youth is actually right there in that bottle of wine!

Studies show that resveratrol can stop the increase of bacteria that cause acne for longer periods than benzoyl peroxide, the most commonly used over-the-counter cream for acne. Studies also show that drinking wine and using benzoyl peroxide can give you even better results than using either one of these items alone. Make a toast to your beautiful new complexion and bottoms up!

7.  Reduce Your Risk of Stroke

In analyses adjusted for age, smoking, and gender, studies showed that the consumption of wine on a regular basis was associated with a lower risk of ischemic stroke, when compared to those who did not drink wine. This benefit was not seen in those who drank beer or hard liquor.

The University of Alberta in Canada conducted research which found that the resveratrol in wine improved the bone, heart, and brain function in much the same way that a trip to the gym does. Now which would you rather do: Have a glass of wine or sweat away at the gym? In all fairness, working out has its benefits as well, but imagine what doing both can do for your health.

Related Posts
dietdrinkhealth benefits
Help Us Spread The Word!
Like Us On Facebook To Stay Updated!
I'm already a Naturalon fan, don't show this box again.