3 Top Eating Habits That Spread Bacteria (#3 Is Pretty Obvious, Yet So Surprising!) 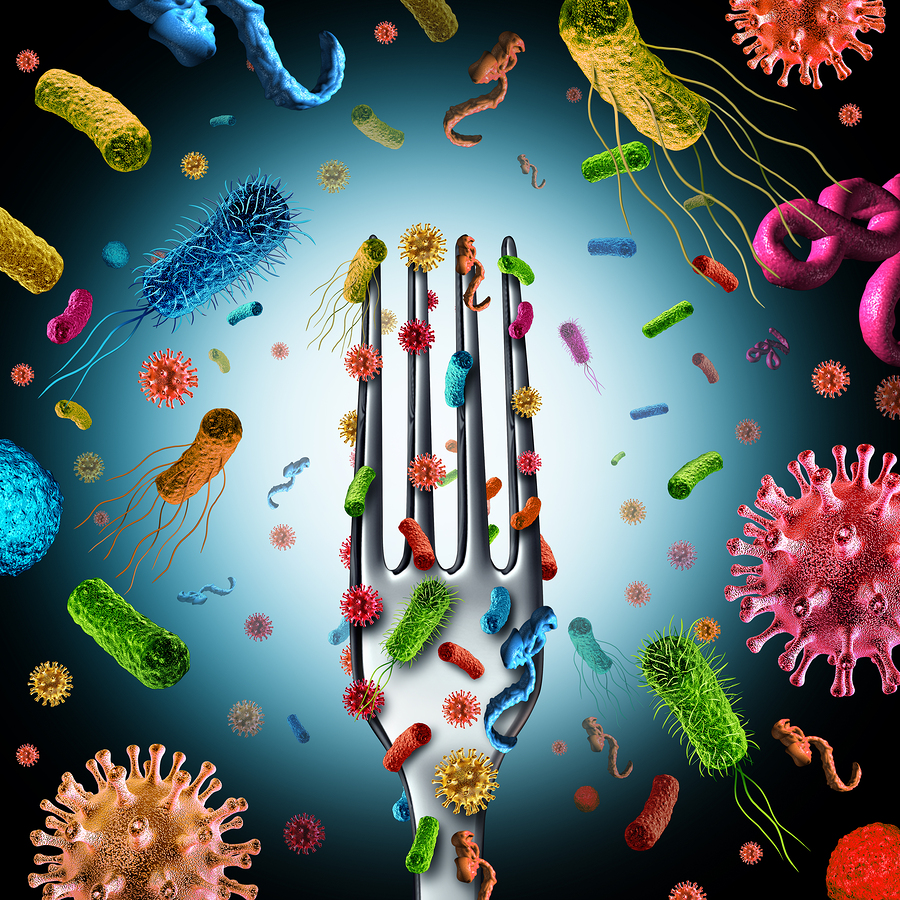 Germs. We all know that they can spread disease, and everyone is trained from a young age to cover their mouth when they sneeze and cough to avoid spreading germs. Did you know that the way you eat is a key factor in how likely you are to come into contact with bacteria, or even spread it to others? Today we’re going to explore how we inadvertently spread bacteria all the time through food, and whether or not this is something that should concern you.

You have probably heard of the famous “Five Second Rule.” This is the idea that if you drop your food on the floor and pick it up within five seconds, it is okay to eat because the germs did not have time to attach to the food. This might sound comforting, but is this true? Or just an urban legend that somehow became conventional wisdom?

A food science research team at Clemson University decided to carry out an experiment to find out. Led by Dr. Paul Dawson, the team put together an experiment to determine exactly how long it took food to become contaminated after coming into contact with a surface that was covered in bacteria.

They spread salmonella typhyrium on several different surfaces, including wood, carpet, and tile, to replicate the different types of flooring found in a typical home. Next, they dropped some bread or a slice of bologna onto the contaminated surface and let it sit there for five, 30 or 60 seconds. They repeated this procedure two, four, eight, and 24 hours later to see if the passing of time affected the likelihood of bacterial transmission.

The team’s findings were interesting. It seems the Five Second Rule is not scientifically sound. The researchers found that bacteria were able to contaminate the food almost immediately, even within that five second window. However, the food that was left on the surface for longer periods of time did have more bacteria, so there is some truth to the idea that less time the food is on the floor, the less contaminated it will become. The type of bacteria and how much is present seems to play a greater role in determining whether it is dangerous or not. If it is a bacterium like salmonella, it is much more serious than some others. Also, if the food is wet or sticky, this will cause more of the bacteria to affix itself to the food.

The bottom line: Just don’t eat food off the floor. It’s unlikely that there is salmonella on a typical floor, but you will still be eating bacteria. Besides, it’s just bad manners.