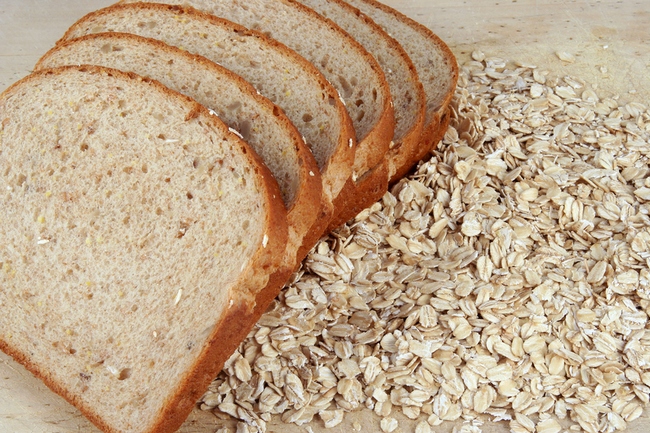 Depending on your age you probably grew up with some erroneous food “facts.” Fat is bad. Butter is bad. Vegetable oils are good. Sugar is bad. Marijuana is the devil! Well, ok, maybe not the last one because it isn’t considered to be food, but you get the idea. Some of those things are true, others aren’t but that doesn’t mean that everyone has jumped on the new information about food bandwagon.

For example, the idea that fat is what makes us fat was never based on any real scientific evidence and now has been proven, over and over, to be false. When you look past all the anti-fat propaganda that is out there and all the hysteria over some types of foods (such as meat or gains) then you can do some research into what is true,

We have a good start for you here. Read on about 5 foods that have been demonized as “dangerous foods” and find out the truth. Nope, no demons here.

Let’s be upfront right off the bat, shall we? Some people are intolerant to grains. That’s a fact. Some people are intolerant of nuts, strawberries, and seafood also, but you don’t see people demonizing those foods. Grains are a super-hot topic right now and it makes sense, since Americans consume huge quantities of grain, both directly and indirectly. We consume grains directly when we eat them via breads, cereals, pasta, and by themselves. If you consume meat, animals also eat grains. We then consume these grains indirectly.

Some people are very sensitive to gluten, which is a substance found in wheat and other grains. You should always listen to your body as to what works best for you, not what some celebrity or television doctor tells you what is good for you. Grains, in and of themselves, don’t make us fat. You probably know plenty of people who eat grains who are muscular, lean, and healthy. It’s what we do to grains (smothering them in heavy creams sauces, baking them and filling them with sugar) that make us fat.

Did someone tell you that grains contain toxins? The truth of the matter is that almost everything we consume in this world contains toxins. Yep, even the organic stuff. Although organic foods have less, that doesn’t mean that they don’t have any. Our ancestors didn’t live on fruit and meat alone, friends. Chances are very good that they ate whatever was on hand: nuts, seeds, roots, grains, leaves, bark, and bugs.

If grains bother you, then don’t eat them. But if you have removed grains from your diet and you still have health problems or don’t feel right, you need to look elsewhere.

Related Posts
be awarefoodshealth benefits
Help Us Spread The Word!
Like Us On Facebook To Stay Updated!
I'm already a Naturalon fan, don't show this box again.