An All Natural Solution to Grow Thicker Longer Hair, Eyelashes, and Eyebrows

Ladies, have you ever accidentally over plucked your brows and they just never really grew back like before? Tired of using that eyebrow pencil to fill in those bald or thin spots?

Gentlemen, have you noticed that your hair is getting a bit thin on top? Or there’s an annoying little bald spot right on the back of your head? Is it getting so bad you’re thinking of doing the comb over?

Ladies, would you like to have thicker, longer lashes natural? Without those annoying glues or stick on lashes? 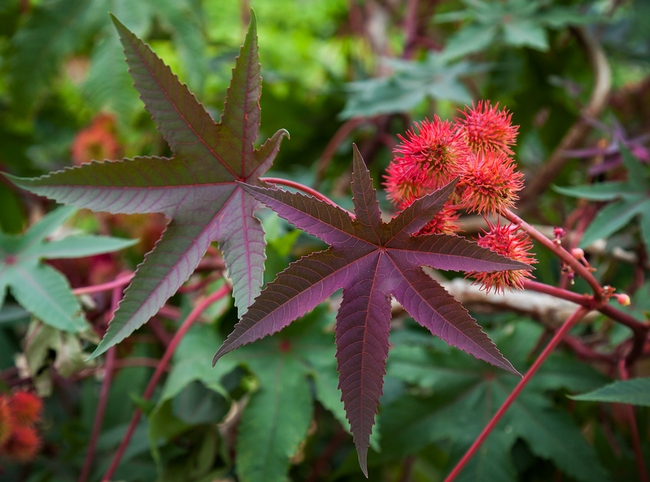 Castor oil is very high in a natural anti-bacterial, anti-fungal compound called ricinoleic acid. This means that castor oil can prevent any bacteria or fungus from inhibiting the growth of hair. This oil is also very thick, so perhaps it stops hair loss by covering the hair and protecting it from falling out. It is also a great conditioning treatment to help reduce split ends and breakage.

Castor oil is also high in a very nourishing fatty acid, omega-9, which can give much needed nutritional support to the hair, the follicle, and the skin surrounding the hair. Even though it is very thick, castor oil is deeply penetrating oil, and this allows it to deliver its nourishing and protecting properties deep into the follicles that create hair. Castor oil improves the blood flow to the scalp, which is important for stimulating the growth of hair. Find out top foods that encourage hair growth.

On top of all that, castor oil is a high gloss type of oil, so it gives hair a shine and a lush, glossy look. With castor oil, a little bit goes a long way. So add only a tiny bit to the very ends of your hair instead of putting a handful near your scalp if what you are looking for is smooth, frizz free hair. If your hair tends to frizz out or has fly away ends, try placing about two drops on your hands. Rub them together, and then smooth your hands over just the ends of your hair. If your hair looks greasy, you’ve used too much.

If you want to regrow hair on your head, castor oil is a great scalp treatment. Since it is rather thick, however, it’s sometimes difficult to get it down to the scalp. You might want to try adding a bit of apricot kernel oil, sweet almond oil, or even a bit of melted coconut oil and mix some with the castor oil to help thin it out just a bit, so it can reach your scalp.

If you want to thicken the hair at your hairline, guys, you can use pure castor oil. Try applying some with a Q-tip to make sure you get it on the scalp or a baby brush and brush it in right along the hair line.

Ladies, you can also add it to your eyelashes to help them grow in thick and long, with no worries about side effects (like blindness! Omg!) Such as the ones that come from using those other over the counter eyelash treatments. Apply a thin layer of castor oil with a Q-tip directly to the lash line every night before bed. It might take two or three months to see the results, but they will happen.

You might have also heard that castor oil is great for keloid scars and the scars that have a great deal of very hard scar tissue. It’s true! Because castor oil can penetrate the skin so deeply, and soften the skin so much, it’s believed that it helps to break down the harder scar tissue. Studies have also shown that the oil from castor beans might stimulate the production of white blood cells, so it can help reduce an inflammatory response in subcutaneous tissue. This is probably why castor oil speeds healing and can keep wound scarring to a minimum. Read more about removing skin tags with castor oil.

This rich, thick oil is also great for the lips. Our lips are constantly exposed to the elements, and although they recover quickly because they are regenerate quickly, they tend to dry out and peel should they become even the least bit dehydrated. Castor oil can smooth out the lips with its fatty acids, while it protects them due to its thick, rich nature. Adding just a drop of castor oil to your lips with improve their appearance, and their health, at the same time.

Try adding some cold pressed castor oil to all those hairy parts of your body (well, those places where you want more hair) and let it work its magic.