Are Saunas the Next Performance Enhancing Drug?

In much the same way high intensity training can vastly improve your cardio and muscular workouts, increasing the core temperature of your body for short periods of time, such as what occurs when you use a sauna, can offer you dramatic improvements to your performance.

This is called hyperthermic conditioning, and it has many positive effects on the body, from increased endurance to the production of HGH (human growth hormone) as well as the growth of new brain cells. 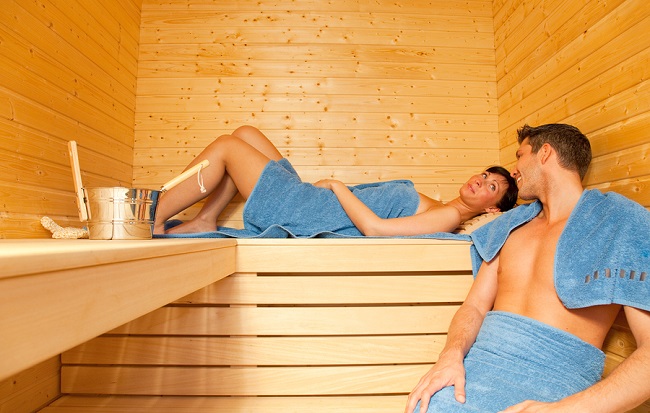 Saunas have been used for hundreds of years around the world. They are very common in Asia and Eastern Europeancountries, and in some countries, such as Finland, they are in every single home, in very much the same way you find bathtubs in the bathrooms of homes in the USA.

Saunas are well known for their ability to detoxify the body (find out how else to detox the body naturally), as well as relaxation of the mind and muscles. These heated rooms are becoming more popular with athletes as well, but not solely for the purpose of relieving sore muscles. Many doctors believe that when you increase your body’s core temperature for short periods of time, such as 20 to 30 minutes, you can improve your endurance. Even if you aren’t an athlete or are not into sports, you can still benefit from this as your body’s level of endurance can affect your overall health, especially your heart.

When exercise is done at a high intensity, it builds your muscles as well as your endurance, and it’s no coincidence that your body temperature goes up during exercise. In the same way exercise increases your body temperature, saunas do the same thing. In simple terms, when your body undergoes a reasonable amount of heat stress, it becomes accustomed to the heat, and this prompts numerous beneficial changes to the body.

Just a few of these changes include increased blood flow to the heart as well as an increase in plasma volume. More blood means increased muscle mass due to the presence of higher levels of heat-shock proteins and growth hormones.

This isn’t just a theory, either. In one study, subjects who took a 30 minute session in a sauna twice a week for three weeks after their regular workouts increased their endurance rate by more than 30 percent, after just three weeks!

You may have heard of the human growth hormone, or HGH, that many athletes take in an effort to grow more muscle. After 30, your body drastically cuts back on this hormone. This is what causes the majority of the muscle loss and atrophy that occurs with aging. So as you get older, it’s extremely important that you maintain those HGH levels.

Using a sauna, combined with exercise, can lead to large increases in the production of HGH, as well as another type of hormone that is super beneficial to your brain.

Making HGH is just one of the benefits from using saunas. Muscle growth is also encouraged by increasing the net protein in your muscles, all without using any synthetic drugs.

When you use saunas regularly, your body will create heat shock proteins (HSP’s) which, as you might have guessed from the name, are encouraged to form by heat. Short term exposure to heat will allow HSP’s to prevent damage by destroying those aging free radicals as well as providing support at a cellular level to increase their antioxidant capacity. Read also about antioxidant rich foods.

Using saunas is a great way to have their bodies’ increase their HSP’s and increase muscle growth, all without doing anything more than relaxing in a super-heated room for 20-30 minutes several times a week.

Another study done with animals suggested that this short term exposure to heat can increase your lifespan by as much as 15 percent. So think of saunas as the anti-aging, muscle growing, life expanding, and relaxing room of the future.

Since saunas are known to increase muscle growth, should you injure yourself,  no matter how severely, all you need to do is spend three or four days a week in a sauna session and you will boost your muscle building, muscle repairing HSP hormones.

There are many, many more benefits to using saunas including:

Always use common sense when using saunas. Your body will need to become accustomed to the heat gradually. If you haven’t used them regularly, then start with a maximum of 4 to 5 minutes. Then you can add about 30 seconds at a time until you can comfortably deal with a 20 – 30 minute session.  Remember to never use a sauna if you have been drinking alcohol and always listen to your body as to how much heat you can tolerate.