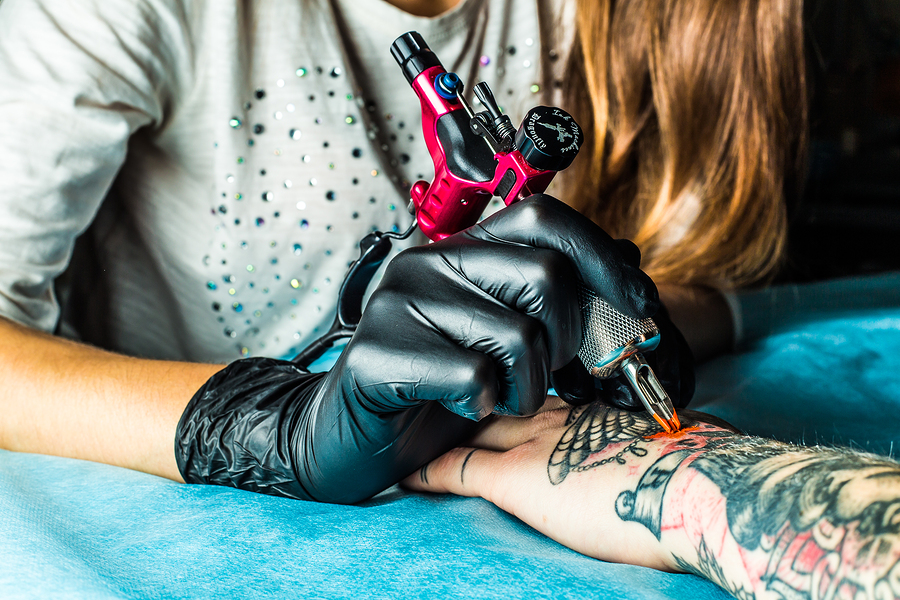 Tattooing is an ancient form of body art that continues to be popular in countries around the world. Once some people get their first tattoo, it becomes almost an addiction, and grants access to a subculture of people who love to carry symbolism and elaborate artwork on their bodies. But is it possible that the ink that so many people love to adorn themselves with might be dangerous? According to a new report at Green Med Info, there is some evidence suggestion that chemicals found in tattoo ink can lead to problems with the immune system. Should you call off your appointment at the tattoo parlor? Let’s get the facts straight, and shed some light on these new concerns about the safety of tattoos.

The practice of tattooing dates back to prehistoric times. In fact, the famous 5,300-year-old “Ice Man” discovered in the Italian Alps in the 1991 was later discovered to have 61 tattoos on his body! The word “tattoo” has its roots in the Tahitian language of the Pacific Islands and was introduced into the English language by Captain Cook’s expeditions to those islands in the 1700’s. This led to the incorrect belief that tattooing itself was introduced to the rest of the world through contact with Pacific Islanders, but the truth is that tattooing has been practiced all over the world by countless cultures for many thousands of years.

Traditionally, tattooing was done with ink derived from items like tree bark, soot, and ink that was normally used for quills or pens. Some recipes also call for traces of heavy metal ingredients, and modern tattoo ink varieties in particular make use of various metals to produce different colors. Some of these include metals like titanium oxide, nickel, zinc, cobalt, and more.

Anything that involves penetration of the skin or injection of a foreign substance will trigger an inflammatory response. This is just the body’s natural reaction by which it attempts to repair the damage. In some cases, tattoos lead to an increased risk of localized skin infections or diseases, including eczema, sensitivity to heat and light in the affected areas, or morphea.

There is also a plethora of potential health risks associated with tattoo ink, according to a recent article on GreenMedInfo.com. The risks are wide-ranging and are linked to chemical and heavy metal ingredients found in the ink. Interestingly, the color of the ink is often a factor in what particular risks there may be, since different chemicals and metals are used to produce different colored inks.

Colored tattoo ink, for instance, is often produced with inks used for printing on paper. These colored inks can decompose at a level that may not be perceptible to the naked eye and release aromatic amines that can accumulate in your body’s lymphatic system and affect the immune system as a result. They can also cause inflammation and genotoxicity (damage to the DNA) to some degree. Pigments in red and yellow inks in particular often contain a chemical called 3,3-dichlorobenzidine, which is classified as a probable human carcinogen. There is also a risk of heavy metal toxicity, which can cause all kinds of health problems depending on the metals in question.

Black inks also may pose some risks, since they are often derived from the incomplete burning of hydrocarbons, and as a result include chemicals called polycyclic aromatic hydrocarbons (PAH). PAH is known to increase the risk of developing cancer and has mutagenic effects on the DNA.

What’s the bottom line on tattoos?

Does all this mean you are definitely going to get cancer or some other disease if you get (or already have) tattoos? Not necessarily. This information is just presented here to point out that certain chemicals used in tattoo ink are known to have negative effects on human health.

READ ALSO: Top 10 Toxic Things That Are Poisoning Your Kids

It is possible to make tattoo ink from more natural ingredients such as turmeric, and this may become more popular as time goes on and with increased customer demand. As it stands now, the tattoo ink industry probably needs more oversight from public health regulatory bodies. In any case, tattooing is not generally considered a dangerous practice. (It would be far more irresponsible for your health to take up smoking than to get a tattoo, for example.) But it is still a good idea to educate yourself about the potential health effects if you plan to get a tattoo.

Related Posts
be awareskinskin care
Help Us Spread The Word!
Like Us On Facebook To Stay Updated!
I'm already a Naturalon fan, don't show this box again.